Katt Williams was confronted by a man named Lamorris Sellers on Monday night Williams tells TMZ that Sellers approached him as he was exiting an Atlanta comedy club, and that he pulled out a gun and pointed it at the comedian’s face.

Local police said they talked to Sellers, who admitted to having a gun, but reportedly denied pulling it out. Sellers claimed the gun fell from his waistband while he was chasing Williams. The surveillance video shows Sellers chasing Williams into the store, but does not show him holding a gun. Check it out below.

Sellers is the husband of radio host Wanda Smith, and the altercation is said to be due to a recent appearance that Williams made on Smith’s show Frank & Wanda In the Morning. The two clashed while on the air, and Williams roasted Smith, poking fun at her weight, her hair, and her sense of style throughout the interview.

“I didn’t expect to be sitting here going back and forth with a legend like Katt Williams,” Smith later said. “When he started coming at me, it kind of threw me off. It felt like, as he started to talk in the beginning — he had an agenda.” The interview itself went viral, with many finding Williams’ responses humorous. It currently has 2 million views on YouTube.

Williams & Sellers Had a Verbal Confrontation 2 Days Prior

Smith addressed the incident between Sellers and Williams on Monday’s episode of Frank & Wanda In the Morning. She didn’t say whether her husband pulled a gun on Williams, but she did reveal that the two of them had a meeting on Saturday before the altercation.

Smith said that Williams saw her outside of a theater and walked up to her and began insulting her again. “He said, ‘I told you f**king with me would make you go viral.’ My husband said, ‘Hey dawg, find something else to do, dawg,'” Smith said. “And then [Katt] said, “I’ll jump on your big ass too.”

The Atlanta Comedy Theater released an official statement in the hours following the incident:

There is a lot of speculation and misinformation on the Internet about the incident with Katt Williams and Wanda Smith’s husband. The verbal altercation took place outside in the parking lot and NOT inside the Atlanta Comedy Theater. One of our security guards witnessed the incident as well as helped quickly de-escalate the situation, and reported he saw NO gun at anytime.

We are an upscale comedy club and employ in-house security as well as off-duty officers at every show. We admire and respect both Wanda Smith and Katt Williams for their work in the standup comedy field and this is just an unfortunate incident with two clashing personalities. It is our understanding Mr. Williams stated he did not want to press charges so all the talk seems to be much ado about nothing.

Local police have stated that there were no independent witnesses of the altercation, but that Williams said he won’t press charges. 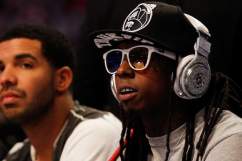 Loading more stories
wpDiscuz
0
0
Would love your thoughts, please comment.x
()
x
| Reply
After insulting a radio host on the air, comedian Katt Williams was confronted by her husband.