Senator Orrin Hatch was a member of the Senate for more than 40 years. He was first elected to represent Utah in 1977. At age 84, he was the longest-serving Republican senator in the history of the chamber.

He gave a farewell address to Congress on Wednesday, December 12. He warned that the Senate was in “crisis.” His tenure ended January 3, 2019.

Hatch returned to the Senate on January 15, 2019, to speak before the Judiciary Committee in support of Attorney General nominee William Barr.

During his final term in Congress, Senator Hatch faced criticism in light of the allegations of sexual misconduct against Supreme Court nominee Brett Kavanaugh. Senator Hatch suggested the accuser, Christine Blasey Ford, was “mixed up.”

1. Orrin Hatch Told Reporters That After Speaking with Brett Kavanaugh, He Believed It Was Possible That Christine Blasey Ford was ‘Mistaken’ and That Someone Else Had Attacked Her

"Yeah, I think that's only thing we can do now. A public hearing and have the judge express himself," Hatch told me. McConnell didn't go that far. pic.twitter.com/kNYmdCrCIP

On September 17, Hatch said that he thought Ford might have been “mistaken” about who attacked her. CNN reporter Manu Raju asked Hatch if he believed Kavanaugh’s side of the story. Hatch responded, “Yeah, I sure do… I think [Ford] is mistaken. I think she’s mistaken something. But, I don’t know. I don’t know her.”

Hatch told us he believed GOP would rely on female outside counsel to ask questions at hearing. “I think we will rely on the independent woman who is going to ask the questions”

Asked why GOP sens wouldn’t, Hatch: “We are hopeful she’s going to do the job that needs to be done”

2. Orrin Hatch Began His Professional Career as a Lawyer in Pennsylvania Before Moving his Young Family to Utah

Orrin Hatch was born March 22, 1934 in Pittsburgh, Pennsylvania. He has described an impoverished upbringing during the Great Depression. He was the first member of his family to attend college.

Hatch moved to Utah to attend Brigham Young University. He graduated with a degree in history in 1959. He returned home to Pittsburgh to obtain his law degree, with the help of a full honors scholarship. According to his Senate bio, Hatch kept three jobs while attending law school in order to support his family. He worked as a janitor, a metal lather, and an overnight desk attendant in a dorm.

Hatch graduated in 1962. He worked as an attorney in Pittsburgh for a few years before moving his young family back to Utah.

3. At Age 84, Orrin Hatch Has Been in the Senate Longer Than Any Other Republican in the History of the United States

Orrin Hatch ran for the Senate for the first time in 1976 as a self-proclaimed “dark horse.” He went up against a three-term incumbent, Democrat Frank E. Moss.

Hatch’s political ads reportedly involved him looking into the camera and saying, “”Senator Moss, 18 years is enough.” Hatch’s opponent in 1994 apparently tried to find a copy of this commercial, but the search came up empty.

In 1976, Hatch unseated Moss with 54 percent of the vote. His leading campaign principles were about promoting limited government and lowering taxes.

Cory Booker’s Net Worth: 5 Fast Facts You Need to Know

Senator Hatch has decided to bring his congressional career to a close. He won seven terms in the Senate, but decided not to pursue an eighth.

Hatch made the announcement on January 2, 2018. He stated his gratitude for living in a country where he could rise out of poverty to become a member of Congress.

Hatch’s statement included, “Only in a nation like ours could someone like me, the scrappy son of a simple carpenter, grow up to become a United States senator. As your senator, I’ve always sought to fight for those who could not fight for themselves. And I believe the results speak for themselves. I’ve authored more bills that have become law than any member of the Congress alive today.” Senator Hatch added that he had been an amateur boxer as a younger man, and that “every good fighter knows when to hang up their gloves.”

President Donald Trump reportedly urged Senator Hatch to run for another term. In December of 2017, during a visit to Utah, the president said that he hoped Hatch would “continue to serve your state and your country in the Senate for a very long time to come.” Republican Mitt Romney was elected to fill the seat. 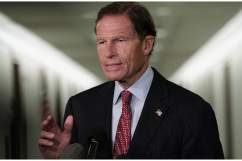 5. Senator Hatch Sponsored Nearly 200 Bills That Became Law and Said One of His Proudest Achievements Was the Passing of the Religious Freedom Restoration Act

In his final Senate term, Orrin Hatch served as Chairman of two committees: Finance and Taxation. He has often been in the public eye in 2018 as a member of the Judiciary Committee. In January, he prompted many jokes and memes after he apparently went to remove his glasses during a hearing. But, he was not actually wearing any glasses. (You can watch the video above).

According to GovTrack, Senator Hatch has sponsored 181 bills that were enacted into law during his four decades in Congress. In his announcement that he would be retiring, Senator Hatch said one of his “proudest legislative achievements was the Religious Freedom Restoration Act, which guarantees vigorous religious liberty and protections for all Americans.”

The act was passed by Congress in 1993 and President Bill Clinton signed it into law. But the Supreme Court ruled in 1997 that it could not be applied to the states. The high court ruled that the law did not specify how states could enforce it. There were concerns about possible discrimination. The Religious Freedom Restoration Act was cited in cases involving a business’s right to deny services to same-sex couples, and in the Hobby Lobby decision, in which the court ruled that a business could legally deny contraceptive coverage to its employees for religious reasons.