Renee Fleming is an American professional opera singer. She was asked to perform at Senator John McCain’s funeral, which took place on September 1, 2018. The late senator personally made the choice to ask Fleming to perform several weeks before he passed away from brain cancer.

Fleming was back on national television for the airing of the Kennedy Center Honors on December 26, 2018, on CBS. She sang “Aurora Leigh” in tribute to saxophonist Wayne Shorter.

1. Fleming Was Asked to Sing ‘Danny Boy,’ One of Senator McCain’s Favorite Songs, at His Funeral

Before he died, Senator John McCain reportedly enjoyed sitting on the front porch listening to the ancient Irish song “Danny Boy.” The famous tune appeared to be a comfort to him as he battled brain cancer. (McCain and wife Cindy both have Irish ancestry). CNN reported that during one of these listening sessions, his former campaign manager Rick Davis was sitting there with him. McCain commented that he wanted “Danny Boy” sung at his funeral. Davis suggested opera singer Renee Fleming would be the perfect person to sing it. McCain reportedly teared up at the idea, and Davis formally asked Fleming if she would do it.

Fleming said she was “touched” by the request. She and McCain had met once before, when she performed at the Al Smith dinner during the 2008 presidential campaign. She told CNN it was an honor to be asked to sing at the senator’s funeral. “He stood so much for the American values that I certainly treasured growing up; for independent thinking, for collaboration and that extraordinary work ethic.”

Fleming has been singing the traditional ballad her entire life. She says he first fell in love with “Danny Boy” as a child. The soprano singer included the song on her album “Guilty Pleasures,” which was recorded with the Philharmonia Orchestra. She said in an interview in 2013 that the song reminds her of her father.

Fleming also performed the ballad at the Kennedy Center in Washington, DC, during the American Voices Concert in 2015. You can watch that performance in the video above.

2. Fleming Had to Get Permission to Miss a Performance From Her Broadway Director, in Order to Perform at McCain’s Funeral

Renee Fleming said she had to ask permission from her boss to sing at John McCain’s funeral. She is starring in Rodgers and Hammerstein’s “Carousel” and missing a show is no small request. But she said the director quickly agreed.

Fleming has been bestowed with many awards, including four Grammys, but “Carousel” was actually her very first Broadway show. Rodgers and Hammerstein’s “Carousel” originally debuted in 1945 and was a hit with audiences. It was also reportedly the pair’s personal favorite show they had written. “Carousel” made its return to the Broadway stage on April 12th, 2018 at the Imperial Theatre.

Fleming told CBS This Morning that as an opera singer, Broadway was never on her radar. But when the producer and director reached out to offer her the role of Nettie Fowler, she decided to give it a try. “I wasn’t aspiring to take on new worlds. It came out of the blue and the timing seemed right.”

Fleming described the transition from opera to Broadway as being “massive” because Broadway shows use microphones. In opera, microphones are not used. She says the presence of that technology is what allows singers to perform eight shows per week on the Broadway stage, as opposed to opera singers that can only sing maximum three times per week. Fleming described opera singers as being the “power lifters of singing.”

3. Known as ‘America’s Go-To Diva,’ Fleming Has Performed at Several Events Important to the Public, Including a 9/11 Memorial, an Inauguration and a Super Bowl

Renee Fleming has been a consistent presence on the American stage at important events. As the nation mourned on the one-year anniversary of the September 11th attacks, Fleming provided comfort with her voice. She sang the classic “You’ll Never Walk Alone” during “The Concert for America 2002,” which was broadcast nationwide from the John F. Kennedy Center for the Performing Arts.

GettyU.S. President Barack Obama presents a 2012 National Medal of Arts to Renee Fleming for her contributions to American music, during a ceremony in the East Room of the White House on July 10, 2013 in Washington, DC.

Fleming also made history in the world of sports. In 2014, she became the first opera singer to perform the national anthem at a Super Bowl. She sang the anthem before Super Bowl 48, backed up by an armed forced chorus. The Washington Post wrote at the time that Fleming was appearing as an “ambassador” of sorts, because a majority of the American public is not regularly exposed to opera. The reaction from viewers was overwhelmingly positive.

4. Renee Fleming Began Singing Opera Professionally While Still a Student at Juilliard, and More Recently Has Been Featured on Major Motion Picture Soundtracks

Renee Fleming was born February 14, 1959 in Pennsylvania. But she spent most of her childhood in the small village of Churchville, near Rochester, New York. Music was prominent in the house because both of her parents were music teachers. Fleming honed her skills at the prestigious performing arts school Juilliard in New York City. She began singing professionally while still a student.

In addition to English, Fleming is also fluent in German and French. She also has Italian skills, but says she never fully conquered that language. She got her start by singing in smaller venues and lesser known opera companies throughout the 1980s. But she became more well-known in 1988, when she won the Metropolitan Opera Auditions at age 29. The annual competition is meant to help young singers gain exposure in the industry. Fleming’s career took off from there. She performed with the Houston Grand Opera later that year in the Marriage of Figaro. In 1989, she appeared with the New York City Opera for the first time. Fleming performed the role of Mimi in the hit show La Bohème (the hit Broadway show RENT is loosely based on La Boheme). (You can see more about Fleming’s opera career and numerous awards here).

In recent years, movie fans have also been exposed to Renee Fleming’s extraordinary voice, though they may not have known it. She sang on the soundtrack for the blockbuster hit movie Lord of the Rings: The Return of the King. She sang in the language used by the movie’s elves for the hauntingly beautiful song Twilight and Shadow. She also contributed her voice to the soundtracks’s songs The End of All Things and The Return of the King. In 2018, Fleming sang You’ll Never Know for the soundtrack to The Shape of Water, which won the Oscar for Best Picture.

5. Fleming Has Been Married Twice and Raised Two Daughters

Renee Fleming married actor Rick Ross in 1989, right as her opera career was really taking off. They met while they were both attending Juilliard. They had two daughters: Amelia was born in 1992 and Sage followed in 1995. But the marriage unraveled in the late 1990s, and was finalized in 2000.

Her daughters have traveled all over the world with their mother. A 2012 article in NJ.com stated that Fleming insisted on having Amelia and Sage with her whenever possible. But she was less adamant that they follow her footsteps and become singers. She told the website, “We’ve had the discussion. I’m in a position to be helpful. I can speak honestly about how challenging it is. They’re not in dreamland — they can really imagine what’s involved.”

Fleming found love again with second husband Tim Jessell, who works as a corporate lawyer. They tied the knot over Labor Day weekend in 2011. They were set up on a blind date by friend and author Ann Patchett. 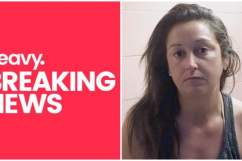