Alaina Custer is the North Carolina waitress who was surprised by a $10,000 tip in cash. The customer ordered only water, but wanted to reward the student in a big way. The customer turned out to be YouTube star MrBeast.

MrBeast, whose real name is Jimmy Donaldson, has nearly nine million subscribers to his YouTube page. Some of his videos include giving extraordinary gifts to unsuspecting people. Alaina Custer was the latest in this giving scheme; a video crew was there to film Custer’s reaction to seeing the money, according to the News & Observer.

1. MrBeast Left a Note That Said ‘Thanks For the Delicious Water’ Along With the Stack of $100 Bills

The gift of $10,000 in cash surprised everyone at the Sup Dogs restaurant in Greenville, North Carolina. MrBeast and a friend went to the hot dog shop on Saturday, October 20. They ordered two glasses of water, and took just a few sips while browsing the menu.

The waitress who brought the water was Alaina Custer. When she returned to the table to take the food order, her customers were gone. But they had left a massive stack of $100 bills on the table. There was also a handwritten note on a napkin that said “Thanks for the delicious water.”

Custer told the News & Observer that at first, she thought the cash was a joke. She did not believe it could possibly be real. “I tried to start counting, but I was shaking too bad and it was way too much to count.”

2. Alaina Custer Was Reassured the Tip Was Real After Realizing a Camera Crew had Recorded the Entire Scene & MrBeast Came Back Inside the Restaurant

“I picked it up and it was a giant stack of hundreds. I was shaking and just kept asking Bret, ‘What is this?’ I thought someone was playing a joke on me.”https://t.co/H3jZzhEXik

Alaina Custer was clued in to what was happening by two more “customers” at a nearby table. They had recorded the entire encounter and her shocked reaction to the extra-large tip. She explained to the News & Observer, “They just told me about their YouTube channel and how they were going around blessing servers’ days.”

Jimmy Donaldson, aka MrBeast, came back inside the restaurant. Custer said she gave him and his crew big hugs.

The owner of Sup Dogs, Brett Oliverio, said he was pretty taken aback by the generosity as well. He told WNCT-TV, “Good people are still doing good things these days so I thought it was pretty cool. I’ve seen some really big tips but not $10,000. This was out of the blue, once in a lifetime.” 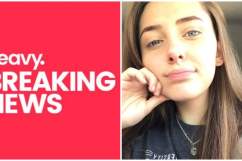 The tip was for Alaina Custer. But she decided to continue to pay it forward and split the $10,000 gift with her restaurant co-workers. She kept $800 for herself and divided the rest.

Custer told the News & Observer that she felt “blessed” to be surprised with all that money. She said it was an easy choice to share the wealth with everyone she works with. “Most of us that work at Sup Dogs are broke college kids and that’s going to help me out so much. We got to all split it up, which will help a lot of people.” 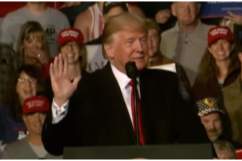 4. Alaina Custer is a Student at East Carolina University

Alaina Custer is 22 years old and attends East Carolina University. Her LinkedIn page indicates she was scheduled to graduate in 2018. A recent photo album she shared on Facebook also indicates that fall 2018 was her final semester as a college student; the album was titled “One last semester.”

Custer has shared multiple posts on Facebook about the importance of maintaining a healthy lifestyle. For example, she shared a screen grab of a tweet sent by Piers Morgan in which he wrote that a 5’3″ 300-pound person did not project a “positive body image.” On September 7, Custer shared a “before and after” post showing her own journey to losing weight. The caption reads, “Just posted these before & afters on my keto page. But an avocado a day keeps the lbs away!!!! Praise the lord for this way of eating ☺️”

Custer is also an animal lover. She appears to devote part of her time to helping find homes for rescue dogs. Her Facebook page include several posts of stray dogs that need adopting. She also promotes animal fostering. 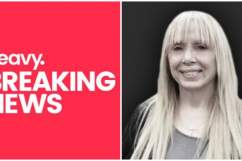 5. Jimmy Donaldson Has Been Posting Videos to His MrBeast YouTube Channel Since 2012 & Has Attracted Nearly Nine Million Subscribers

Can 1,000 Rolls Of Duct Tape Stop A Car??WILL THE CAR MAKE IT THROUGH? Download PUBGMOBILE: http://bit.ly/MrBeastPubG Can 1,000 rolls of duck tape stop a car? To Win A Samsung Phone 1. Download PubG Mobile using my custom link http://bit.ly/MrBeastPubG 2. Like this video + Comment your in-game gamertag 3. We will randomly choose 5 people to win 5 Samsung S9 phones Follow…2018-04-30T22:09:00.000Z
James Donaldson, 20, has been sharing videos to his YouTube channel under the name MrBeast since 2012. His videos have attracted more than 1 billion page views, and he has nearly nine million subscribers. The video surprising Alaina Custer with the $10,000 tip had not yet been shared to the channel as of Monday, October 22.

Some of his videos include him performing random stunts. For example, in the video above, he used 1,000 rolls of duct tape to create a solid barrier. The poles on either side were cemented into the ground. Donaldson wanted to see if the tape would stop the vehicle. (It did not). Other stunts Donaldson has put together for his channel included putting a grenade into a microwave, building a working car using Legos, and testing whether a sword that had been heated to 1,000 degrees could slice into a car.

Donaldson has also built a reputation for giving away large sums of money to unsuspecting people like Alaina Custer. He has filmed himself giving away thousands of dollars to various waitresses. He also gave $10,000 to a pizza delivery driver.

Donaldson loves to prank his fans as well. Every time he reached a new milestone in the number of subscribers to MrBeast, he granted a “reward.” When he reached 3 million subscribers, that person was give 3 million pennies. The person who made it 4 million subscribers was given 4 million cookies. The gift at 5 million was pieces of popcorn. The next person received six million blocks of dirt in the Minecraft game and $6,000. The next person got seven million sheets of toilet paper and $7,000.

For the 8 millionth subscriber to MrBeast, which he reached in December, Donaldson gave that person $8 million in fake or Monopoly money. But the real prize was dozens of $8 stacks, totaling at least $2,000.