Facebook Kamira Trent is being hailed a hero on social media for standing up to another woman who was allegedly telling off two women for speaking Spanish.

Kamira Trent is being hailed a hero on social media for standing up to another woman who was allegedly telling off two women for speaking Spanish. Trent stepped in and started shouting the woman down, telling her to “leave these women alone!”

1. Trent Shouts Down The Woman, Telling Her To Leave Two Mexican Ladies Alone & Quit Harassing Them

The footage, which has been viewed more than 500,000 times since it was posted to Facebook by one of the girls being harassed, shows Trent shouting down Dwire in an aisle of a City Market grocery store in Rifle, Colorado, on Monday afternoon.

“I’m calling the cops. You leave these women alone! Get out!,” Trent tells Dwire in front of two women from Mexico, Fabiola Velasquez and Isabel Marin, who had been speaking Spanish to each other.

“You come from a generation that’s destroying this country,” Dwire replies.

“No I do not. I have respect. You do not harass people,” Trent shoots back.

“You will lose your country,” Dwire says, pointing her finger at Trent. “You know what, you will lose this country.”

Trent, who walks away with the woman further down the aisle, can be heard yelling “you do not harass Hispanic women!” while the woman continues to tell her that she will “lose this country.” 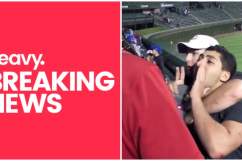 Dwire can be seen pointing her finger at Trent while shouting as the two argued.

According to interviews with the women involved, Dwire overheard two women from Mexico, Fabiola Velasquez and Isabel Marin, speaking Spanish to each other, and interrupted to ask if the women lived in the United States and whether they liked the country. When the women replied that they did, Dwire told them to learn to speak English, her voice quickly rising as the conversation escalated.

Velasquez, who had been in the United States for eight years, told BuzzFeed News that Dwire was aggressive and kept putting her hand in her face. Velasquez had her three children with her when the confrontation began.

Trent told BuzzFeed said she overheard Dwire tell Velasquez and Marin, “You’re in America. You’re in my country. You can’t speak Spanish here. You need to speak English if you’re going to be in America.”

Trent eventually called the police, and Dwire was “arrested, taken to Garfield County Jail, and charged with two counts of bias-motivated harassment, according to an arrest affidavit,” BuzzFeed reports. She was released on bond and is due back in court in November.

3. Trent First Tried to Deescalate the Situation, But Eventually Called The Police As The Argument Continued

Trent told BuzzFeed that she initially tried to deescalate the situation by reminding Dwire that the U.S. was a free country and that the women had the right to speak in whatever language they chose.

“She just got angrier and angrier. I was trying to get her away from the two women, but she wasn’t going to leave them alone,” Trent told BuzzFeed. “What she said and the way she said it was wrong.”

According to BuzzFeed, Dwire then told Trent it was none of her business, and after ten more minutes of bickering back and forth, the argument escalated into a shouting match, with Trent calling the police.

Carlos Cornejo, the arresting officer, wrote that when he arrived, he heard Dwire yelling “something to the effect of ‘this is what is wrong with our country’ and ‘they should not be speaking Spanish here.'” 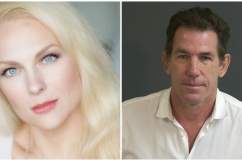 4. Social Media Users Are Praising Trent For Her Intervention & Thanking Her For Defending The Two Hispanic Women Against The “Racist”

You, #KamiraTrent, are a gotdamn #SHEro! If we all had to put our @23andMe or @Ancestry results as our profiles, maybe we’d have a bit more tolerance. And peace and quiet. #TheRightSideOfHistory https://t.co/ar2sa94NGG

Thousands of users flooded Twitter and Facebook with praise for Trent, thanking her for supporting the two women who Dwire was harassing. Trent’s Facebook profile picture already has more than 400 comments with people from all over the world commenting on how proud and appreciative they were that she stood up to the “racist” woman.

Guadalupe Banda wrote: “Thank you for being an advocate for those who need it. We need more people like you.”

Twitter lit up with similar posts, with people thanking her for “standing up to racism and bigotry.”

Her name is Kamira Trent and I am proud of her and all men and women that have the courage to stand up to racism and bigotry.
Thank you Kamira
https://t.co/Ts5gyi1lLW

“So proud that the person standing up to this disgusting racist pig is from Colorado. Thank you #KamiraTrent, for keeping our state a beautiful place for everyone,” one user wrote.

Another user wanted Trent to know how appreciated she was for showing what a “true ally” looks like.

Please tell Kamira Trent that we appreciate her for showing one of the many examples of what a true ally should exemplify. https://t.co/tLgmyG8uhr

5. Trent Hugged Velasquez & Marin Later & Learned That She Previously Coached Marin’s Daughter With Her Own

In a Facebook comment accompanying video of the incident. Velazquez wrote in Spanish, “I never thought this would happen to me.”

“Thanks to another girl (that we didn’t know) she defended us and called the cops,” her post read. “I think they took and arrested the woman that was bothering us. I always saw these videos on social media and I would get angry and today, it was my turn. I can say that I felt a great feeling of helplessness.”

Trent told BuzzFeed that Velasquez and Marin thanked her later that evening, and “the three hugged.” She learned later that she had previously coached Marin’s daughter alongside her own on an extracurricular volleyball team, according to BuzzFeed.

“It felt good to see someone who was born here defend us that way,” Velasquez said.

Trent’s profile is filled with pictures of her family and her husband, and her cover photo shows a love of the Denver Broncos. She describes herself as having “green eyes, dark hair,” and her bio states that she “live(s) for my family but also live life to the fullest extent cause you never know when it will end.”

“Same shit different day! If you can’t say anything nice…. Don’t say anything at all… Want in one hand and Shit in the other which one fills up Faster,” an (ironic) quote states on her wall.

READ NEXT: Terrence Carraway: A Tribute to the Fallen Florence Officer

Loading more stories
wpDiscuz
0
0
Would love your thoughts, please comment.x
()
x
| Reply
Kamira Trent is being hailed a hero on social media for standing up to another woman who was allegedly telling off two women for speaking Spanish.