Kenneth G. Appold was a suitemate of Brett Kavanaugh’s while they were both freshman at Yale. Appold told the New Yorker that he has information related to the sexual misconduct allegations against Kavanaugh and was willing to share his recollections with the FBI.

But Appold has been unable to reach anyone at the bureau. He submitted a statement online instead.

Senate Majority Leader Mitch McConnell scheduled a procedural vote on Judge Kavanaugh’s nomination for Friday. The FBI reportedly wrapped up its investigation on Wednesday, October 3, despite never having spoken to potential witnesses such as Appold.

1. Kenneth Appold Shared a Living Space With Brett Kavanaugh at Yale But Admits the Two Were Not Close Friends

GettySupreme Court nominee Brett Kavanaugh is sworn in to testify before the Senate Judiciary Committee on Capitol Hill on September 27, 2018 in Washington, DC.

Kenneth Appold told the New Yorker that he and Brett Kavanaugh lived in the same dorm during their freshman year at Yale. They lived in the same suite at Lawrance Hall. They were not roommates, but shared a common living area.

In the interview, Appold admitted that he and Kavanaugh were not close friends during college. He told the magazine, “We didn’t hang out together, but there was no animosity between us either.”

Appold explained that Kavanaugh appeared to have two sides to him. On the one hand, he was serious about school and could be reserved. But Appold said that the recent Senate hearings brought back memories of the more aggressive side to Kavanaugh, that he said tended to emerge when Kavanaugh drank alcohol. “He wasn’t beating people up, but there was an edge and an obnoxiousness.”

2. Deborah Ramirez Accused Brett Kavanaugh of Putting His Penis in Her Face at a College Party; Appold Said He Believes Her Allegations Because a Friend Told Him About it at the Time

Deborah Ramirez was the second woman to come forward with sexual misconduct accusations against Brett Kavanaugh. She claimed that at a party during their freshman year, Kavanaugh waved his penis in front of her face. She said he caused her to touch his penis without her consent.

Kenneth Appold did not witness the alleged incident. But he says he was told about it either that same night or the next day. Appold told the New Yorker that he was “100 percent certain” that Brett Kavanaugh was the person who was said to have exposed himself to Ramirez. Appold said he recently reached out to the person who allegedly told him about the Ramirez incident, but never heard back. That unnamed person, however, reportedly told the New Yorker he did not remember the incident.

Appold said he never discussed the incident with Ramirez, because they did not know each other very well in college. But he claims that her allegations match the story he was told 35 years ago.

One of the details that lined up was that people at the party were apparently pranking each other with plastic penises. Ramirez recounted that when Brett Kavanaugh allegedly opened his pants in front of her, she had remarked, “That’s not a real penis.” Appold confirmed that this was among the details that were shared with him at the time. Appold said he remembers feeling shocked when he was told what Kavanaugh was accused of doing at the party. 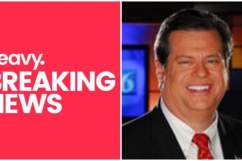 3. Appold Decided to Come Forward After Seeing Kavanaugh Deny Ramirez’s Accusations, But Has Not Spoken to the FBI

Kenneth Appold said he was reluctant to come forward, because he did not witness the alleged incident between Kavanaugh and Ramirez first-hand. He told the New Yorker that he decided to reach out to the FBI after watching Brett Kavanaugh vehemently deny the allegations. He told the magazine, “I had concerns that there was a good chance he wasn’t telling the truth.” Appold added that he was certain Kavanaugh had lied about his past drinking habits as well.

However, the FBI has not spoken with Appold about his recollections. Appold reached out to the agency but said he never heard back. He was not the only one. Kavanaugh’s former roommate James Roche also came forward to say he believed Ramirez and that the FBI had not spoken with him either. 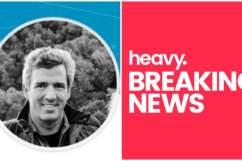 4. Kenneth Appold Does Not Appear to Have Ever Donated Money to Any Political Candidates

As the investigation into Brett Kavanaugh unfolds, the political affiliations of his accusers have come under scrutiny. Critics have called attention to the fact that Deborah Ramirez is a registered Democrat. Christine Blasey Ford has given small donations to Democratic candidates.

This goes along with the accusation made by some Senate Republicans, that the Democrats are promoting an unfair smear campaign against Kavanaugh. Senator Lindsey Graham has referred to the entire process as an “unethical sham.” Arkansas Republican Senator Tom Cotton said that Ford had been “victimized” by Democrats because her “requests for confidentiality” were “betrayed.”

As for Kenneth Appold, there does not appear to be any evidence, whether real or speculative, that he has a political agenda. His own political affiliation is unclear. Heavy looked into whether Appold has ever donated to political candidates. According to public records from the Federal Election Commission and the Center for Responsive Politics, Appold has never given money to any candidates for office, Republican or Democrat. 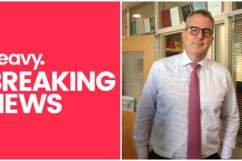 5. Kenneth Appold is a History Professor at Princeton Theological Seminary & is a Member of the Evangelical Lutheran Church

Kenneth G. Appold works as a professor at Princeton Theological Seminary. His official title, according to his university bio, is “James Hastings Nichols Professor of Reformation History.”

Appold previously taught church history at Johannes-Gutenberg University in Germany, and conducted research at the Institute for Ecumenical Research in Strasbourg, France. Now at Princeton, Appold focuses on teaching courses on the Reformation, the global history of Christianity, the relationship between the church and state, and early Lutheranism. Another area of interest for Appold is Christian ecumenism. Ecumenism refers to efforts made by leaders of various Christian denominations to develop closer relations with each other.

Appold describes himself as a Lutheran. He is part of the Evangelical Lutheran Church in America. According to his bio, Appold has previously served as co-chair of the Lutheran-Pentecostal International Study Group, which was an effort to promote better dialogue between the two denominations. He is also a member of the Lutheran World Federation.

Loading more stories
wpDiscuz
0
0
Would love your thoughts, please comment.x
()
x
| Reply
Kenneth Appold says he remembers being told that Brett Kavanaugh had exposed himself to Deborah Ramirez while they were all students at Yale. Appold and Kavanaugh were suitemates during their freshman year.