Jeffrey Zeigler was arrested for firing his gun at a 14-year-old boy who was lost in the neighborhood. The incident was recorded on Zeigler’s home surveillance system on April 12, 2018. Prosecutors showed that footage to a jury on October 11, 2018.

BREAKING: Jeffrey Zeigler of Rochester Hills was found guilty with assault with intent to do great bodily harm for shooting at a black teen asking for directions to school. FULL STORY: https://t.co/rpxEitwx6d

On October 12, the jury found Zeigler guilty of assault with intent to do great bodily harm.

1. The Video Shows Jeffrey Zeigler Aim His Gun at Brennan Morrow as the Teen Runs Away

53-year-old Jeffrey Zeigler of Rochester Hills, Michigan, told responding deputies he thought the teen was a potential robber. He said his wife was screaming that someone was trying to break into the house. Zeigler claimed he slipped once he got outside and that the gun had gone off accidentally.

But the surveillance video, which does not have audio, reveals a different story. 14-year-old Brennan Walker was seen walking up to the front door. He stands there for about 40 seconds after either knocking or ringing a doorbell. At :53, Walker suddenly turns and sprints away.

The video quickly reveals Zeigler coming out of the house, shirtless and holding a shotgun. Zeigler stands and takes aim, firing the gun once. He does not slip, as he originally told police. Luckily, the gunshot did not hit Walker and he was not hurt.

2. Brennan Walker Told Police He Had Missed His Bus & Got Lost Trying to Walk to School

A boy asking for directions and he got SHOT AT? 14-year-old Brennan Walker needed directions.. Walker knocked on the door of Jeff Zeigler to ask for help and the wife thought Walker was trying to break in. Jeff shot at him and thankfully missed. https://t.co/qrFnJfkRAw pic.twitter.com/rwnKTW9Zjl

Deputy Travis Dick responded to the scene that day, and found Brennan Walker nearby. The Detroit News reported that on the witness stand, the deputy testified that Walker was crying and was shaken up, but was otherwise unharmed.

Walker explained to deputies that he had overslept and missed the school bus that morning. His mother had taken away his cellphone, so he decided to try to walk, but got lost. Another neighbor, identified as James McFee, told officials that Walker had knocked on his door first. McFee said the directions were a bit complex, and that Walker had seemed “a bit nervous but polite.”

Walker testified during the trial that he got lost again trying to navigate out of the subdivision. He said that’s why he knocked on the Zeigler’s front door. He told WDIV-TV back in April that after he knocked on the door, “a lady came downstairs yelling at me. She asked me, ‘Why are you trying to break into my house?’ and I told her I was just looking for directions to Rochester High.”

Moments later, Zeigler appeared with the gun and Walker took off running. “I turned back and I saw him aiming at me. I was trying to run away fast and I heard a gunshot.” 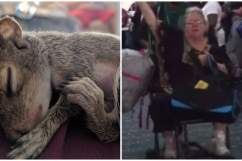 3. Zeigler Was Charged With Assault With Intent to Murder

Jeffrey Zeigler was arrested and charged with two felonies: Assault with Intent to Murder, and possession of a firearm in the commission of a felony. He paid bond and was released from jail as the case progressed, but he was required to wear a tracking device. Under Michigan law, the maximum penalty for assault with intent to murder is life in prison if convicted.

The jury was shown the surveillance video on October 11. The next day, they handed down a guilty verdict but on a slightly lesser charge. Zeigler was convicted of Assault with Intent to do Great Bodily Harm, as opposed to Assault with Intent to Murder, which is what the prosecution had been pushing for. Zeigler was also convicted on the weapons charge. He’ll be sentenced in November.

Zeigler formerly worked as a fire fighter in Detroit. He was injured on the job when a house collapsed. He told police that his list of regular medication included Valium, muscle relaxers and painkillers. But Zeigler told Detective Shawn Pace, who testified during the trial, that he had not taken any medicine that day.

Brennan Walker’s mother, Lisa Wright, said in an interview in April that she considered Jeffrey Zeigler’s actions a hate crime. Zeigler faced accusations from community members that his action were racially motivated. However, during the trial, neither the prosecution nor the defense argued that race had anything to do with it.

Oakland County Sheriff Michael Bouchard issued a statement on Facebook after the incident occurred. He wrote, “I feel so bad for this mom and young man and am incredibly angry at this disturbing event in our county, state and country. We will seek all applicable charges. There is no world where this is acceptable.”

The mayor of Rochester Hills, Bryan Barnett said at the time, “I am personally sickened by the initial reports and they suggest behavior completely unacceptable and inconsistent with the character and values of our community.” 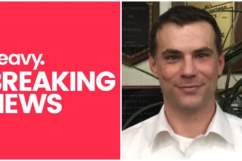 5. The Zeiglers Previously Reported Break-ins at Their Home

A 14 year-old black teen named Brennan Walker got lost on his way to school after missing the bus & walked up to the house of Jeffrey Zeigler to ask for directions. That’s when Zeigler tried to kill the teen. He’s been charged. This video was just released.pic.twitter.com/39IOIW2HWk

Jeffrey Zeigler told deputies that he and his wife had dealt with break-ins at their home before, and believed that Walker was trying to get inside their house. Citing sheriff’s office records, the Detroit News reports that the Zeigler’s home was burglarized three times in 2009 and twice in 2010. They were asleep during one of the break-ins; the rest occurred when they were not there. A teenager was eventually arrested in connection to those incidences.

After the burglaries, the Zeigler’s installed the surveillance equipment and an alarm system.

In 2004, Zeigler pleaded guilty to firing a weapon at another driver. It was a misdemeanor charge and he did not serve any jail time.

Zeigler pleaded not guilty and said during his arraignment that “there’s a lot more to this story.” He denied aiming at the teen and claims he slipped, even though the surveillance video shows Zeigler standing steadily as he fires the gun.