Facebook/Getty Tom Shand was fired from his job over a racist Facebook post about Florida State football coach Willie Taggart.

A Florida State University football fan has been fired from his job with a major hotel chain after posting a racist Facebook photo about lynching the Seminoles head football coach, Willie Taggart, who is black. Tom Shand made the post in a Florida State fans Facebook group after the team’s 41-14 loss to the University of Florida on November 24. The post featured a photoshopped image of Taggart’s face on a black man hanging from a tree.

Shand, 43, was fired by Hilton Grand Vacations on November 26, the Tallahassee Democrat reports. The post was made in a Facebook group called “Garnet and Great,” the newspaper reports.

Taggart completed his first season with Florida State after the loss to the Gators. He led the team to a 5-7 record. Taggart has not commented about the post. He was previously the head football coach at the University of Oregon and is the first black coach in Florda State football history. Shand could not be reached for comment by Heavy.

1. Shand Wrote in a Reply to the Racist Facebook Post, ‘I’m Dead F*cking Serious. This How Far I’m Willing to Go to Get Rid of This Clown’

Thomas Shand’s Facebook post also includes the words, “Believe in something even if it means sacrificing your rep,” a reference to the Colin Kaepernick Nike ad campaign. Shand also added the hashtags #justdoit #firetaggart and #lethargicstupidity to the post. When another fan replied, “You serious? WTF is wrong with you?,” Shand replied, “I’m dead f*cking serious. This is how far I’m willing to go to get rid of this clown!!!”

The post was deleted by the page’s administrators, but screenshots quickly went viral on social media, sparking outrage. Christopher Holder, who runs the “Garnet and Gold” Facebook page, told the Tallahassee Democrat he deleted the image and blocked Shand from the group.

“He was pretty much a jerk when I contacted him, and he pretty much started cursing me out,” Holder told the newspaper. “It’s a sad sight that I hate about social media that someone can make a comment and think it doesn’t hurt anybody. He’s just a troll and that’s the sad part. I’m hoping to stop this kind of stuff.” 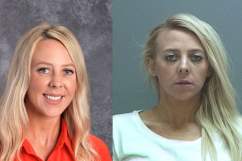 An investigation into the Facebook post has been launched by the Second Judicial Circuit State Attorney’s Office, along with the Leon County Sheriff’s Office and the Florida State University Police Department. State’s Attorney Jack Campbell told the Tallahassee Democrat that he was made aware of the post on Saturday and began investigating.

“It’s hard for me to prosecute a Facebook post. That’s why we’re working with our law enforcement partners to find out what the true facts are. Then I can make a determination of what charges are appropriate,” Campbell told the newspaper. “Any threat of violence to anybody in this community – he’s a father, a husband and a member of our community – we’re going to investigate it to the fullest extent possible.”

3. Shand, Who Previously Worked in Financial Aid at Purdue University Global & in Sales at Disney World, Was in ‘Violation of Multiple Company Polices,’ Hilton Says

FacebookA screenshot of a Facebook profile belonging to Tom Shand.

Thomas Shand was fired by Hilton Grand Vacations after the company received many reports from social media users about the offensive Facebook post. In a statement, the Orlando-based company’s spokesperson, Lauren George, said, “Our concern regarding this situation has been a top priority. The person responsible for posting this information has been terminated. His behavior was in violation of multiple company policies and the furthest example from being a reflection of our company’s values.”

According to his now deleted social media profiles, Shand had worked at Hilton Grand Vacations as a club counselor. He previously worked at Wyndham Vacation Ownership and Walt Disney World in sales. Shand appears to be divorced with two children, according to public records, and lives in Windermere, Florida, near Orlando. Shand studied at Purdue University Global and once worked at the university in financial aid. He also worked at Kaplan University as a financial aid support advisor. 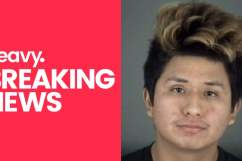 4. He Called Himself a ‘Follower of Jesus Christ’ & ‘Diehard Florida State Seminoles & Tampa Bay Bucs Fan’ on Twitter, Where He Once Made a Racist Post About Another Coach

On Twitter, Tom Shand used the username “tommynolebuc,” and wrote in his profile, “Follower of Jesus Christ. Diehard Florida State Seminoles and Tampa Bay Bucs fan.” He deleted the Twitter account during the firestorm over his Facebook post, but a Google cache shows previous offensive posts, including a racist tweet about former Tampa Bay Buccaneers head coach Lovie Smith, who, like Willie Taggart, is black.

Shand wrote in October 2015, “LOVIE SMITH, YOU’RE A SORRY PIECE OF SHIT!!! YOUR BOYS WENT IN THAT LOCKER ROOM AND NEVER CAME OUT!!! I HOPE THEY FIRE YOUR BLACK ASS!!!”

He also used a similar username on Florida State and Buccaneers fan message boards, and had been previously banned or suspended from those sites because of the content of his posts. In 2015, another poster on a Bucs fan page wrote about Shand, “Shouldn’t be back at all. Far as I can tell he just got off suspension and went right back to his racist drivel. Pretty sure it was his first post back. Like a guy who just got out the joint for armed robbery and celebrates by committing armed robbery, let’s just leave this idiot locked up.”

“I speak for the entire FSU community in expressing our disgust and extreme disappointment, and I am glad the state attorney is investigating. Coach Taggart has our full support and as true Seminoles know, he is a respected member of the FSU family,” Thrasher tweeted.

Senator Marco Rubio told TMZ, “It’s just wrong to say that about anybody. It’s unacceptable, outrageous. That’s just stupid. I mean that’s just dumb, stupid, maybe even hateful … obviously, it’s a hateful action. Maybe they thought it was funny. It’s not funny. And whoever did that is an idiot.”

READ NEXT: Man Kills His Girlfriend Hours After Getting Out of Prison: Cops