David Miscavige, the “ecclesiastical” leader of the Church of Scientology, has led the religious organization since 1987, and is also the Chairman of the Board of Religious Technology Center (RTC), which controls, protects and preserves the trademarks and copyrights of Dianetics and Scientology.

As chairman of the the board, Miscavige ensures that its practices hold true to the original “technology” set out by founder L. Ron Hubbard, whom Miscavige worked closely with in the early years of the church. Miscavige joined the church when he was still a teenager, dropped out of high school to pursue his teachings, and took over as leader after Hubbard passed away.

There has been some controversy surrounding Miscavige since he assumed his leadership position, with a number of allegations made against him over the years. Here’s what you need to know about Miscavige:

1. Miscavige Claims His Severe Allergies & Asthma Were Cured After a 45-Minute Dianetics Session 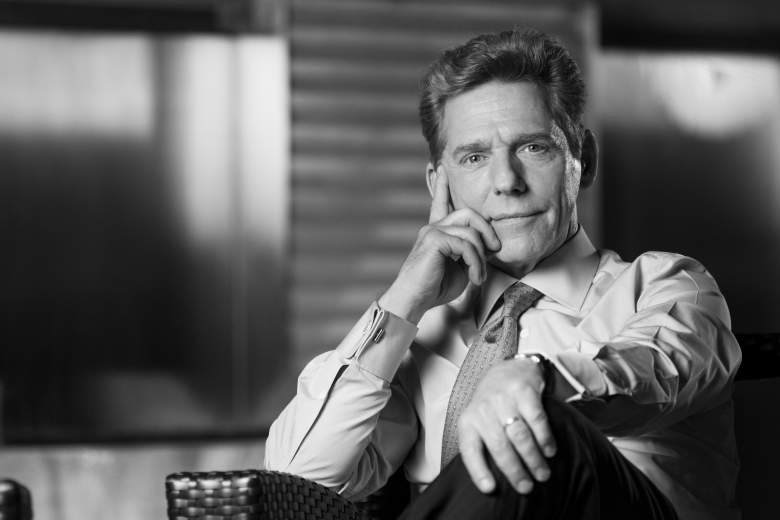 Miscavige was born in Bucks County, Pennsylvania, in the Philadelphia area. He was first introduced to Scientology after his father became interested in the church and sent Miscavige to see a Scientologist. As a boy, Miscavige suffered from severe asthma and allergies, but, after a 45-minute Dianetics session, both father and son claim he was cured his ailments.

The family joined the church in 1971, and by the time Miscavige turned 12, he was conducting Scientology auditing sessions, the practice of taking an individual through times in their life to help rid them of negative situations. Miscavige had a knack for auditing, and is remembered by the church as the “12-year-old prodigy” who became the youngest professional Scientology auditor.

According to the Cult Education Institute, Miscavige dropped out of high school at 16-years old and joined Scientology staff in Clearwater. In early 1977 he was sent to La Quinta, Calif., to work with Hubbard, who was making Scientology training films. By age 19, he headed the Commodore’s Messenger Organization and was responsible for sending out teams to investigate church problem areas.

2. Miscavige Worked Directly Under Hubbard & Took Over Leading The Church in 1987 After Hubbard Died 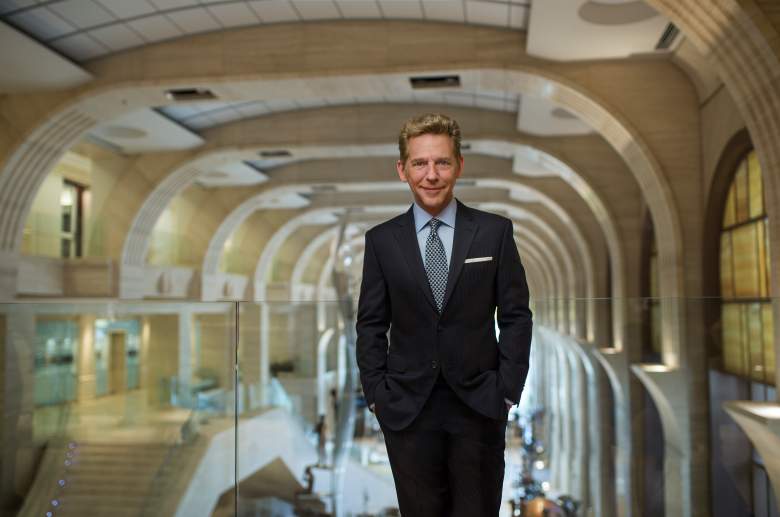 Miscavige worked directly beneath Hubbard as a cameraman for Scientology training films, before Hubbard appointed him to the Commodore’s Messenger Organization, where he was responsible for “enforcing Hubbard’s policies within the individual Scientology organizations.” He became head of the CMO in 1979.

When Hubbard stopped appearing at public functions related to the church in 1980, Miscavige essentially took control of the organization, although he wasn’t officially appointed the leader of the Church of Scientology until 1987, following the death of Hubbard.

According to the Cult Education Institute, after Hubbard died in 1986, Miscavige rose to his current post by “asserting himself over other church executives.”

3. He Has Been Criticized Regarding Alleged Illegal and Unethical Practices of the Church of Scientology 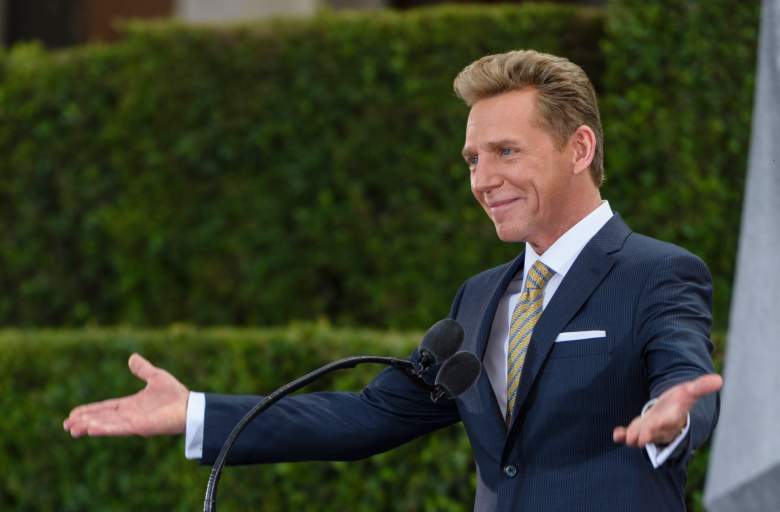 Miscavige has come under intense scrutiny for allegations surrounding the church leader, some regarding illegal practices of the church and others involving Miscavige himself. He has been accused of humiliating and assaulting church staff members, forcing family members to separate and being involved with coercive fundraising practices, to name a few.

St. Petersburg Times reporters Tom Tobin and Joe Childs have extensively covered Miscavige over the years, from articles on his rise to power, to allegations that Miscavige had repeatedly humiliated and physically beaten his staff. He was also accused byformer high-ranking executives of Scientology of having confined church members in degrading conditions in a Scientology-owned property known as “The Hole.”

The Tampa Bay Times, previously the St. Petersburg Times, described The Hole in a January 2013 article as:

A place of confinement and humiliation where Scientology’s management culture — always demanding — grew extreme. Inside, a who’s who of Scientology leadership went at each other with brutal tongue lashings, and even hands and fists. They intimidated each other into crawling on their knees and standing in trash cans and confessing to things they hadn’t done. They lived in degrading conditions, eating and sleeping in cramped spaces designed for office use.

Other reports have surfaced over the years, including a BBC Panorama program titled Scientology: The Road to Total Freedom? that featured an interview with a former member who described Miscavige’s violent tendencies toward certain staff members. He has been accused of showing “viciousness and cruelty” toward his staff, often degrading and humiliating them, and reportedly even physically attacked one staff member.

Church representatives have consistently denied the accusations, insisting that the allegations come from “apostates motivated by bitterness or attempting to extract money from the church.”

4. Miscavige’s Wife Was Reported as a Missing Person Back in 2013 After She Hadn’t Been Seen in Public For Six Years

According to The Underground Bunker, Shelly Miscavige was transferred from Scientology’s headquarters to a secret compound near Lake Arrowhead in late 2005 or early 2006, which reportedly houses about a dozen Scientologists who are said to be “completely cut off from the outside world.” It was rumored that Shelly was being “punished for her shortcomings” and held against her will at the compound.

Remini filed the missing persons report for Miscavige after leaving the church over concerns about the treatment of members and the apparent backlash she received, according to the Hollywood Reporter, when she asked why Miscavige wasn’t at the 2006 wedding of Tom Cruise and Katie Holmes. The then-church spokesman, Tommy Davis, reportedly told Remini, “You don’t f—ing rank to ask about Shelly.”

However, the LAPD closed the investigation while ruling it as “unfounded,” according to TMZ. Police spoke with Shelly in person and confirmed that she was not being held against her will.

“Detectives met with Shelly Miscavige in person,” an LAPD source said. “The investigation is completed and classified as unfounded.” 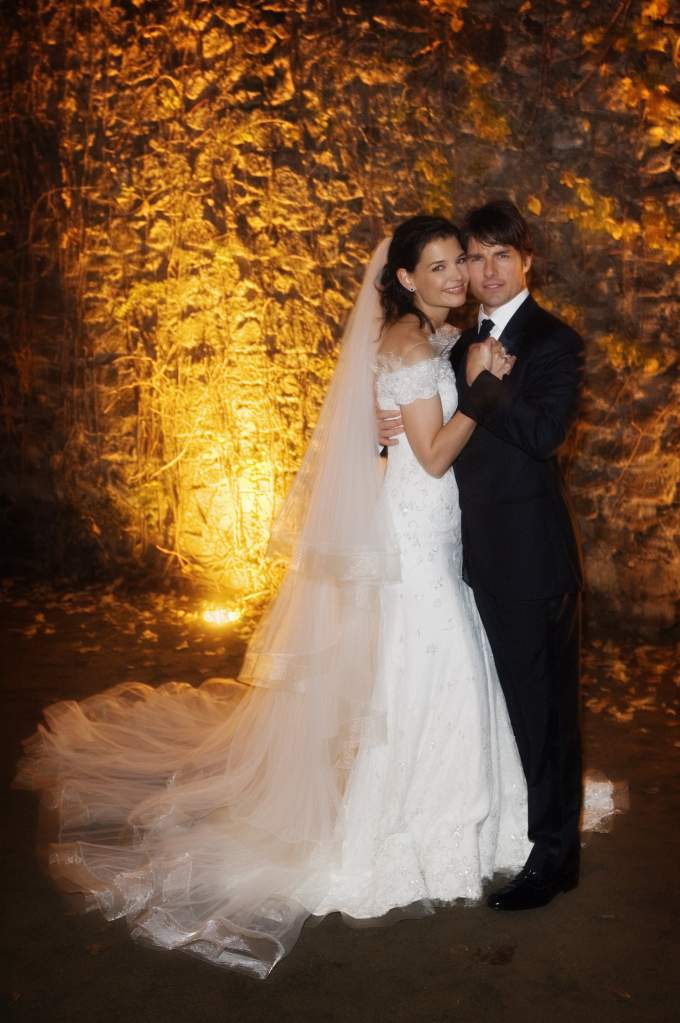 BRACCIANO, ITALY – NOVEMBER 18: In this handout photo provided by Robert Evans, Tom Cruise and Katie Holmes pose together at Castello Odescalchi on their wedding day November 18, 2006 in Bracciano, near Rome, Italy. (Photo by Robert Evans/Handout via Getty Images)

Miscavige and his wife Shelly do not have children. His father, Ron Miscavige Sr., was a longtime Scientologist who left the Church in 2012. His father was reportedly being “observed” by a man named Dwayne S. Powell, who told Wisconsin police that he was being paid $10,000 a week to conduct full-time surveillance on the elder Miscavige for Scientology, which he said he had been doing for over a year. The church denied the allegations.

Miscavige’s brother Ron also left the church in 2012 with his second wife. According to the Daily Mail, the pair drove for three days across the country after leaving one of Scientology’s California compounds, eventually ending up in Wisconsin.

Miscavige is very close friends with actor Tom Cruise, who had Miscavige stand up as best man at his wedding to actress Katie Holmes.

Read More
Scientology
wpDiscuz
0
0
Would love your thoughts, please comment.x
()
x
| Reply
David Miscavige, the "ecclesiastical" leader of the Church of Scientology, has led the religious organization since 1987. Here's what you need to know about Miscavige.