Investigators in Florida are working to figure out why 33-year-old Jennifer Amy St. Clair was left to die after she reportedly fell off the back of a motorcycle. Her body was found along I-95 in Pompano Beach, Florida, the morning of December 7.

St. Clair had been run over multiple times by passing cars. Investigators have not yet shared the exact cause of death. (To clarify: whether she died on impact or whether she was killed by the passing cars).

The attorney representing the St. Clair family, Todd Falzone, has announced that the person she was with on the night she died has been identified as Miles McChesney. Falzone has filed a wrongful death lawsuit on behalf of the family. It’s worth mentioning that the Florida Highway Patrol has not yet completed its own investigation; criminal charges against McChesney could still be filed.

Falzone shared that McChesney has not cooperated with authorities and has obtained legal representation.

1. Jennifer St. Clair Was On a First Date With Miles McChesney, Whom She Had Met On Tinder; According to the Lawsuit, McChesney Was Under the Influence of Alcohol

The attorney representing her family, Todd Falzone, explained that St. Clair had gone out with a man she met on Tinder; it was their first date. He has been identified as Miles McChesney. He picked her up at her house in Fort Lauderdale on a motorcycle around 10 p.m. Thursday night, December 6.

Two other couples, also on motorcycles, were also there. According to the lawsuit filed in Broward County, the couples went to three seperate bars. McChesney allegedly drank enough alcohol “to the point where he became impaired.”

St. Clair fell off the back of the motorcycle as the group headed back to Fort Lauderdale around 2 a.m. In the lawsuit, McChesney is accused of “carelessly and negligently” operating the motorcycle and caused St. Clair “to be expelled from said motorycle.”

Falzone explained that the drivers of the other two motorcycles had ridden ahead and reportedly did not witness St. Clair fall off the bike.

Falzone said that McChesney did not call police and did nothing to help St. Clair. Instead, he left the scene and called one of the other drivers who had ridden ahead, who has been identified as his cousin, Bill Young.

Young then called 911. Falzone said police had not yet shared the 911 call with the family. 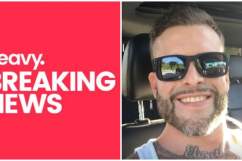 2. Officials: St. Clair’s Body Was Struck at Least Nine Times By Passing Cars on the Interstate

According to the Florida Highway Patrol, St. Clair’s body was found in the center lane. She was pronounced dead at the scene. Falzone explained that it remained unclear exactly how St. Clair ended up off the bike and whether she was killed instantly. Falzone revealed in a news conference on December 14 that St. Clair was struck by at least nine vehicles.

At least three drivers who hit St. Clair’s body stopped and gave statements to police. The South Florida Sun Sentinel quoted one of those drivers, who did not share his name with the media.

He shared what he witnessed after stopping and calling 911. “As I was waiting, other traffic came along and ran her over again and again, and no one stopped. Only three people stopped. And I can’t believe people can run over a body in the road and not stop.”

3. Attorney: Miles McChesney Was Visiting His Cousin in Florida & Was Recently Incarcerated in New York

The attorney representing the St. Clair family, Todd Falzone, released the name of St. Clair’s date during a news conference on December 14. The man’s name was Miles McChesney. He is 34 years old and lives in New York state.

Falzone explained that McChesney was behind bars as recently as mid-November. After being released from custody, he traveled to Florida on December 4 to visit his cousin. Falzone did not share details about what sort of crime McChesney had been imprisoned for, but we found federal records detailing McChesney’s legal history. You can read those here.

Falzone explained that McChesney did nothing to help Jennifer St. Clair after she went off the bike. Instead, he called his cousin, Bill Young, who then called 911.

John E. Lewis is the second defendant in the wrongful death lawsuit because as the owner of the motorcycle, he is legally responsible for whatever happens concerning that vehicle.

4. Investigators & St. Clair’s Family Are Urging Anyone With Information to Come Forward

Falzone repeated his call for any witnesses to come forward with information during a news conference on December 14. They are asking anyone with information about what happened to call 954-493-8477.

During a separate news conference on December 11, St. Clair’s aunt, Amy Gamber, spoke about her niece. She described St. Clair as “full of live, silly and funny.” She added that St. Clair was a “very sweet girl who would do anything for anybody.”

Gamber teared up as she explained that St. Clair had two siblings and was “surrounded by a big family that loves her so much.” Gamber reiterated that the family is looking for closure and justice for Jennifer St. Clair, urging the person responsible to “do the right thing.”

Amy Gamber shared that Jennifer St. Clair was born in New Jersey but had spent the majority of her life in Florida. She graduated from Piper High School in Sunrise, Florida, in 2003, according to her Facebook page.

St. Clair had most recently worked as a server at Cooper’s Hawk Winery & Restaurant. Her aunt explained that St. Clair had just started a new job before she was killed.

Gamber added that St. Clair loved animals. She had a dog named Lily.

Jennifer St. Clair’s sister-in-law, Ashley St. Clair, started a fund on Facebook to assist the family. She wrote a touching tribute to Jennifer, writing, “Jennifer Amy St. Clair was a loving caring friend, niece, sister, cousin, daughter, and granddaughter whose life was taken way too soon. Jennifer was an avid dog lover and owner. Her heart for her family, friends, and animals showed every day. Her laugh and smile could light up any room. We will treasure the joyful passion for life that she shared with all of us. Her free spirit and loving nature will help guide us for years to come. We love her forever and we’ll miss her dearly.”

According to the online obituary, a Celebration of Life Memorial Service was scheduled for Saturday, December 15 from 11 a.m.- 1 p.m. The funeral was set to begin at noon the same day, at the Joseph A. Scarano Stirling Memorial Chapel in Davie, Florida. 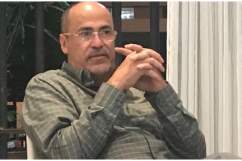 Read More
5 Fast Facts, Breaking News, Crime
Jennifer St. Clair was killed after falling off a motorcycle. She had been on a first date with a man she met on Tinder.