At least five people were killed in a shooting at a SunTrust Bank branch in Sebring, Florida. Police responded to the bank after a man called and reported that he had entered the building and began shooting. The Highlands County Sheriff’s Office says the suspected gunman in the active shooter situation surrendered after barricading himself inside the bank.

Police swarmed the bank and surrounded the building, shutting down the road in the area just after noon on January 23. At least two schools in the neighborhood were put on lockdown as a precaution. There were reports of a hostage situation inside the bank, but police did not immediately confirm if the suspect was holding anyone inside the building before he came out and was taken into custody.

“At approximately 12:36 p.m. today, the Sebring Police Department responded to the SunTrust Bank at 1901 US 27 South in Sebring,” the sheriff’s office said in a press release. “A subject contacted dispatch and reported that he had fired shots inside the bank. SPD officers and deputies from the Highlands County Sheriff’s Office responded to the scene and established a perimeter. After negotiations to try to get the barricaded subject to exit the bank were not successful, the HCSO SWAT team entered the bank and continued the negotiations. The suspect eventually surrendered to the HCSO SWAT team.”

Florida Governor Ron DeSantis tweeted, “Spoke to both Sheriff Paul Blackman and FDLE Commissioner Rick Swearingen regarding the tragic shooting in Sebring and offered all the support they may need. Casey and I are praying for the victims and their families.” 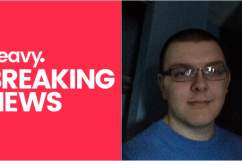 SEBRING POLICE: Responded to SunTrust Bank around 12:30pm after a man said he fired off a gun & took on hostages. The suspect eventually surrendered w/ officers now saying there is no danger. Still working to learn how many victims involved. @WPBF25News credit: highlands news sun pic.twitter.com/An8uY7jT7G

Sebring Police Karl Hoglund said at a press conference, “Today has been a tragic day in our community, we’ve suffered a significant loss at the hands of a senseless criminal doing a senseless crime.”

Hoglund said the suspect, Zephen Xaver, called the region’s consolidated dispatch center and said he had entered the bank and started shooting. Sebring officers responded along with deputies from the sheriff’s office and “established a secure scene and began negotiating with the subject,” Hoglund said. The sheriff’s office used its crisis negotiation team to talk to Xaver.

“While engaged in negotiations I asked the sheriff to send in the tactical unit, their SWAT team, in order to recover potential victims and take the subject into custody. After an assessment of the scene, we were sorry to learn that we have at least five victims, people who were senselessly murdered as a result of his act in this bank,” Hoglund said.

The chief thanked the sheriff, the state police and the FBI for their assistance.

The sheriff’s office said, “The situation is confined to the bank and there is no danger to the surrounding area. US 27 continues to be closed in both directions from Golfview Drive to Lakeview Drive.”

Police issued the statement saying that the situation was confined to the bank and under control about 2:40 p.m.

Hoglund and other officials did not take questions at the press conference. The chief said, “This is a very dynamic and ongoing investigation. I’m sure several details will come as the investigation continues.”

Sheriff Paul Blackman told reporters, “The Highlands County Sheriff’s Office will continue to work with the Sebring Police Department as well as the FDLE in an attempt to make sure a thorough investigation is done regarding this incident. Currently, we have our investigators, our criminal investigations unit, working alongside the detectives from the Sebring Police Department doing interviews, doing search warrants and conducting crime scene property and evidence collection.”

Blackman said another press conference will be held Thursday morning at 11 a.m. to provide more information as it unfolds. “Hopefully we will have some answers to some of your questions at that point,” Blackman said.

“I know there have been multiple people shot. These are civilians injuries and I’m not going into any more into that,” Highlands County Commissioner Don Elwell told NBC News.

Elwell wrote on Facebook, “Getting more information now — none of it is good.”

WHAT WE KNOW
Sebring SunTrust shooting:

Florida’s Chief Financial Officer, Jimmy Patronis, tweeted, “Absolutely horrific events in Sebring today. I have reached out to Sheriff Blackman to offer continued support of my law enforcement officers who immediately responded to the scene. Please keep this community in your prayers.”

According to WPTV, the front of the SunTrust Bank branch appears to be blown out and there is possibly a car inside the building.

#UPDATE: There appears to be a car inside the SunTrust Bank in Sebring. LIVE COVERAGE HERE: https://t.co/ppBevhWacs pic.twitter.com/AaDSJnlvhs

BREAKING: Police in Sebring, Florida are investigating a shooting at bank. After hostage negotiations, the suspect surrendered to the SWAT team. We will continue to distribute elements on Newsource as we get more information.
RE-81WE
RE-85WE
RE-84WE pic.twitter.com/RPKEyaPJDM

Sebring, located in Highlands County in central Florida, is a city of about 10,000 people. It is located about two hours south of Orland. SunTrust Bank is based in Atlanta, Georgia, and has 1,400 branches across the southeastern United States.

“We are working closely with officials and seeking to take care of everyone affected,” said Sun Trust’s Chief Communications Officer Sue Mallino said in a statement to CNN. “We will provide more information as soon as we can.”

Schools in the area have returned to normal status. The Kindergarten Learning Center and Fred Wild Elementary were both previously put on “controlled campus” status, authorities said.

“All Controlled Campuses have been lifted. There was never an immediate threat to a school. Student safety will always be our first priority and we thank you for your patience with any delays in dismissals,” the School Board of Highlands County said on Facebook. “PLEASE NOTE that buses may be delayed as there is significant traffic congestion in the Sebring area as a result of the road closure.”

Sebring Mayor John Shoop told WTSP-TV that the situation appears to have started as a bank robbery. The Sebring Police Department responded to the scene along with the Highlands County Sheriff’s Office, including its SWAT team. Other local police departments responded along with county and local fire and ambulance services.

The FBI has said it is coordinating with local authorities and will be responding to the bank. “The FBI is in coordination with local law enforcement agencies regarding a shooting at a Sun Trust Bank branch in Sebring, Florida,” the FBI said in a statement.

Loading more stories
wpDiscuz
0
0
Would love your thoughts, please comment.x
()
x
| Reply
Five people have been killed in a shooting at a SunTrust Bank branch in Sebring, Florida. The suspect, Zephen Xaver, was arrested.