Yasmine James, the young woman who fought back against an assailant at a St. Petersburg, Florida McDonald’s said she was injured and is planning on suing Daniel Taylor, the man now charged with battery, as is witnessed in the viral video of the attack.

On New Year’s Eve, Taylor, 40, with no permanent address, started arguing with James who was waiting on him at the fast food counter. In an instant, he violently grabs her and she goes flying across the counter but she immediately begins to fight back. After around 10 seconds, she’s pulled away by another employee. Taylor remains at the counter and then, inexplicably, appears to snap his fingers at a manager. “I want her ass fired right now,” Taylor says to the manager. She shouts, “No, you’re going to jail!” He shouts, “I was just asking you a fuc*ing question, bitch.”

He was ultimately arrested and charged. But not before getting a bit of a beating from James in self-defense. She throws those hands furiously.

James told Atlanta Black Star that Taylor, now in jail and facing battery charges, “grew enraged and started cursing” at her when she tried to explain that customers must request straws. “He just started flipping out and cursing me out. I was like, ‘You’re being rude …Can you calm down?’ But he just kept cursing me out,” she was quoted as saying.

And then lunged at her and had her by the collar of her McDonald’s uniform and pulled her across the counter. That’s when James started fighting back. 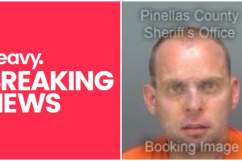 2. James Comes From a Family of Boxers & Knows How to Defend Herself. On Her Facebook Page, Hundreds of People Have Shown Their Support

James appears in the video to land a number of blows in her attempt to defend herself from Taylor. She told Atalanta Black Star that while she’s had no formal training, she’s “picked up a few pointers from relatives.”

“My family, they know how to box. My big cousin used to box professionally. I just know how to fight. You know, I know how to protect myself,” she was quoted as saying.

Despite giving it her best shot, James said she was injured and was “receiving worker’s compensation.” She said she is suffering from back pain and has leg swelling. But she told Atlanta Black Star that she has no health insurance and because of that did not seek medical care.

3. James Plans to Sue Taylor. A Transient as Described by Police, Taylor Has Not Been Able to Come up With the $1000 Bail to Get OUt of Jail

James told Atlanta Black Star that she “met with a Florida law firm to discuss her case.”

“I am going to sue him for putting his hands on me,” she was quoted as saying.

On her Facebook page, hundreds of fo people have commented that not only should she sue, but she should also let the community help her too by setting up a GoFundMe or similar.

“Set up something so we can support you. I’m so sorry you had to deal with this, but I am so happy you were strong and defended yourself. They learnt today lol but seriously. Set something up so we can donate. Did McDonald fire you? You should get a lawyer and sue. Keep being great. Love you.”

“Lawyer up and sue!!!! You defended yourself and have nothing to be ashamed of. You already handed him his ass, now go get this money!!! ???”

4. Taylor Was Charged With Battery & Faces 1 Year in Jail

5. Taylor Has Been Ordered to Stay Away From James & the McDonald’s

Loading more stories
wpDiscuz
0
0
Would love your thoughts, please comment.x
()
x
| Reply
Yasmine James fought back against an assailant while at work at a St. Petersburg, Florida McDonald's. James said she was injured and is planning on suing.