Andrew McCabe, the former acting director of the FBI, revealed that he was the person who ordered an investigation into whether President Trump had obstructed justice in connection to the Russia probe. He also claims that Deputy AG Rod Rosenstein had commented on whether the 25th Amendment could be used to remove President Trump from office.

McCabe made these revelations in an interview with 60 Minutes’ Scott Pelley, which will air in full on CBS on Sunday, February 17.

Then-Attorney General Jeff Sessions fired McCabe in March of 2018, days before his 50th birthday and planned retirement. The timing meant that McCabe was no longer eligible for early retirement benefits.

Public financial disclosure reports submitted by federal government workers, including members of Congress and Justice Department officials, are not exact measurements of wealth. Officials are required to select ranges for how valuable specific assets are, such as retirement accounts and stocks. Additional sources of income are also reported. But they’re not required to include the value of their primary residence or the exact salary of their spouse, either.

In calculating the net worth of lawmakers, the Wealth of Congress index adds the lower value of all assets and subtracts liabilities. Using that same formula, a conservative estimate of McCabe’s net worth is $287,000. For an example of how that works: McCabe is invested in the William Blair International Growth Fund. According to the form, that investment is worth between $1,000 and $15,000. We included only $1,000 in the estimated net worth calculation. Meaning, his true net worth could be much higher.

McCabe has several mutual funds, a retirement account, and a college savings plan. He does not list additional sources of income or any liabilities. He included that his wife works for Commonwealth Emergency Physicians but did not list her salary.

2. McCabe Will Still Receive a Pension; He Just Has to Wait for a Few Extra Years

As a federal employee, McCabe would have been enrolled in the Federal Employees Retirement System. According to its website, the Minimum Retirement Age for people born in 1968, as McCabe was, is 56 years and 8 months.

Workers are eligible for early retirement at age 50 if they’ve completed at least 20 years of service. As referenced above, McCabe joined the FBI in 1996, when he worked in New York.

A person who is terminated cannot receive early retirement. But that does not mean that the pension goes away. McCabe would have paid into the retirement system for 22 years, meaning that he is still eligible to receive it at the designated age. CNN estimated in 2018 that McCabe’s uncollated pension was likely valued at about half a million dollars. You can read more about the rules concerning his pension here. 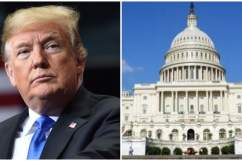 Can Congress Block a National Emergency?

3. McCabe Was Not Required to List His Salary as Deputy Director of the FBI

Andrew McCabe was not required to list his federal salary on his financial disclosure report. But we can take an educated guess based on how much money former FBI Director James Comey earned from his government job.

Comey was classified as a Level III government employee. The Office of Personnel Management provides a breakdown of salaries per level. A Level III employee is paid an annual salary of $172,100.

According to Glassdoor, the average salary for a deputy director in the federal government is approximately $131,000. Paysa puts the average a bit higher, at $149,820.

4. Andrew McCabe & His Wife Jill Own a 5-Bedroom Home in Virginia

TwitterAndrew McCabe with his wife, Jill McCabe, and their children.

According to Zillow, the house is 2,973 square feet and sits on a 10,000 square foot lot. It has 5 bedrooms, 2.5 bathrooms and was originally built in 2000. McCabe’s spokesperson, Melissa Schwartz, told USA Today in 2018 that the McCabes had a mortgage on the house. 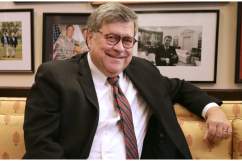 5. A Website Claimed in 2018 That McCabe Had a Net Worth of $11 Million Despite Lack of Evidence

Simply put, Andrew McCabe does not have a personal net worth of $11 million. There is no evidence in his financial disclosure form. If he had other significant sources of income, such as book royalties or investments in real estate, he would have been required to report it. McCabe has a book coming out on February 19, titled, “The Threat: How the FBI Protects America in the Age of Terror and Trump,” meaning he now has another source of income.

After his firing, a website called finapp.co claimed that McCabe was worth $11 million but did not provide evidence or list any sources. It received attention because the conservative radio host Rush Limbaugh referenced the site on his show on March 19, 2018, and included a link to the page on his website. You can read the transcript from that show here.

READ NEXT: Wife of Chicago Cop Convicted of Murder Says Husband Was Beaten in Prison

Loading more stories
wpDiscuz
0
0
Would love your thoughts, please comment.x
()
x
| Reply
Andrew McCabe is the former acting director of the FBI. Read more about his net worth here.