On a 2017 summer night, Broward County Florida Sheriff’s deputies were called to the Red Carpet Inn in Dania, just south of Fort Lauderdale. Once there, BCSO Deputy James Cady is perched over an unarmed, non-violent African-American man who was not wanted in connection with any crime, sitting on a curb holding his baby son. What the video records is Cady, demanding identification, berate, yell at, and, refer to the man, Floyd E. Allen, as “boy.”

And soon he is seen grabbing Floyd by the throat as the baby is heard screaming in the arms of another deputy.

It’s not the first time Cady has found himself the subject of an investigation. He and other officers were named in wrongful arrest federal cases that cost the county hundreds of thousands of dollars.

Here’s what you need to know about Cady:

1. Floyd Was Sitting on a curb With His Baby. Cady Demanded ID & Called Floyd ‘Boy.’ A Minute Later, Cady Had Floyd by the Throat

Floyd’s child was being babysat by Johnnymae Dardy. The motel called cops on her about a broken TV. Dardy was put in a patrol car and deputies turned their attention to Floyd, who was sitting on a curb, baby in his arms. He was unarmed and nonviolent and at that point, not the subject of a police investigation.

The body-worn camera begins rolling with Cady asking Floyd if he had his own room at the inn and then demands Floyd provide identification a number of times and is shown picture n Floyd’s phone of her and his child. Cady shouts: “OK, fine, I’m going to take (Dardy) to jail because she’s got a warrant and I’m going to call child services on this kid.”

Floyd attempts to speak when Cady angrily screams, “Quit fucking with me, boy. You hear me? Get your ID! Now!”

The Miami Herald reported that a chief assistant public defender said “if a person answers a law enforcement officer with his name, as Floyd did several times, he’s identified himself. From that point, officers have many ways to verify identity.”

“Why are you being so hostile. Why,” Floyd can be heard asking. Cady: “Because you’re giving me shit and I’m tired of it!”

Several seconds pass when Cady yells, “I want to know who this baby is going with!”

“He’s going with me, Allen Floyd,” the father says as he gets up from the curb. He then turns away from Cady and says, “Stop calling me boy.”

Now Cady seizes Floyd’s arm and the other deputy, Debbra Bridgman grabs the baby. Next, though there’s an obstruction in the video, Cady can be seen grabbing Floyd’s throat as he yells he has done nothing wrong.

Sheriff Tony spent the afternoon meeting with local and national media. He spoke about the direction he wants to take the agency, which includes ramping up the training of thousands of deputies. pic.twitter.com/UnmNeZdI7A

Broward County Public Defender Howard Finkelstein wrote to newly sworn BSO Sheriff Gregory Tony who thanked him for sharing the video and said there would be an internal affairs investigation.

Finkelstein wrote: “Deputy Cady’s verbal assault coupled with him choking an otherwise cooperative bystander can only be characterized as unlawful touching. In addition, Deputy Cady’s use of the term ‘boy’ is offensive, condescending and demeaning. It carries racial connotations when used while addressing an adult black male.”

So far, Tony has not addressed the video on BSO social media or in statements or press releases from his office.

The Herald reported that the official incident report does not include Cady’s name in it. 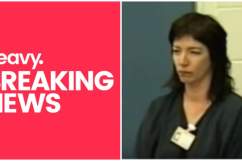 3. Cady Has a History of Internal Affairs & Federal Investigations Into His Conduct as a Sheriff’s Deputy

Very odd, how difficult it is to find a pic of Deputy James Cady. This is the only one I could find. pic.twitter.com/dIfwjZXBDW

The Herald obtained Cady’s file and it lists the Internal Affairs investigations of Cady, which include “conduct unbecoming an employee” with the conclusion it was “unfounded,” excessive use of force, in that instance, he was cleared by internal affairs of wrongdoing.

But another result from that 2003 case did not go well for Cady or Broward County. Two federal false arrest lawsuits were filed, both won by the plaintiffs, which cost the county more than $650,000.

Cady also was cleared in three other investigations but ended up with a one-day suspension nonetheless, the Herald reported. 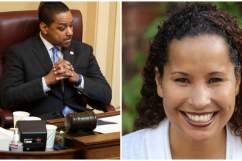 4. The Federal Cases Against Cady Cost Taxpayers More Than Half Million Dollars

In 2009, Cady and other deputies responded to a noise complaint at a house party in Dania Beach. When that call ended, three people were arrested, including the homeowners, two of them tasered and beaten, one in front of his children.

Jorge Rodriguez, 50, was charged with resisting arrest and battery on a police officer. He was found not guilty. His wife Maria Rentel was charged with disorderly conduct but was found not guilty by a judge. The couple filed a federal lawsuit and several days n tot he trial, the police and county settled the case for $350,000. Also at the party was William Pineiro who when asked why his friend was Tasered was screamed and cursed at and tackled by Cady who placed him under arrest for obstruction of justice. The charges were dropped and Pineiro sue and a federal jury ruled in his favor and awarded him $250,000.

In the complaint, as reported by he Herald, Cady said: “Shut the fuck up!” to Pineiro as he said the vehicle Cady was putting a ticket on was his truck. When he asked why Cady was arresting Rodriquez and Rentel were being arrested, Cady said: “What the fuck, you want to be arrested, too?” He tackled Pineiro and arrested him.

5. Floyd Has a Criminal Record, But Was at The Time Not Wanted by Police

Floyd, 42, of Miramar, Florida has a criminal record in Broward County that dates to 2011 and includes traffic infractions, a pot charge, theft and using a false name.

He goes to trial Feb. 18 on charges of grand theft, criminal use of an ID and unlawful use of an false name, according to online court records. This case is not related to the July 2017 incident. 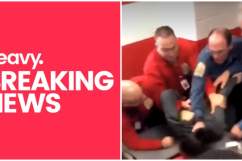 Loading more stories
wpDiscuz
0
0
Would love your thoughts, please comment.x
()
x
| Reply
Florida deputy James Cady calls an African-American man, who was not under arrest, 'boy,' and grabbed him the throat, in a 2017 incident recorded on body camera. Cady has a history of false arrests.