Melissa Mcleod Sasse is married to Republican Senator Ben Sasse of Nebraska. He is a member of the Senate Judiciary Committee and Intelligence Committee.

The couple met during college and got to know each other during a Christian mission trip. They have three children together.

1. Ben & Melissa Met On a Christian Mission Trip During College

Ben Sasse and Melissa McLeod are college sweethearts. They bonded during a Christian mission trip during college. On his Facebook page’s biographical section, Sasse said that he met his “lifelong soulmate” on that trip. (The page has been edited and made more private).

They tied the knot three years later, shortly after college graduation. They lived in Chicago during the mid-1990s as newlyweds. Sasse explained in an interview with CSPAN that he and Melissa lived across the street from Northwestern University during that time.

His work took them to New Haven, Connecticut, Washington D.C. and Austin, Texas. The family moved back to Nebraska in 2009 when he was named the president of Midland University.

McLeod Sasse worked as a high school teacher and guidance counselor when the family lived in New Haven County in Connecticut. She taught at schools in Boston and New Haven, according to Commonwealth Magazine.

They lived in Connecticut while now-Senator Sasse was working toward his Ph.D. in American history. He also worked for the Boston Consulting Group.

Melissa has continued teaching but in her own home. She homeschools the couple’s three children, primarily due to her husband’s travels between Nebraska and D.C. The arrangement allows Melissa and the children to be in the nation’s capital while Congress is in session.

3. Melissa Sasse Suffered From a Brain Aneurysm at Age 37

Melissa Sasse survived a major health scare in January of 2007. The family was living in Washington, D.C. and Sasse was working in the Department of Health and Human Services during the George W. Bush administration. He explained in a Facebook video that he realized something was wrong when he saw he had 11 missed calls from his wife’s phone.

Melissa Sasse had been walking with their two young children when she suffered a headache so severe that she felt she couldn’t stand up any longer. She said in the video that she told her daughters that she needed to sit down. A woman on a bicycle stopped to see what was wrong and called for help. Melissa was taken to the hospital and it was discovered that she had suffered from a brain aneurysm.

The doctors told the family that they were unsure whether Melissa was going to survive. And if she did, they were unsure whether she’d be her normal self or if she’d be capable of caring for her children like before. But Melissa bounced back quicker than anyone predicted. Within six months, she had experienced the amount of recovery other patients typically saw in three years. Melissa explained in the video that she lost vision in her left eye and struggled with fatigue since the brain aneurysm, but feels “very lucky” that she was able to recuperate.

There are three children in the Sasse family: Elizabeth, Alexandra, and Breck.

Melissa and Ben Sasse are raising their kids primarily in Fremont, Nebraska. But they also spend a significant amount of time in Washington, D.C. while Congress is in session.

Breck kept us on track at this week's Nebraska Breakfast. Learn more about the 73-year tradition of the #NEBreakfast here: http://1.usa.gov/1Qdv2LC

The Washington Business Journal reported in 2017 that the Sasses had purchased a townhouse on Constitution Avenue for more than $900,000. A spokesperson for the senator said that the Sasse family had typically spent weekdays in short-term rentals prior to buying the house. They had planned to rent the townhouse whenever they are not occupying it.

5. Melissa McLeod Was Originally From Alabama But Now Advocates for Friends & Family to Move to Nebraska

McLeod Sasse is a native of Birmingham, Alabama, according to Town Hall. Ben Sasse told the conservative website that his wife loved living in Nebraska and actively tried to convince friends and family members to move to Fremont.

The family moved back to Sasse’s hometown in 2009 when he took the job as president of Midland University. They bought a home less than a mile from where he had been raised. 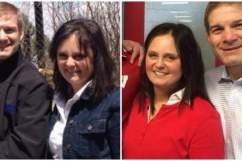