Facebook/Tuscaloosa Jail Ryanne Joy'e Gilbert is accused of animal cruelty after police say they found a dead dog, a malnourished dog and a sick cat inside her apartment near the University of Alabama, where she is a student.

Ryanne Joy’e Gilbert is a former University of Alabama student who was charged with felony animal cruelty after police say they found a dead dog in her apartment near the Tuscaloosa campus along with another malnourished dog and a sick cat. The 21-year-old Gilbert was arrested April 26 after an investigation that began in March, according to court records.

Gilbert, who uses the name Joy’e Gilbert on social media, was charged with first-degree cruelty to a dog or cat. According to court records obtained by Heavy, staff at the State on Campus apartment complex went into her apartment after receiving complaints of a foul odor. Police were called after the staff found Gilbert’s dead dog, police said. According to the Tuscaloosa News, the survivng dog and cat were taken to Metro Animal Shelter.

Gilbert has since been released from custody on $15,000 bond. She did not immediately return requests for comment from Heavy and it is not clear if she has hired an attorney who could speak on her behalf. Gilbert was evicted from her building after the gruesome discovery inside the apartment, according to court records. She lived alone, court records show.

Here’s what you need to know about Ryanne Joy’e Gilbert:

1. Police Say the Deceased Dog Had Clearly ‘Been Deprived of Food or Water for a Prolonged Time’ & Appeared to Have Been Dead for 3 or 4 Days

Officers responded to Ryanne Joy’e Gilbert’s Tuscaloosa apartment on March 27, 2019, after the building’s management company contacted police to report a “foul odor” coming from her apartment. Police entered the apartment and found a “deceased dog that was laying on the floor in a bedroom.” Police said, “The animal was clearly malnourished and died of starvation.”

According to police, “There was another dog located locked in a cage in the apartment, as well as a cat.”

Tuscaloosa Police said in a report obtained by Heavy, “The deceased dog had very clearly been deprived of food or water for a prolonged time and animal control believed it to have been deceased for three or four days.”

The dogs and cat were rescues Gilbert had adopted from shelters, according to sources.

Gilbert had posted photos of her pets on Instagram. One of the dogs, Julep, pictured on her Instagram page below, was left by Gilbert at a vet clinic in Tuscaloosa in 2018, according to a source. The source said Gilbert brought the dog, a lab mix, to the clinic to board and play.

“We tried to contact her multiple times, but she never answered our calls, letters or messages, and ended up blocking most of us on social media when we tried reaching out that way. WE (the clinic) had to surrender Julep back to the shelter because she refused to come back for her or to even contact us,” the source said. “Before she left Julep with us, she was posting about rehoming her (for a fee, original $500) but we had no idea she was leaving her for good. We all felt so bad for Julep for being dumped with us, but I guess it was a blessing in disguise.”

The dog was not surrendered by Gilbert, as previously reported.

The dog found dead inside the apartment was a weimaraner named Stasia. A source told Heavy, that Gilbert is a ” “serial animal abuser and a pattern was emerging,” prior to her dog’s death. “I wish someone could have caught her sooner, for Stasia’s sake, the source said.

Gilbert also owned a husky, named Tillie, which was found alive in her apartment along with her cat. She also posted a photo of the cat, Cookie:

The apartment building where Gilbert lived filed to have her evicted on April 15. She was officially evicted on April 25. The management company for the State on Campus apartment complex said Gilbert violated her lease by violating the agreement’s dog and cat regulations multiple times.

Gilbert moved into the apartment in September 2018 and was paying $739 per month. The lease was set to expire in July. According to court documents filed by the apartment complex, “There were complaints of a strong, putrid odor emanating from (Gilbert’s) apartment. There was concern for your health/safety/well-being, as well as other, surrounding tenants, and Landlord management/staff were forced to make an emergency investigation into the source of the odor coming from your apartment.”

The company added, “Once inside your apartment, a deceased dog was discovered in your bedroom. The bedroom door was shut, and the decomposing dog had no water or food. There was also a cat in the room, also without food or water. Out of concern for safety of the animals and other tenants, authorities were contacted.”

The Tuscaloosa County Metro Animal Shelter also filed for a court order against Gilbert to permanently seize the surviving cat and dog from her, according to records obtained by Heavy.

2. Gilbert Is a Virginia Native & Had Last Been Enrolled at the University of Alabama in Spring 2018

Joy’e Gilbert is a Virginia native, according to her Facebook page. She was born in King William, Virginia, and went to West Point High School in West Point, Virginia. She also studied at Randolph-Macon College in Ashland, Virginia, before attending the University of Alabama.

Gilbert wrote on Facebook that she worked as a cheerleading coach at Elizabeth Davis Middle School.

Gilbert was formerly a student at University of Alabama studying international relations. She was expected to graduate in May 2019, but had last been enrolled in classes in spring 2018, the university says.

On several of her social media pages, Gilbert goes by “Princess Joy’E.” On Twitter she wrote, “Now and then it’s good to pause in our pursuit of happiness and just be happy. ?Matthew//5:16. bama ’19.”

3. Joy’e Gilbert Is Also an Aspiring Instagram ‘Fitness Model’ & Has Worked at Hooters in Tuscaloosa, Along With Competing in Swimsuit Competitions

Along with her studies at the University of Alabama, Joy’e Gilbert worked at several jobs in the Tuscaloosa area, mainly at restaurants. She posted on Instagram in 2018 that she was working at Hooters as a waitress in Tuscaloosa and also competed in a swimsuit competition there.

Gilbert was also an aspiring Instagram “fitness model,” according to her now now-deleted page, “@joyefulfitness.” She wrote in the profile of that page, “sweat. smile repat,” and “aspiring to be the best version of myself.” She said she was a brand ambassador for a few fitness companies and posted photos of herself in their gear.

On her now-deleted Facebook page, Gilbert was trying to sell a dog cage for $40 in October 2018. She also wrote about moving into an apartment off-campus.

Gilbert does not appear to have prior criminal record in Alabama or Virginia.

Gilbert hadn’t posted on her fitness Instagram page since December 2018. She also has a “finsta,” or Instagram page under a pseudonym, with the username “joyetofratsandbeer.” In the profile of that page she wrote, “Merica. ?? bitch I’m a shark woof. •Frat Boy Stylist; contact me with business inquiries• #finstaaa”

4. On the Same Day That Her Dog Was Found Dead in Her Apartment, a Local Car Dealership Posted a Photo of Gilbert Picking Up Her New Land Rover

Joy’e Gilbert was featured in a Facebook photo posted by a local car dealership on March 27, the same day that court records show her dog was found dead inside her apartment. The photo shows Gilbert with a new Land Rover she bought. It is not clear if the SUV was bought on a previous day.

The caption states, “SOLD! Thanks Joy’e Gilbert for buying your new gorgeous 2012 Range Rover Luxury Supercharged from Jerry here OMC! We appreciate your business, hope you enjoy it!!”

When someone posted on the Oswalt Motor Company Facebook page about the animal cruelty case, the dealership replied, “We were very saddened by this news. We’d encourage anyone who finds themselves unable to care for a pet to please take them to an animal shelter in order to give them a chance at a better life. There is absolutely no excuse for animal cruelty. #PetsAreFamily”

A source also told Heavy that Gilbert had a profile on Rover.com, a pet sitter and dog walker website. The account was deleted along with Gilbert’s Facebook page. 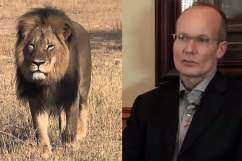 5. Gilbert, Who Was Arrested on a Fugitive From Justice Warrant in Virginia & Spent 3 Weeks in Jail, Faces 1 to 10 Years in Prison if Found Guilty of Felony Animal Cruelty

Ryanne Joy’e Gilbert was arrested in her home state of Virginia on April 3. She was pulled over for failure to register the tag on her car and the officer located an Alabama warrant.

The warrant for her arrest was issued in Alabama on March 28, according to Hanover County, Virginia, General District Court records. Her address is listed in records as being in Aylett, Virginia. She was held at the Pamunkey Regional Jail until April 24, when she had a court hearing.

Gilbert was released from custody shortly after being booked at the Tuscaloosa Jail on April 26. She posted $15,000 bond. It is not clear if Gilbert was released from custody in Virginia and allowed to travel to Alabama to turn herself in, or if authorities from Tuscaloosa went to Hanover County and took her back to Alabama to face the animal cruelty charges.

The first-degree cruelty to a dog or cat charge is a class C felony in Alabama. According to state law, Gilbert faces between 1 year and 1 day and 10 years in prison if convicted of the cruelty charge. She also faces a fine of up to $15,000. It is not clear when her next court appearence in Alabama is scheduled for.

The fugitive from justice charge is also still pending in Virginia. Gilbert has a court hearing in Hanover General District Court scheduled for May 2.

Loading more stories
wpDiscuz
0
0
Would love your thoughts, please comment.x
()
x
| Reply
Ryanne Joy'e Gilbert is a former student at the University of Alabama arrested on animal cruelty charges after a dead dog was found in her apartment along with two other sick pets.