Makenzie Johnson, a middle school teacher from Des Moines, Iowa, is facing sex abuse and solicitation charges related to a 14-year-old boy who was a former student at her school. Johnson has been arrested and charged for allegedly sexually abusing the teenage student.

Johnson, 38, is accused of offering to perform sex acts on a minor, and berating the young man when he declined her offer, calling him a “wussy scaredy-cat,” according to court records. Johnson was arrested early Friday morning and is now facing several charges, including assault with intent to commit sexual abuse and third-degree sexual abuse.

1. The Criminal Complaint States That Johnson Offered to Perform Oral Sex on the Victim Several Times & Called Him a “Wussy Scaredy-Cat” When He Declined

According to criminal complaints in the case, the charges stem from incidents going back to November, 2018. The complaints state that while Johnson was giving the 14-year-old student a ride home from a sporting event late last year, she pulled over into a parking lot, placed her hand on the victim’s thigh and asked if she could perform oral sex on him. The young teenager told Johnson “no” and requested that she take him home.

After the teen rejected Johnson’s advances, she then allegedly berated the victim, calling him a “wussy scaredy-cat,” according to court documents. Later that day, Johnson sent multiple Snapchat messages to the victim asking if he had told anyone about what had happened in the parking lot, and added that if he did tell anyone, she would lose her job and her family. The complaint also states that Johnson sent the victim nude topless photos of herself using Snapchat.

Another incident happened just a few short months later, when the victim was at Johnson’s home. The complaint states that the two were watching television when Johnson once again touched the victim’s thigh and asked if he wanted to have sexual intercourse and if she could perform oral sex on him. According to the complaint, the victim asked Johnson to remove her hand because it was making him uncomfortable, but that nothing else actually happened because Johnson’s husband unexpectedly walked into the room. 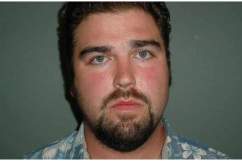 2. Johnson Turned Herself Into Police & Is Charged With Lascivious Acts With a Child, Two Counts of Solicitation, Assault With Intent to Commit Sexual Abuse & More

"You can't go to a school, a library, a grocery store, the mall, anywhere you're going to go that there's minors. You're basically going to have to stay at home."

Johnson turned herself into police Friday morning and was booked into the Polk County Jail according to Des Moines Register. She is being charged with lascivious acts with a child, two counts of solicitation, assault with intent to commit sexual abuse, third-degree sexual abuse and dissemination of obscene materials to a minor in regards to multiple incidents with the same teenager.

According to WHO TV, Johnson made her first appearance in jail court Friday morning. The judge ordered that she not have any contact with minors under the age of 18.

“You can’t go to a school, a library, a grocery store, the mall, anywhere you’re going to go that there’s minors. You’re basically going to have to stay at home,” the judge tells Johnson in the video above.

Des Moines Public Schools released a statement regarding the incident, informing the public that they were working closely with law enforcement and that Johnson is no longer employed by the district. Johnson was previously put on administrative leave after the district became aware of the investigation on April 15. She resigned May 17.

The school district notified Harding Middle School families about the incident Friday morning, according to WHO TV. In the statement, Harding Principal Joy Linquist said:

“There has been an on-going criminal investigation over the past several weeks involving one of our former teachers, Makenzie Johnson. She was arrested today and charged with sexual abuse involving a student.

While I cannot go into details about the victim, I can confirm that the abuse involved one student who was not in her classroom or a current student at Harding.

The school district’s human resources office placed Johnson on leave as soon as they were made aware of the criminal complaint and investigation in mid-April, meaning she could not and has not returned to Harding. This was prior to any charges being filed. She resigned from her position two weeks ago.

We share your concerns. This is an extremely serious matter, which is why the school district took the action it did immediately and has been working with law enforcement in their investigation.

If you have any concerns or questions please feel free to contact me.” 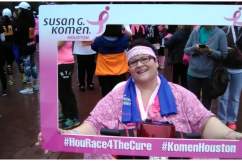 Liz Cox, the executive director of Prevent Child Abuse Iowa, says that this type of incident hurts the entire community, and that parents should be concerned, according to WHO TV.

“Parents should be worried and concerned. It`s the school`s responsibility to create a safe learning environment for every student and when these things happen it not only impacts the student, it impacts their family and it also impacts the school community,” said Cox.

Cox says schools should be spending a lot more time talking about sexual abuse and it should be “as common as tornado and intruder drills.”

“Training our adults, parents and teachers, coaches and administrators, to understand and recognize boundary violating behaviors and how to respond is the number one thing that we can do to reduce the risk that this is going to happen again,” Cox told WHO TV.

5. Johnson is One of Many Teachers Arrested This Year & Charged With Sex Crimes Against Students

Johnson is just one of many education officials to be arrested and charged for inappropriate contact with an underage student in recent months. The cases have occurred in all areas of the country and with teachers of all ages. In some cases, they involve principals, coaches, substitute teaches and special education instructors.

READ NEXT: Mama June Arrest Update: Where is she After the Arrest?