Representative Tulsi Gabbard of Hawaii was one of ten candidates competing for attention on the debate stage in Miami on June 26, as they discussed ideas on health care, immigration, foreign policy, and gun violence.

The debate moderators were strict in making sure the candidates stuck to the time limits, which made it a bit difficult for them to get into a lot of policy specifics.

But there was one thing sticking out prominently on the stage, that was not encumbered by time limits or debate opponents, that had social media buzzing: the silver streak in Rep. Gabbard’s hair!

Reactions have been mixed, with some commenters comparing her look to that of a superhero, while others made references to a Disney villain. What do you think? There is a poll at the end of this post.

The Silver Streak is Natural & Rep. Gabbard Keeps It As a Reminder of Her Military Experience

Natural. It happened after her deployment to Iraq. She keeps it as a daily reminder of her experience and her purpose. -V. (Tulsi’s sister)

The silver streak is indeed natural, not dyed. Her sister explained on social media back in March that Rep. Gabbard began to see gray hairs after she served overseas in the armed forces. Her sister was running Rep. Gabbard’s twitter account during an event and responded to a question about the silver streak.

She wrote, “Natural. It happened after her deployment to Iraq. She keeps it as a daily reminder of her experience and her purpose. -V. (Tulsi’s sister)”

Mayor Pete Buttigieg gets a lot of attention for, at age 37, being the youngest candidate in the primary field. But Rep. Gabbard is only a few months older than the South Bend mayor. Her birthday is on April 12, 1981. Buttigieg’s birthday is January 19, 1982.

Many social media commenters thought that Rep. Tulsi Gabbard’s silver streak of hair made them think of the X-Men character “Rogue.” Commenter Dan Haught said he thought she looked like a superhero.

Tulsi Gabbard looks like a super hero with that silver streak in her hair.

Tulsi Gabbard got the white streaks in her hair from a fight with Magneto. #DemDebate

Not a Tulsi Stan but tbh loving her comic book Rouge grey hair streak. What super villain tried to drain her superpowers? #RainbowCityDebates

I heard it was Magneto's machine that put that streak in Tulsi's hair. (Lazy joke, I know.)#DemDebate

Has Tulsi always had this grey streak in her hair? Or did she recently join the X Men?

I'm still waiting for one of the moderators to ask Tulsi Gabbard when and where she saw the poltergeist that caused those white streaks in her hair. And if she has a plan to deal with poltergeists if she is elected. #DemDebate

Does Tulsi have a white stripe in her hair like Anna did after she got hit in the heart by Elsa's ice??? #DemDebates

The silver streak did not go over well with everyone who saw it. Some thought it made her look similar to the “101 Dalmations” character Cruella de Vil, while others saw it as a styling “fail.” A few compared her look to the “Bride of Frankenstein,” while some speculated that she was attempting to look older.

Looking at Tulsi Gabbard's fake silver streak in her hair… I believe that color is called Faux Gravitas. #DemDebate

Why is Tulsi rocking that one sad Grey streak in the lower right side of her hair? It stands out glaringly. If that was a highlight job its a fail for real.

If Tulsi Gabbard wants the dog lovers vote, she’ll have to get rid of the Cruella de Vil hair do. #DemDebate pic.twitter.com/0uRBO7dn3z

Hey, Tulsi Gabbard, give up grey racing stripes in the hair. They don't make you look older & smarter. You want a deal with Iran & you like Obama giving 150 BILLION cash to our mortal enemy, Iran. Signed WETHEPAYERS #DemocraticSocialism #DemocratPartyOfDEATH #DemocratCircus

Other simply loved her hairdo and praised her for it! Here is a roundup of some of those reactions.

Can I say that silver streak in Tulsi Gabbard's hair is ???#DemDebate

Say what you will about Tulsi Gabbard, but her hair is amazing. #DemDebate

Ok but Tulsi Gabbard for Secretary of Good Hair #DemDebate

Tulsi Gabbard: "Me for president. My handsome grey streak of hair for VP."

im not a tulsi fan but i AM a fan of her hair, the dark hair with the grey streak is a look

Tulsi has the best hair of any of the candidates.

What Do You Think of Rep. Gabbard’s Silver Streak of Hair? Weigh in Below 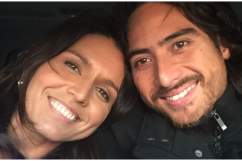