John Paul Stevens, a retired Supreme Court Justice, died at the age of 99 on Tuesday, July 16, 2019, according to USA Today.

Stevens passed away in Fort Lauderdale, Florida, of complications from a stroke he suffered on Monday, July 15, according to a Supreme Court of the United States press release.

Stevens, who served on the nation’s highest court from 1975 to 2010, was the second oldest and third longest-serving Supreme Court justice in history.

Justice John Paul Stevens was a dedicated public servant with a keen intellect, humble spirit, and steadfast commitment to an independent judiciary. Requiescat in pace.

According to Oyez, John Paul Stevens was born on April 20, 1920, in the Hyde Park neighborhood of Chicago, Illinois. His mother was Elizabeth Street and his father was businessman Ernest J. Stevens.

The Stevens were a part of Chicago’s upper class. In fact, they were reportedly one of the city’s wealthiest families at the top of a business empire, which included the world’s largest hotel at the time.

2. John’s Father, Uncle, and Grandfather Were Indicted on Embezzlement Charges 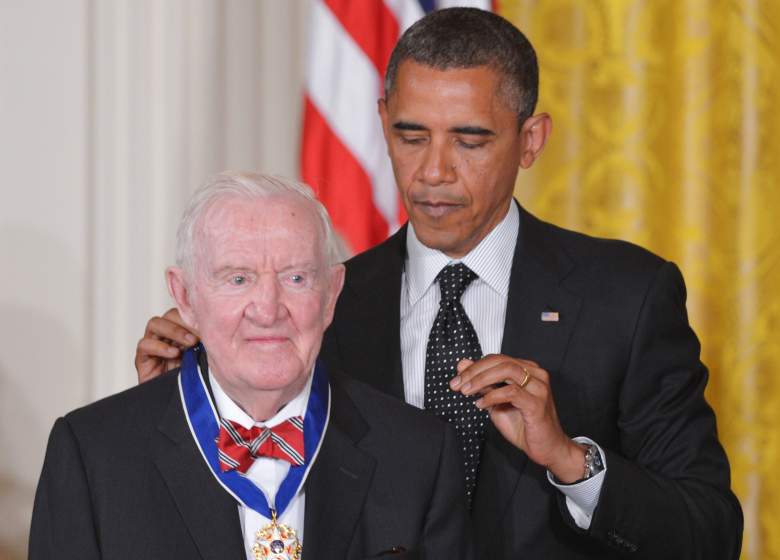 While John was a teenager studying at the University of Chicago preparatory high school, his father, grandfather and uncle were all indicted on embezzlement charges in 1933, according to Oyez.

His grandfather, J.W., had a stroke resulting from the stress. His uncle Raymond committed suicide before the trial began. His father Ernest was eventually acquitted, however, he lost the hotel as well as the family business.

John clearly did not let the scandal deter him from finding success. He went on to study at the University of Chicago. During his time there, John joined the Phi Beta Kappa fraternity, the same as his father. 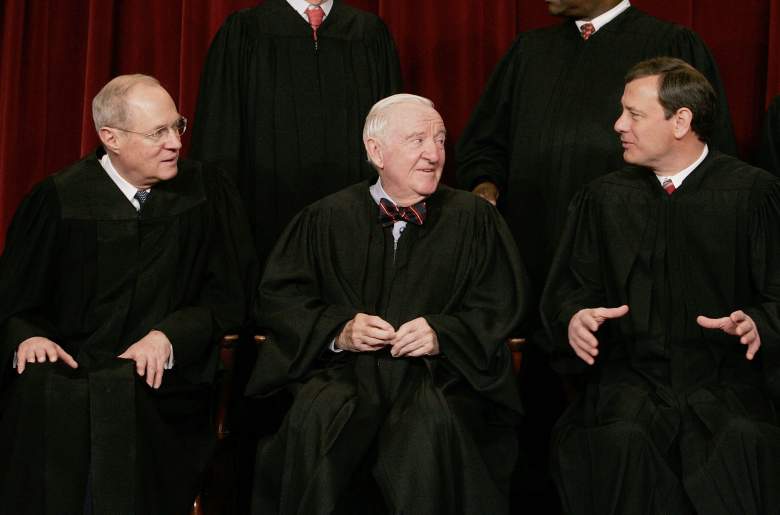 During his undergraduate years at the University of Chicago, where he was earning his B.A. in English, John met Elizabeth Sheeran. The two married in 1942.

John and Elizabeth went on to have three children together, however, they divorced in 1979. Shortly thereafter, John married Maryan Mulholland Simon.

Maryan was a dietician. According to the Washington Post, she passed away at a hospital in the Mount Vernon section of Fairfax County on August 7, 2015, after suffering complications from hip surgery.

4. John and Elizabeth Had Three Children

They don’t make ‘em like Justice John Paul Stevens anymore. May he rest in peace and his legacy in the law endure.

Here’s a picture of him wearing short sleeves at 99 and living his best life. pic.twitter.com/SKf40370k9

After marrying Elizabeth Sheeran in 1942, the couple went on to have three children, two daughters and a son, according to Oyez.

In addition, John had nine grandchildren: Kathryn, Christine, Edward, Susan, Lauren, John, Madison, Hannah, and Hailey. He also had 13 great-grandchildren. It was reported that John’s family was by his side when he died at Holy Cross Hospital in Fort Lauderdale, Florida.

5. John’s Brothers Were Both Lawyers

John Paul Stevens was a passionate voice for justice on the Supreme Court. His long tenure was marked by a tireless and deeply-held belief in a broad vision of the American story. May he Rest In Peace.

According to the New York Times, John’s two older brothers, Bill and Jim, were both lawyers. Their father Ernest was also a lawyer before going on to run the LaSalle Hotel, according to ABA Journal.

Bill and Jim reportedly encouraged John to attend law school as well. After his discharge from the Navy, he used the G.I. Bill to attend Northwestern University Law School. John was editor in chief of the law review and graduated in two years with the highest grade-point average in the school’s history.

According to the press release from the Supreme Court, Stevens was in the U.S. Navy from 1942 to 1945. He then served as a law clerk to U.S. Supreme Court Justice Wiley Rutledge in 1947. Two years later, he was admitted to practice law in 1949 in Illinois. He became Associate Counsel to the Subcommittee on the Study of Monopoly Power of the Judiciary Committee of the U.S. House of Representatives from 1951 to 1952. He was a member of the Attorney General’s National Committee to Study Antitrust Law from 1953 to 1955. He served as second Vice President of the Chicago Bar Association in 1970. From 1970 to 1975, he served as Judge of the United States Court of Appeals for the Seventh Court.

“John Paul Stevens was a passionate voice for justice on the Supreme Court,” journalist Dan Rather wrote on Twitter. “His long tenure was marked by a tireless and deeply-held belief in a broad vision of the American story. May he Rest In Peace.