Mike Maroney is a West Virginia state senator who was charged with soliciting prostitution by on Wednesday, August 28, 2019, according to WV MetroNews.

According to Police Chief Edward Vogler, the 51-year-old Republican West Virginia Senator turned himself in on the morning of August 28, 2019, after an arrest warrant was filed against him on August 27, 2019. Maroney is accused of misdemeanor charges of soliciting prostitution, as stated in the criminal complaint.

Maroney Was in Contact With a Woman Named Cortnie Ann Clark, Accrding to Police 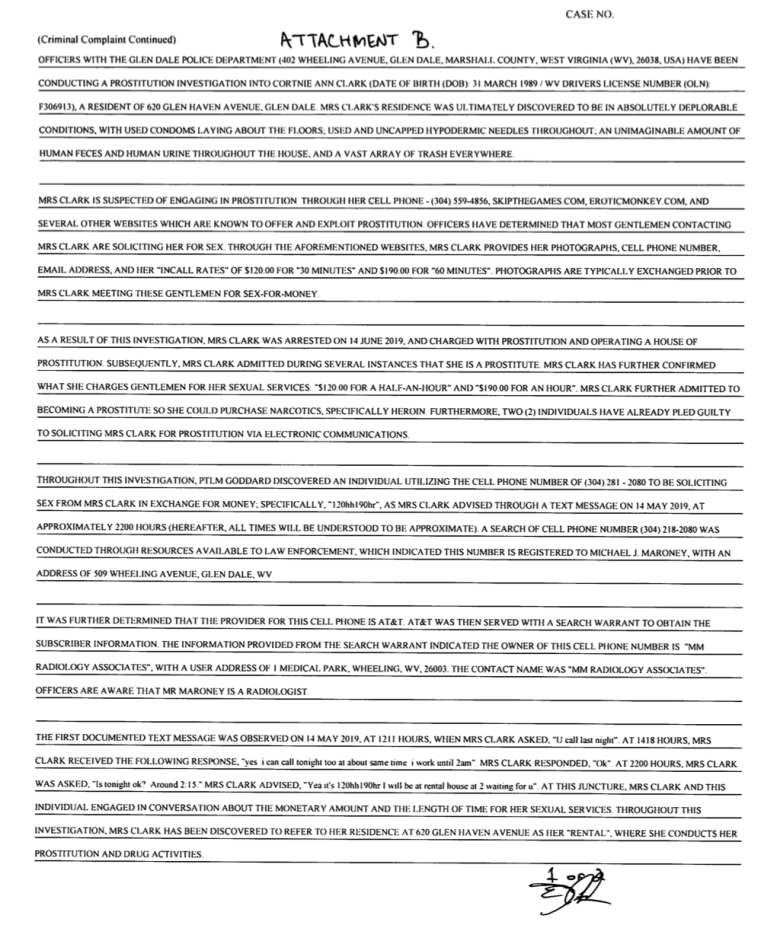 According to the criminal complaint, officers with the Glen Dale Police Department had been conducting a prostitution investigation into a 30-year-old woman named Cortnie Ann Clark.

The complaint says Clark’s residence was found to be in “absolutely deplorable condition” with “used condoms laying about the floors,” an “unimaginable amount of feces and human urine” throughout the house, a “vast array of trash everywhere,” and “used and uncapped hypodermic needles” throughout.

Clark was suspected of engaging in prostitution via her cell phone and various websites, according to the complaint. She was charged with prostitution and operating a house of prostitution on June 14, 2019. Officers subsequently determined Clark’s cell phone provider was AT&T and obtained a warrant for the subscriber information, which led them to the owner, “MM RADIOLOGY ASSOCIATES.” Maroney is a radiologist, according to the complaint. 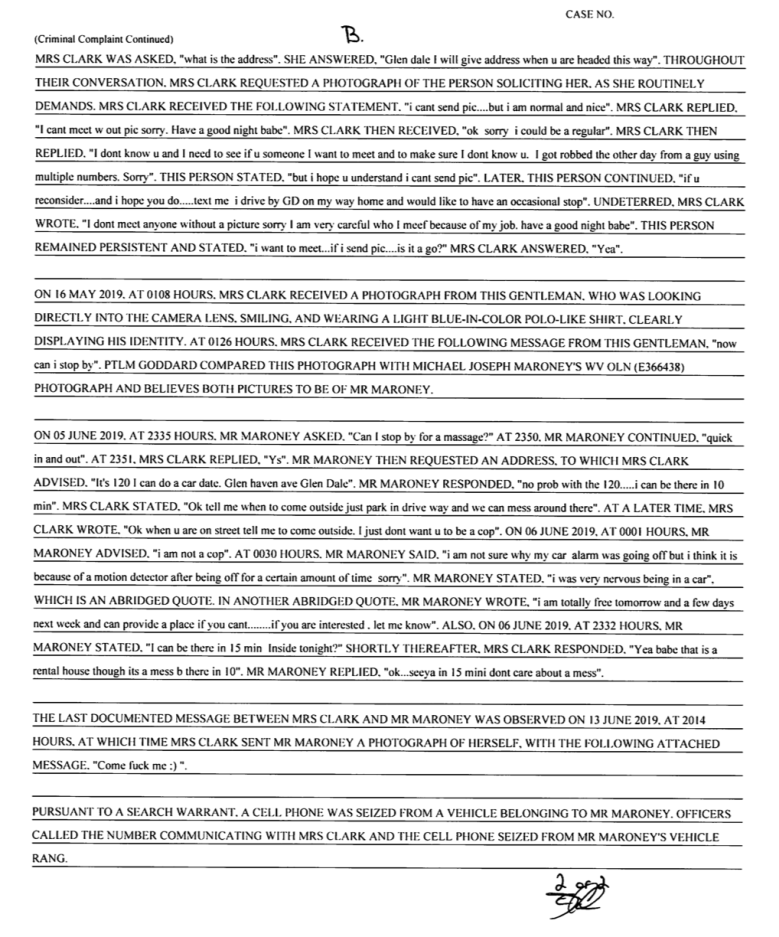 At 2:18 p.m. that day, she received the response, “yes i can call tonight too at about the same time i work until 2am.”

The complaint describes more messages setting up a meeting at 2 a.m., plus a conversation about a monetary amount and length of time for sexual services.

As the conversation continued, the complaint states, Clark asked for a photograph.

“i cant send pic… but i am normal and nice,” the response said.

The response to her was, “ok sorry i could be a regular.”

Clark then responded that she needed a picture, saying she recently had been robbed by someone using multiple numbers.

The text conversation continued that way until a text came from Maroney’s phone: “i want to meet… if i send pic is it a go?” Clark said, “Yea.”

According to the complaint, on May 16, 2019, Clark received a photograph from “this gentleman, who was looking directly into the camera lens, smiling, and wearing a light blue-in-color polo-like shirt, clearly displaying his identity.”

Socialism, dismantling of Christian values and guilty until proven innocent. These components of the liberal agenda will be refuted in a big way in WV.

According to Maroney’s Twitter profile, he is a father, physician and the District 2 State Senator for West Virginia. In several tweets, he refers to Christian values and beliefs.

Maroney went on to earn his Doctor of Medicine from Marshall University School of Medicine, then completed a Diagnostic Radiology Residency and Neurology Fellowship with the University of Maryland Medical System, according to his bio.