Bolton Sanford is one of Mark Sanford’s four sons. The others are Marshall, Landon, and Blake Sanford. Sanford announced his intent to challenge Donald Trump in the Republican presidential primary on September 8.

Bolton is a recent graduate of the University of Virginia. According to his LinkedIn, he works as an acquisitions associate at Ziff Properties, Inc., a real estate firm based in Charleston, South Carolina.

1. Bolton Attended UVA; Sanford Lived With Bolton in D.C. For a Period of Time in 2018

Bolton attended the University of Virginia as an undergraduate and now lives in D.C. According to The State, Sanford stayed with his son and seven other recent UNC and UVA graduates for a period of months in 2018.

He told the publication, “They’re good guys, but I feel like the one random dad in the frat house.” He added, “I try to be as minimally obtrusive as possible. I leave early and come back late…[but they] don’t go to bed early.”

2. Bolton Is Mentioned in His Mother’s Memoir, Regarding His Reaction to His Father’s Affair

Jenny Sanford’s memoir, Staying True, hit bookstores in 2010, a year after the drama around her husband’s infamous affair circulated through the nation.

In the memoir, Jenny wrote that her son, Bolton “showed clairvoyance” in his ability to predict the controversy before it happened. Bolton, who was 12 years old at the time, reportedly said, “It’s worse than Eliot Spitzer!”

3. Bolton First Met His Father’s Mistress on Stage at a Rally

In 2012, in the months following Sanford’s announcement that he and Chapur were engaged, Bolton first met his father’s mistress on stage at a rally. Specifically, Sanford was running in a special election for the congressional seat previously held by Tim Scott.

Per The Seattle Times, Jenny said that Bolton and another son were “visibly shaken” by meeting Chapur at the rally.

Sanford has since implied that his broken engagement with Chapur was heavily influenced by his custody battle with his ex-wife. He wrote in a Facebook post, “No relationship can stand forever this tension of being forced to pick between the one you love and your own son or daughter. And for this reason Belén and I have decided to call off the engagement.”

Chapur disagreed, saying in a statement, “I think that I was not useful to him anymore; he made the engagement thing four months before the elections. So this is not about his son, this is about his career and his ambitions.”

Bolton’s three brothers are Landon, Marshall, and Blake Sanford. Landon Sanford, an entrepreneur based in Charleston, South Carolina, is the founder of an app called Rayka. The 25-year-old graduate of Vanderbilt University described the travel-focused app that helps millennials find appealing places to eat when they’re visiting new areas.

Landon said to The Post and Courier, “Students don’t like the Michelin five star-kind of places that might be high on a general review site. They like cheap places, or maybe even places you can take pictures of.” He added, “Students are resonating with the problem we are solving.” 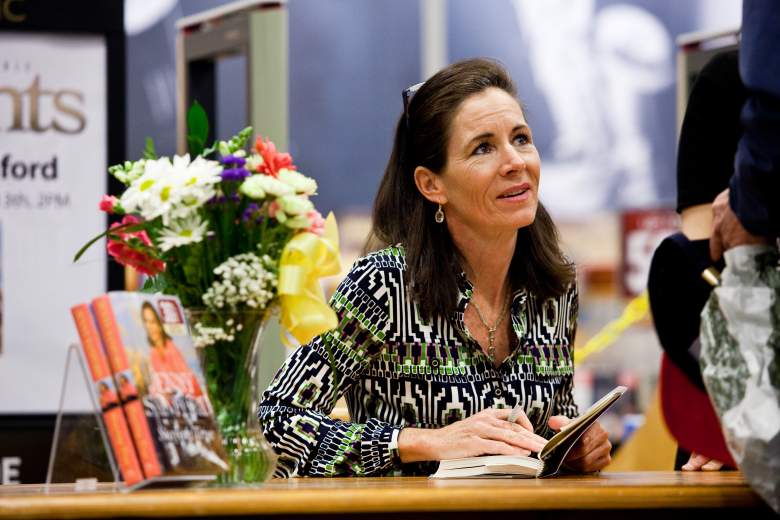 In April 2018, Jenny Sanford remarried to Andy McKay, an investment banker, with all four sons present for the wedding. Jenny’s sister was the one to set the two up; she said to The New York Times, “We all know the story of Jenny and Mark. I wanted her to experience what it was like to have someone love you unconditionally. I don’t think she had ever experienced that.” She said of McKay, “He’s mellow, he’s very intelligent, he’s a family man, and he’s trustworthy.”

McKay, too, has four children, as well as several young grandchildren, The Times reports.