Cokie Roberts’ husband, Steven Roberts, is a lifelong journalist and professor. He wrote several columns and a book with his wife as a co-author, over the course of their marriage. He is now a professor at George Washington University, a contributing editor to U.S. News & World Report, and appears regularly on network television channels like CNN and on shows like Hardball With Chris Matthews.

Cokie Roberts died due to complications from breast cancer, according to ABC News. Her family said in a statement, “We will miss Cokie beyond measure, both for her contributions and for her love and kindness.”

Here’s what you need to know about her husband, Steve Roberts:

1. Cokie Roberts Married Steven Roberts in 1966; They Had a Backyard Wedding With Over 1,000 Guests

Cokie Roberts’ husband, Steven Roberts, is a journalist too. The two were married in 1966, and were each other’s only spouses. In a New York Times article about their marriage, Cokie said that 1,500 people attended their backyard wedding, and that her mother cooked for all of them.

Cokie and Steven frequently spoke about their love for one another; they were married for over 50 years at the time of Cokie’s death. Steven said in that same New York Times interview in 2017 that he was “bowled over” by his wife’s intellect. He said of his wife, “Marrying the right person is the single most important decision you’ll ever make in your life. Everything else is secondary. From the very beginning, I knew what an extraordinary person Cokie was.”

As for Cokie, she offered some words of advice about marriage. “The key in marriage is to try to change together,” she said. “Couples don’t have to change at the same time, it’s more a question of getting there if you want to have that connection and commitment. There are different paces, and you have to realize that, and accommodate each other.”

2. Steve & Cokie Roberts Wrote an Op-Ed About Donald Trump in the Days Leading Up to Her Death 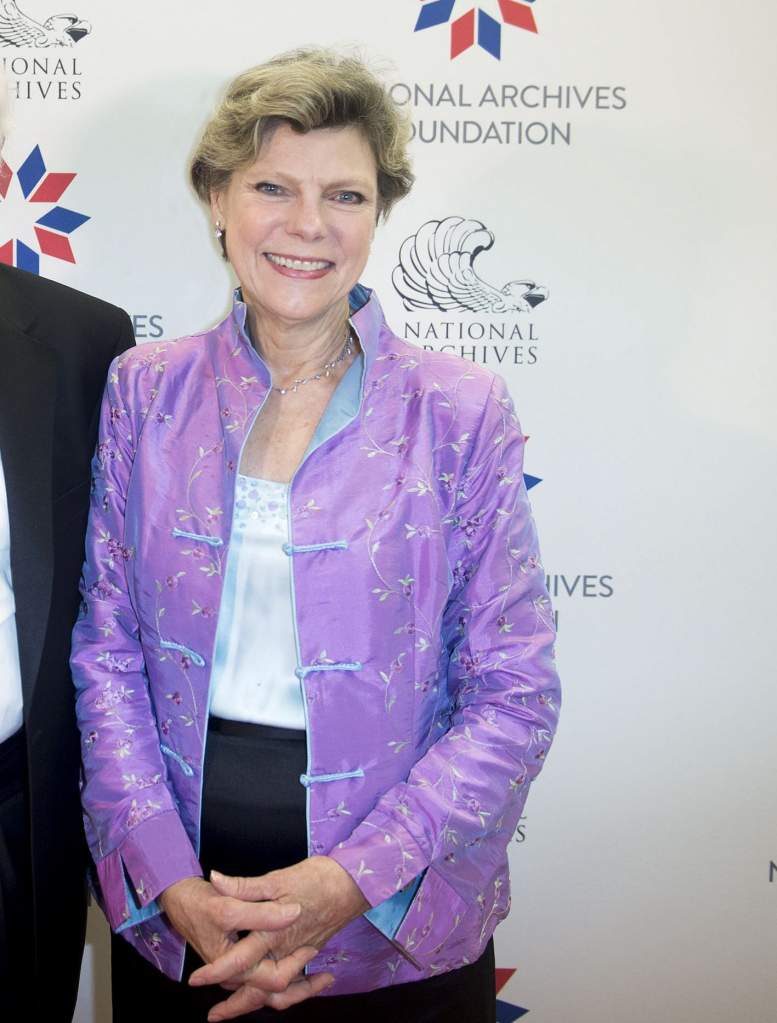 In the days leading up to her death, Steven & Cokie Roberts wrote a shared op-ed condemning Donald Trump’s presidency.

For The Joplin Globe, they wrote as a pair,

“[Trump is] single-handedly destroying the ability of his own government to make sensible policy because he refuses to accept the work of professionals — scientists and economists, intelligence analysts and agronomists — who remain dedicated to their standards of independent nonpartisanship.”

They further asserted later on in the column, “The best way to constrain the Lord of the Lies is to pursue the truth, wherever it leads.”

Cokie won three Emmys throughout her long broadcasting career, and was inducted into the Broadcasting and Cable Hall of Fame, per ABC News.

Per the bio, Steven worked for The New York Times for over 25 years; during those years some of his roles included being bureau chief in Los Angeles and Athens. He also was a White House and Congressional correspondent for the esteemed paper, as well.

In addition to his work as a journalist, Steven also frequently appears as a guest or expert on news shows, and fills in as a substitute for The Diane Rehm Show on NPR.

4. Cokie & Steve Wrote a National News Column Together for Many Years

My prayers are with our friend Steve Roberts and his family for the loss of their dear Cokie. https://t.co/A3hOIYSeGv

Cokie and Steven collaborated together many times over the course of their marriage. They wrote a book together, called From This Day Forward, and also contributed together on a nationally syndicated news column for USA Weekend for a number of years.

Per Steven’s George Washington bio, “From This Day Forward [is]an account of their marriage, as well as other marriages in American history. The New York Times called the book ‘inspiring and instructive’ and it spent seven weeks on the Times best-seller list.”

Cokie and Steven’s love story was beloved and well-known by many. In the wake of Cokie’s death, many of Steven’s coworkers have noted how much he loved his wife. Deepa Shivaram of NBC News tweeted, “Steve Roberts, her husband, who couldn’t go 5 minutes in class or at coffee without telling a story about Cokie and their wonderful, adventurous life.”

5. Steven & Cokie Had Two Children Together, Rebecca & Lee; Rebecca Roberts Is a Journalist

Roberts is survived by her two children, Lee and Rebecca, as well as six grandchildren. Rebecca Roberts followed in the footsteps of her parents by becoming a journalist.

Rebecca earned a B.A. in political science from Princeton University. She has since reported for publications like NPR and networks like BBC, and has helped to host a number of radio shows.