Getty House Oversight ant Reform Chairman Rep. Elijah Cummings speaks at the National Press Club August 7, 2019 in Washington, DC. Cummings addressed members of the organization during a luncheon and touched on a number of issues including ongoing investigations of U.S. President Donald Trump.

Democratic Congressman Elijah Cummings has died at the age of 68.

He served Maryland’s 7th Congressional District for more than 20 years, according to a statement on his death by the MD Democratic Party.

Cummings counts Dr. Martin Luther King Jr. as one of his inspirations. Here’s everything you need to know.

GettyHouse Oversight ant Reform Chairman Rep. Elijah Cummings speaks at the National Press Club August 7, 2019 in Washington, DC. Cummings addressed members of the organization during a luncheon and touched on a number of issues including ongoing investigations of U.S. President Donald Trump.

“Dr. King engaged in the never-ending work of perfecting our Democracy, and he called upon our nation to offer far more opportunity and hope to all the Americans who – regardless of their racial background– were being disparaged and dismissed by our society,” Cummings said.

He called for people to resist the processes undermining the democratic system that threaten opportunity. He said that in the past few years, some states have renewed efforts to suppress voting rights.

“We find ourselves again asking for the ballot – just as Dr. King had done in his 1957 speech when he said: ‘Give us the ballot, and we will no longer have to worry the federal government about our basic rights,’” Cummings said. “Today, we must carry Dr. King’s vision forward and fight to expand voting rights. And on this day of remembrance and celebration, I urge all my fellow Americans to carry Dr. King’s dream in their hearts and work towards building a more fair, equal, and just society.”

Cummings often recalled how his mother saw people beaten while seeking the right to vote, according to The Baltimore Sun.

“Her last words were ‘Do not let them take our votes away from us,'” he said.

2. Cummings Listened to Martin Luther King Jr. on the Radio in his Youth

GettyUS Representative Elijah Cummings, Democrat of Maryland and Chairman of the House Oversight and Reform Committee, gestures as he delivers a press conference following the former Special Counsel’s testimony before the House Select Committee on Intelligence in Washington, DC, on July 24, 2019.

In his youth, Cummings ran home on Sundays from the church where his father preached to listen to Dr. Martin Luther King Jr.’s speeches on WWIN-AM radio, he told Baltimore Magazine.

Cummings was also involved in the Civil Rights Movement while growing up in Baltimore. In the summer of 1962, an 11-year-old Cummings and other children helped integrate the Riverside Park pool in South Baltimore while white mobs taunted and threw rocks and bottles at them, according to The Baltimore Sun.

Cummings brought up the anecdote when President Donald Trump tweeted last July about how four Democratic congresswomen of color should “go back” to the countries they came from, according to the publication.

“I don’t think these Republicans or Trump fully understand what it feels like to be treated like less than a dog,” Cummings said. “I’m feeling the same things that I felt when these white folks down in South Baltimore were throwing rocks and bottles at me. But now, I feel like it’s the president of the United States doing it.”

3. Martin Luther King III Called Cummings a “Champion in the House of Representatives”

GettyRep. Elijah Cummings (D-MD) speaks during a press conference preceding a House Oversight and Reform subcommittee hearing on Capitol Hill on July 10, 2019 in Washington, DC. The subject of the hearing was civil rights and civil liberties and migrant detention centers’ treatment of children.

Martin Luther King III, the eldest son of King Jr. and a civil rights advocate in his own right, said in a statement that he was “shocked and saddened” by the death of Cummings.

“He was a real champion in the House of Representatives, and his powerful voice will be missed tremendously,” said King III. “Rest In Peace, sir. Thank you for all you have done for our nation.”

GettyDemocratic US representative Elijah Cummings for Maryland goes to the house chambers, before the Democrat controlled House of Representatives passed a resolution condemning US President Donald Trump for his “racist comments” about four Democratic congresswomen the day before, at the Capitol in Washington, DC on July 16, 2019.

Cummings’ office told The Baltimore Sun that he died of longstanding health problems early Thursday morning. He used a wheelchair to get around and used a walker when he stood up following health problems in recent years, the publication reported.

Cummings had an aortic valve replacement surgery in 2017, the publication reported. Despite the procedure being minimally invasive, it led to an infection that kept him in the hospital for two months. He said at the time that he was “living on borrowed time,” according to The New York Times.

In December 29, 2017, he was admitted to Johns Hopkins Hospital due to a bacterial infection in his knee, according to The Washington Post. He spent 10 weeks in the hospital before recovering at home. 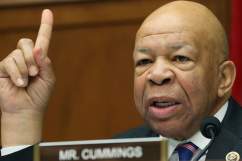 Elijah Cummings Said He Was ‘Living on Borrowed Time’ in 2017

5. Cummings and his Committee Helped Lead the Impeachment Inquiry of President Trump

GettyHouse Oversight and Government Reform Committee Chairman Elijah Cummings (D-MD) holds his gavel as he presides over a hearing on drug pricing in the Rayburn House Office building on Capitol Hill July 26, 2019 in Washington, DC. The committee heard testimony from patients and their family members about the negative impacts of rising drug prices in the United States.

Cummings passed the state bar in 1976 after graduating from the University of Maryland School of Law, according to The Baltimore Sun. He then joined a small law firm and later set up his own practice before becoming a public servant. He became the state delegate in 1982 and served in the Maryland General Assembly for 14 years.

Cummings became the first African American to serve as speaker pro tempore in the Maryland House of Delegates and also became their youngest chairman of the Legislative Black Caucus, according to The Washington Post.

Cummings won the seat in the U.S. House of Representatives in 1996 after Rep. Kweisi Mfume resigned to become the head of the NAACP, according to The Washington Post.

Oversight and Reform, the committee where Cummings served as chairman, is one of the three panels leading the impeachment inquiry of Trump, according to The Baltimore Sun. After Democrats assumed the House majority after the 2018 elections, he won the ability to demand documents about the president’s personal finances and policies along with possible abuses at federal agencies in the Trump administration.

In April 2019, Trump sued Cummings to keep his business records a secret, according to The New York Times.

In February 2019, Cummings summoned Michael Cohen to testify before his committee, according to The New York Times.

Trump sent his condolences to the friends and family of Cummings.

“I got to see first hand the strength, passion and wisdom of this highly respected political leader,” Trump said. “His work and voice on so many fronts will be very hard, if not impossible, to replace!” 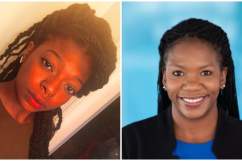