Veterans Day is on Monday, Nov. 11th and honors the nation’s estimated 18.2 million veterans who have served in the U.S. military. The federal holiday dates back to World War I. There are ceremonies and parades across the country and several discounts offered to veterans on Veterans Day.

1. Veterans Day Was Created After World War I and Is Held On Nov. 11 Because the War Ended on the 11th Hour of the 11th Day of the 11th Month

Army Gen. John Pershing pins the Medal of Honor to recipient Pfc. Charles Barger during a ceremony for several soldiers at his headquarters in Chaumont, France, on Feb. 7, 1919. DOD Photo courtesy of Joseph Grokett

Nov. 11 was proclaimed Veterans Day by President Woodrow Wilson and was originally called Armistice Day, according to the Department of Veterans Affairs. In 1954, after the United States fought in World War II and the Korean War, the name of the holiday was changed to Veterans Day under President Dwight Eisenhower.

Veterans Day became a federal holiday in 1968 under the Uniform Holiday Act and under that law it was held on a Monday, ignoring the historical significance of the day in order to accommodate federal workers with a three-day weekend for all federal holidays. In 1975, President Gerald Ford returned Veterans Day to Nov. 11. “This action supported the desires of the overwhelming majority of state legislatures, all major veterans service organizations and the American people,” according to the Department of Veterans Affairs.

“The restoration of the observance of Veterans Day to November 11 not only preserves the historical significance of the date, but helps focus attention on the important purpose of Veterans Day: A celebration to honor America’s veterans for their patriotism, love of country, and willingness to serve and sacrifice for the common good,” VA said.

2. Veterans Day Is Not the Same As Memorial Day, Which Honors Those Killed in Combat, And It’s Not Spelled With an Apostrophe

Many Americans often confuse Veterans Day with Memorial Day, which is observed on the last Monday of May. Memorial Day is a day to commemorate those veterans who were killed in action, while Veterans Day honors all those who have served in the U.S. military.

“As we celebrate Veterans Day, we pause to recognize the brave men and women who have fearlessly and faithfully worked to defend the United States and our freedom,” President Donald Trump said in his Presidential Proclamation for Veterans Day this year. “Their devotion to duty and patriotism deserves the respect and admiration of our grateful nation each and every day. We are forever thankful for the many heroes among us who have bravely fought around the world to protect us all.”

Veterans Day is a time for us to pause and reflect, recall and recognize, and honor and celebrate the service and sacrifices of those who, for 243 years now, have shouldered the challenge and responsibility of defending freedom. pic.twitter.com/jgqc0GRwQp

Also, Veterans Day is not spelled with an apostrophe. As a Defense Department memo points out:

A lot of people think it’s “Veteran’s Day” or “Veterans’ Day,” but they’re wrong. The holiday is not a day that “belongs” to one veteran or multiple veterans, which is what an apostrophe implies. It’s a day for honoring all veterans — so no apostrophe needed.

3. President Donald Trump Will Attend the Veterans Day Parade in New York City This Year, Becoming the First President to Do So Amid Concerns He Will Politicize the Event

The president is always invited to the New York City parade, which this year celebrates its 100th year and is the largest in the nation, but they have historically declined to attend in order not to politicize the event.

“We thank and commend President Trump for leading that effort on this Centennial and we acknowledge his historic support for our activities here in New York City.”

Paul Rieckhoff, founder and former CEO of Iraq and Afghanistan Veterans of America, said he’s concerned that President Trump will take the focus off the intent of the New York City parade, which is to honor the nation’s veterans.

BREAKING. This is going to politicize the NYC Veterans Day parade like it’s never been politicized before. Having Trump there will turn a day that is normally about unity, into a controversial, political spectacle. https://t.co/H5DFycdldM

I’m already hearing from lots of vets who are no longer going to the NYC #VeteransDay parade. Even if you’re a @realDonaldTrump supporter, you can’t deny that he’s incredibly divisive. And now, so is a #VeteransDay parade that wouldn’t have been otherwise.

4. There Are an Estimated 18.2 Million Veterans in the United States, But the Population Is Slowly Declining With the Loss of Older Veterans

A World War II veteran renders honors as he arrives for a ceremony for the 75th anniversary of D-Day and Operation Overlord, at the National World War II Memorial, Washington, D.C., June 6, 2019. (DoD photo by Lisa Ferdinando)

There are an estimated 18.2 million veterans in the United States, but the demographics of those veterans is changing as older veterans of World War II, the Korean War and the Vietnam War are dying.

According to the Department of Veterans Affairs, the veteran population “is both declining in number and becoming more evenly distributed in age” as more younger veterans from the wars in Iraq and Afghanistan join the ranks.

The total veteran population in the United States is predicted to decline to 12 million by 2045, according to VA data. That will include a 1.8 percent decline in male veterans and a 2.2 percent increase in female veterans as more women continue to join the military.

5. Like Many Other Federal Holidays, Veterans Day Is Also Known for Lots of Sales and Discounts

New York City hosts the largest Veterans Day parade in the United States, but cities and towns across the country also host parades to honor veterans.

Many national cemeteries also hold Veterans Day events. And Arlington National Cemetery in Washington, D.C. will hold its annual event on Nov. 11, which is free and open to the public. 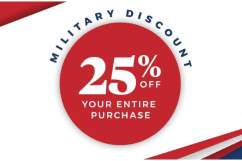 Where Military Spouses Can Get Veterans Day 2019 Deals 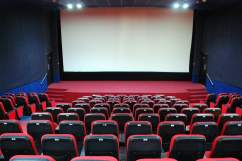 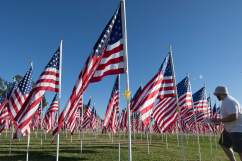 Activities & Things to Do Near Me on Veterans Day 2019

Loading more stories
wpDiscuz
0
0
Would love your thoughts, please comment.x
()
x
| Reply
Veterans Day is on Monday, November 11th and honors the nation's estimated 18.2 million veterans who have served in the U.S. military. The federal holiday dates back to World War I. There are ceremonies and parades across the country and several discounts offered to veterans on Veterans Day.