Resident Evil 3 tells the story of S.T.A.R.S. operative Jill Valentine before, during, and after the events of the RE2. Set in Raccoon City, Jill quickly finds herself in the crosshairs of a new bioweapon dubbed Nemesis. Chased out of her apartment, she stumbles across Umbrella operative Carlos Oliveira and attempts to escape the city before it’s completely destroyed.

Broken up across five major sections, Resident Evil 3 boasts a remarkably short campaign. In my first playthrough on Normal difficulty, I managed to beat the entire game in just under five hours. Everything moves at an accelerated pace and when the credits finally rolled I couldn’t help but feel as if I missed something crucial. Instead of building upon the existing foundation in interesting ways, Capcom just rushes through the story at a breakneck pace. There was an opportunity to really expand upon Carlos and Jill’s adventure, but Resident Evil 3 never gives its players time to settle into the world. 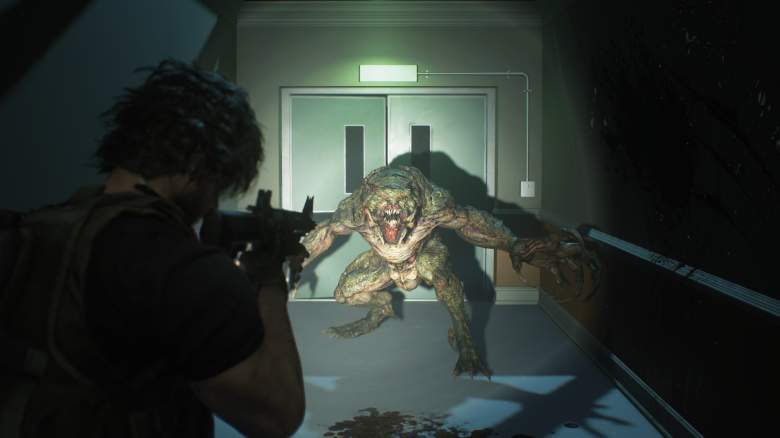 Thankfully, the moment to moment gameplay is still superb. Battling zombies and other monsters is equal parts challenging, horrific, and satisfying. Enemies are quite resilient, with a normal zombie taking several bullets to bring down. This makes most encounters harrowing experiences as you’re forced to decide whether to take down a ghoul or run by them. Other monsters such as massive mutated salamanders called Gammas and giant bugs challenge players in new and unique ways. All of this keeps the combat from growing stale, as you’re always on the brink of running out of resources, adding weight to each battle.

One new mechanic is a dodge that allows Jill to juke away from enemies that are attacking her. It’s a welcomed addition that never feels too cheap as there are plenty of claustrophobic spaces that limit your ability to dodge enemies. Carlos, on the other hand, forgoes the dodge in favor of punching any enemy that’s too close away from him. The timing for this move is quite strict, adding a nice level of complexity if you become jumped by hungry zombies in a small room.

Of course, the biggest threat is Nemesis, a hulking behemoth capable of wielding a flamethrower and rocket launcher. Appearing throughout the campaign, Nemesis is a force of nature that drastically disrupts the gameplay. Battling against him is difficult, as this foe can only be stunned for a brief amount of time before he resumes stalking Jill. While knocking him down yields valuable upgrades, there’s a lot of risk since he can easily kill you with a few hits. This makes encounters tense, especially in the early game where your resources are low. 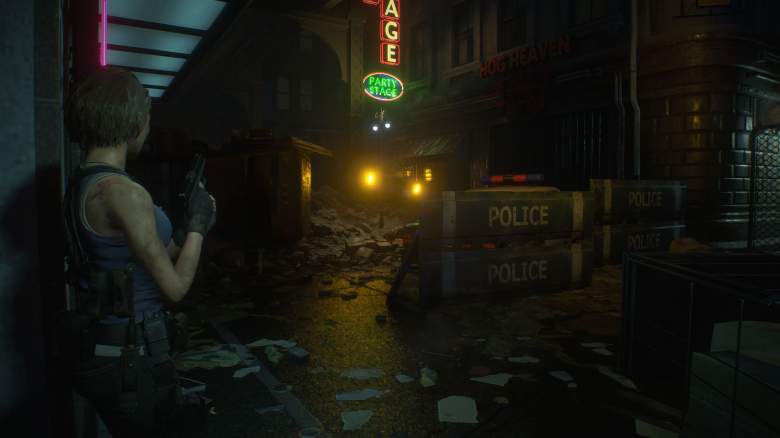 Unlike Resident Evil 2’s Mr. X, Nemesis’s implementation is far more cinematic. He rarely just wanders around the environment looking for Jill, instead, you’ll be pushed into scenarios where you are forced to either stand your ground or run. This strips away some of the terror around Nemesis since you’ll rarely need to deal with him while completing additional objectives. Instead, battles are more focused, which does make the boss battles a step up from Resident Evil 2.

Visually, Raccoon City is brilliantly brought to life is gorgeous, macabre detail. Enemies are all terrifying and the RE Engine once again does a great job delivering moody atmospheric environments. Voice acting is generally solid, with Resident Evil 3 maintaining the same, campy B-movie dialogue the series has embraced. Jill especially is wonderfully brought to life thanks to the talents of voice actor Nicole Tompkins. 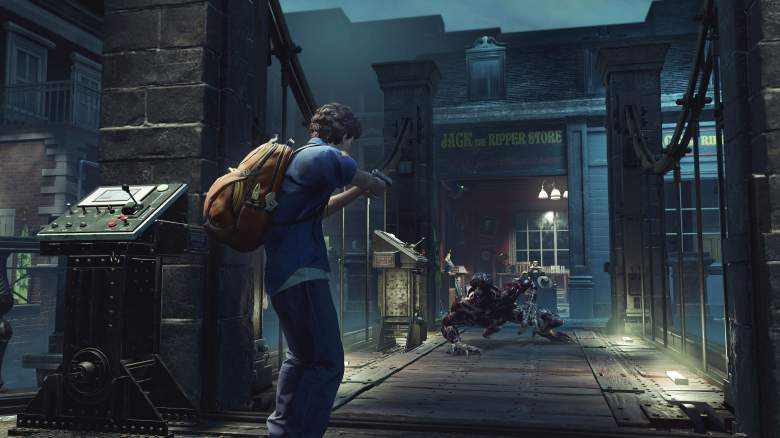 The other half of Resident Evil 3 is a 4v1 multiplayer mode called Resident Evil: Resistance. Taking inspiration from games such as Dead by Daylight and Left 4 Dead, Resistance tasks four survivors with fighting off various monsters while completing different puzzles so they can escape. Each survivor comes with their own skills such as being able to deploy a health regenerating mist or using a Flash Baton to disorientate enemies. Additional abilities can be earned by leveling specific survivors, adding a nice sense of progression based around who you prefer to play.

Before each round, players can purchase weapons, ammo, and healing items at a buy station with Umbrella Credits. These are critical since resources are scarce and you’ll often have to share among the entire team. It’s a nice way to bring the tension into a match, as you’ll need to decide whether it’s worth engaging the various monsters or simply run past them.

Opposing them is the Mastermind, a human-controlled Resident Evil villain that navigates the world via cameras scattered throughout the map. The Mastermind will then sift through a custom-built deck of cards that determines what type of enemies or traps they can lay. You never know what’s coming up next, so you’ll need to plan accordingly with the cards you currently have. Understanding how and when to strike the survivors is key, making every game a mini-puzzle that you have to solve. 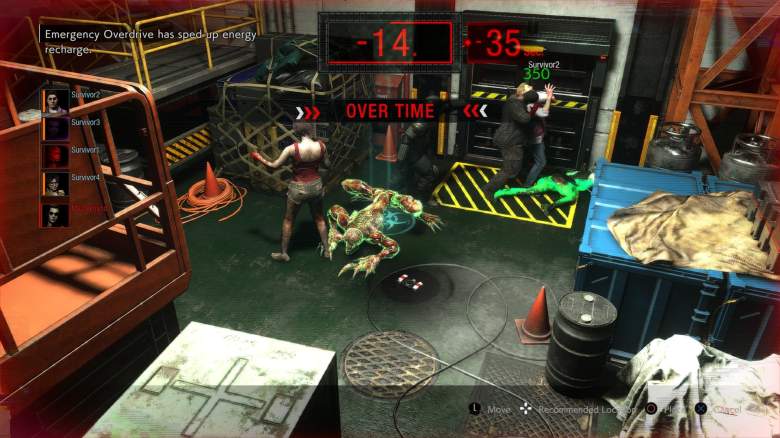 Playing as the Mastermind is easily one of the most entertaining aspects of Resistance. Trapping survivors in rooms and flooding it with zombies never gets old, especially once you’re able to take control of the various ultimate monsters such as Mr. X. On the other hand, I do feel as if the Mastermind may be a bit too powerful – at least for those just starting out. The ability to turn any camera into a machine gun lets you devastate any survivors busy with something else and it’s way to easy to overwhelm your opponents.

Since everything is on a timer, killing players off can drastically reduce their chance of survival. While I won a few times as a survivor, I found myself having a much easier time as the Mastermind. This could change as more players level up and understand every mechanic, but I worry the ruthlessness of Resistance will turn away a lot of users. It’s brutally difficult and the brief tutorial just does an okay job at explaining the fundamentals of Resistance. 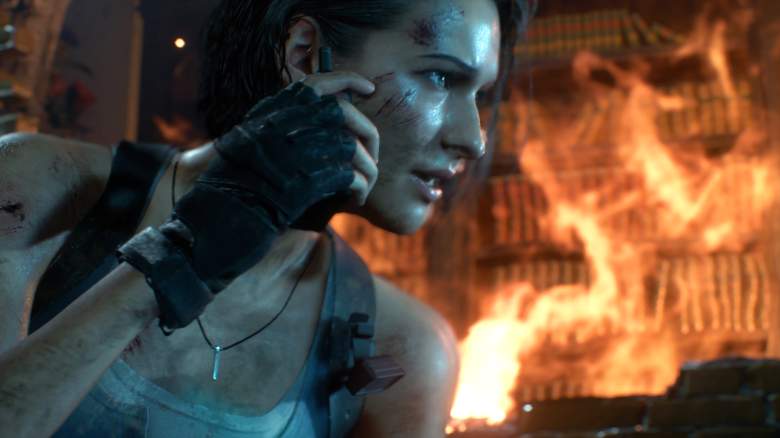 Resident Evil 3 is a game that’s at war with itself. Separated from one another, the campaign and Resistance multiplayer mode both have a ton of potential. Yet, neither side feels fleshed out enough to warrant the sixty dollar price tag. Resistance is fun in short bursts but feels terribly unbalanced at times thanks to the sheer power at the Mastermind’s disposal.

On the other side is Resident Evil 3’s gorgeous, exhilarating campaign that is over way too soon. I was left wanting more than a greatest hits montage of Resident Evil 3: Nemesis. Nothing is built upon or truly expanded in a meaningful way like in Resident Evil 2. What’s left is two components that never cohesively work together to enhance this survival horror game.

Resident Evil 3 captures what makes this franchise so fantastic; it’s just a shame there’s not enough of it.