Getty An oil well near a construction site for homes on February 5, 2015, in Midland, Texas.

For the first time on record, oil prices fell into negative digits on Monday, dropping below negative $40 in a historic crash. The crash comes behind a steady decrease in demand for energy sources following the spread of the coronavirus and subsequent stay-at-home orders around the world, according to the U.S. Energy Information Administration.

Why Is This Happening? 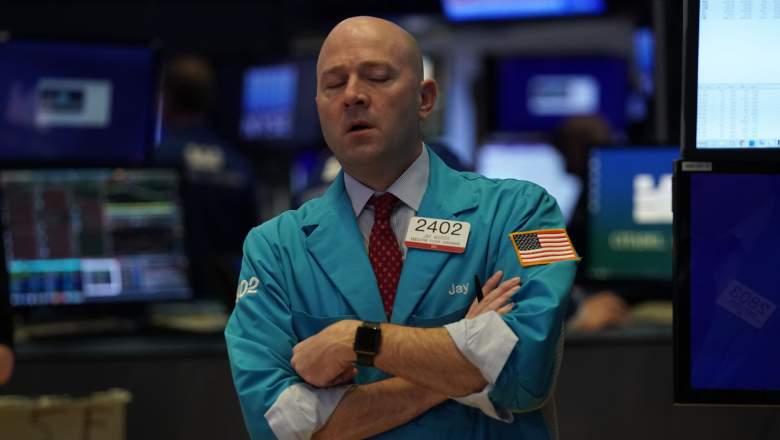 GettyTraders work as major Wall Street indices finish down following an oil price crash and fears over the economic fallout from the coronavirus on March 9, 2020.

In March and April, demand for oil dropped when international economic behavior changed to combat the coronavirus, thereby creating a surplus of oil. Like much of the market, the West Texas Intermediate, a grade of crude oil that sets the benchmark for the price of crude oil, steadily declined through March and April before falling off a cliff on Monday. On Friday, the West Texas Intermediate, known as the WTI, closed at $18.27, according to MarketWatch.

NPR reports that this sudden drop is due to the May trading contract, which expires on Tuesday. Their conclusion is supported by the prices of other types of crude oil — specifically, those exempt from this deadline — which are not dropping at such stark rates. The market is expected to rebound on Tuesday, when bidding begins under the June trading contract, according to the Hill. The June contract for WTI has not slipped into negative numbers but rather stands at $22.68, according to CNBC.

What Exactly Is Happening? 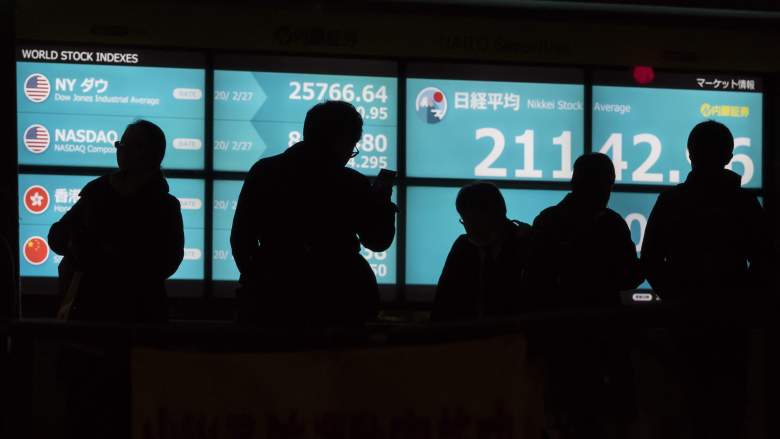 GettyPedestrians walk in front of an electronic board displaying the closing figure of the Nikkei Stock Average on February 28, 2020, in Tokyo, Japan.

When the price of crude oil slips into negative digits, it means that oil companies are willing to pay buyers to take their oil. These historic numbers indicate a tremendous oversupply of oil with limited storage options amid plummeting demand. According to the Hill, the Department of Energy is preparing to rent space in the Strategic Petroleum Reserve to oil companies that need additional space to store their oil.

Unfortunately, storage solutions do little to curb the root of the problem. In an interview with the Hill, Jim Burkhard, vice president and head of oil markets at IHS Markit, said, “It’s not going to change the overall picture. It could help some companies that may need storage but it’s not going to conjure up demand growth, and demand collapse is the core problem.”

What Does This Mean For Everyday Consumers? 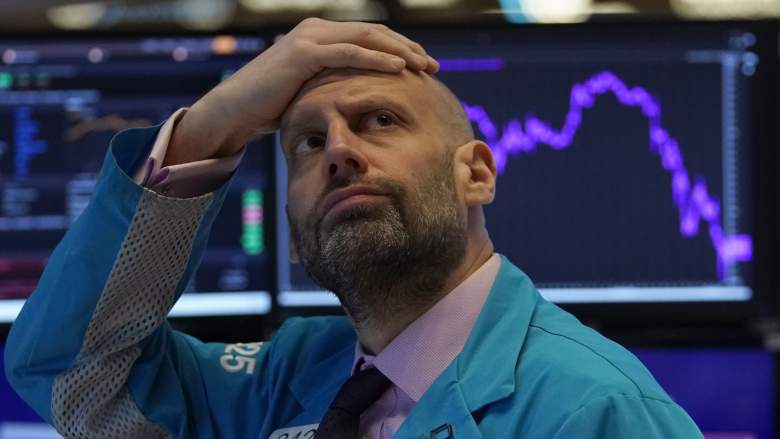 GettyAmid crashing oil prices and mounting worries over the coronavirus, trading on Wall Street is temporarily halted on March 9, 2020.

This drop may result in a sharper decline in gas and diesel prices, meaning that the cost to transport goods, book an airline ticket or fill up at the pump will continue to decrease. The price you pay to fill up your tank moves with the price of crude oil, according to the Balance, but follows roughly six weeks behind crude oil trends.

Balance reports that, typically, the price of crude oil is the major determinant for the price of gasoline because the other costs — corporate profit, distillery and refinery, federal taxes — are relatively stagnant. It’s unclear, however, if those costs will remain stagnant given the upheaval of the market in recent weeks.

The coronavirus and the measures in place to prevent its spread will determine how consumers will be affected. While plummeting prices may lower the cost to transport goods, hazard-pay may increase that cost. Moreover, the reason that oil prices are dropping in the first place, according to Burkhard, is “demand collapse.” Everyday consumers won’t benefit much from lower gas prices and airline flights until travel restrictions have been lifted — at which point the cost of crude oil will go back up because of increased demand.

What Does This Mean For Natural Gas? 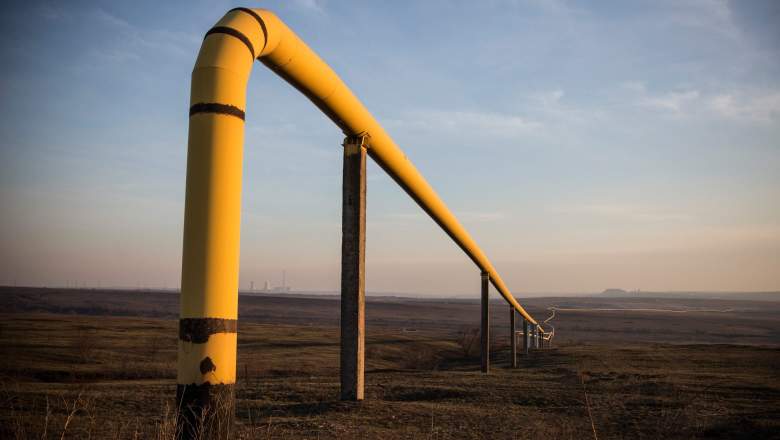 Getty A natural gas line runs through the countryside on March 11, 2015, outside Donetsk, Ukraine.

Like oil, demand and storage options for natural gas have both decreased. In East Asia, this means natural gas is now cheaper than coal, sparking a shift toward clean energy in the region, according to the Wall Street Journal.

Nikos Tsafos, a senior fellow at the Center for Strategic and International Studies, wrote, “One could see governments falling back on the fuels they know to kickstart economic growth—often, that might mean coal,” but that, “gas might prove more resilient than other fuels and thus boost its reputation among skeptical policymakers.” He added, “It is too soon to tell how these contrasting paths play out.”

Loading more stories
wpDiscuz
0
0
Would love your thoughts, please comment.x
()
x
| Reply
For the first time ever, oil prices fell into negative digits on Monday, dropping below -$40 in a historic crash.