City of Ferguson Ella Jones has been elected as mayor of Ferguson, Missouri.

For the first time in history, Ferguson, Missouri — the city where Michael Brown was killed by ex-policeman Darren Wilson in 2014 — has a black mayor and her name is Ella Jones.

Jones was elected as the city’s first black mayor on June 3 after defeating her opponent, Heather Robinson, with 54% of the vote. Jones’ victory comes during a time of unrest across the country, similar to what Ferguson experienced after Brown’s killing, due to the death of George Floyd while in police custody.

Before making history, Jones served as a councilwoman for Ferguson. After being elected in 2015, she focused on police reform, an issue that the city took seriously after the death of Brown and Wilson not being indicted by a grand jury.

Jones, a Ferguson native, said she is ready to tackle all of the issues that plague the small city.

“I’ve got work to do — because when you’re an African American woman, they require more of you than they require of my counterpart,” she said in a YouTube video filmed after her win. “Ferguson is treated as ground zero. When something happens in the country our heart bleeds just like everyone else.”

Here’s what you need to know about Ella Jones:

1. Jones Has a Degree in Chemistry

Jones has an impressive background in chemistry. According to the Ferguson website, she holds a bachelor’s degree in chemistry from the University of Missouri at St. Louis. She is also certified as a high-pressure liquid chromatographer, which means she knows how to separate mixtures. Jones is also a trained pharmacy technician as has worked for the Washington University School of Medicine in the Biochemistry Molecular Bio-physics Department and KV Pharmaceutical Company.

2. She Was a  Sales Director Before Entering Politics

Before she decided to dedicate her life to her hometown, Jones was in the beauty business. She worked as a sales director for Mary Kay, a cosmetics company. Jones held that position for 30 years, according to her bio on Ferguson’s website.

3. Jones Was a Pastor

Besides being dedicated to Ferguson, she is also dedicated to her church. Jones was a pastor for 22 years at the St. Paul African Methodist Episcopal Church.

“Congratulations, Rev. Ella Jones, the New Mayor of Ferguson, Missouri! Member of  St. Paul AME Church!!” the church posted on Facebook. “To God Be the Glory!!”

To boost her efforts at giving back, Jones founded her own nonprofit organization, Community Forward, Inc., for which she serves as the chairperson as well as the founder. One of the projects she spearheaded through the nonprofit was the Halpin Park Project, which was dedicated to building a new, safe park in Ferguson. She collaborated with two other council members in Missouri to “provide outdoor recreational services to children and their families not otherwise available within a reasonable walking distance,” according to the St. Louis American.

5. She’s a Board Member for a Mobile Grocery Market 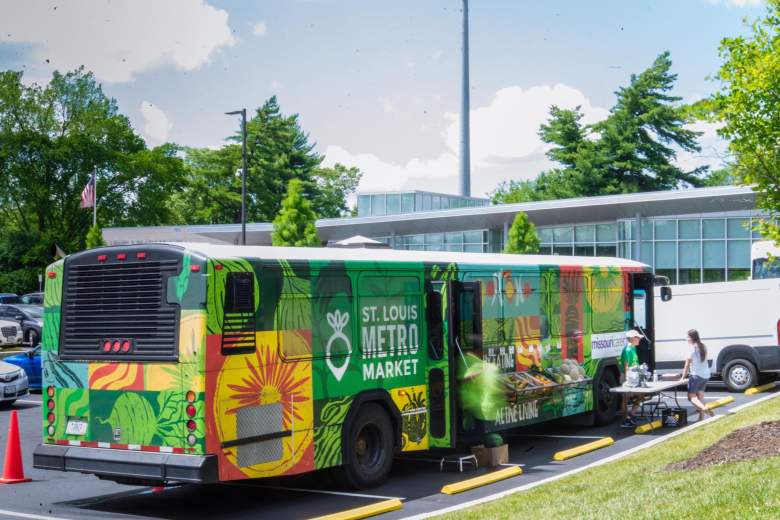 Jones serves as a board member for the St. Louis Metro Market, a mobile grocery store that supplies low-income communities with affordable, locally grown produce and healthy foods. The market is housed in a bus donated by the St. Louis Metro that was converted into a grocery store. Metro Market operates from April to November and visits places like local schools, transit stops, libraries, clinics and apartment complexes in areas that are considered food deserts.