Getty Vallejo Police Department Corporal John Garcia goes over paperwork in his patrol car as he gets ready to patrol the streets May 7, 2008, in Vallejo, California.

Several law enforcement sources have identified Officer Jarrett Tonn as the officer who fired through his windshield and fatally shot 22-year old Sean Monterrosa on June 2, according to Mercury News.

The Mercury News reported that Tonn responded to reports of looting at a Walgreens around midnight. According to Vallejo Police Chief Shawny Williams, Tonn mistook a hammer in Monterrosa’s sweatshirt pocket for a gun and opened fire. Williams added that Monterrosa was in a “half-kneeling position” when he was fatally shot and Tonn thought Monterrosa was going to shoot.

According to the Mercury News, the Vallejo Police Department refused to officially identify Tonn and the other officers involved because that information threatens their safety and the safety of other Vallejo officers. Tonn and these officers have been placed on paid administrative leave, according to police. 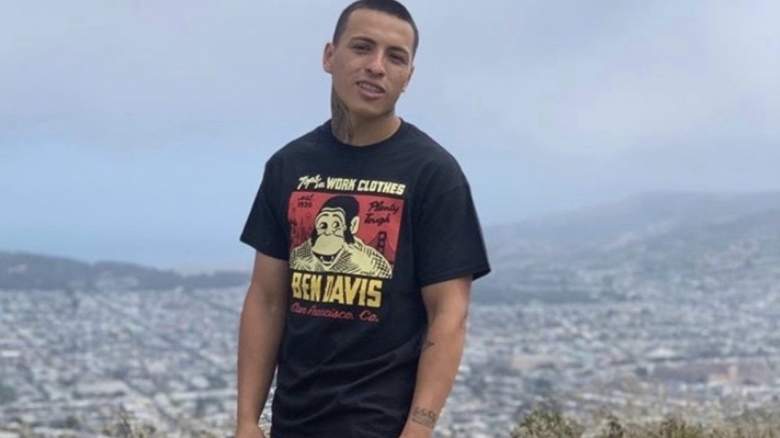 Prior to fatally shooting Monterrosa, Tonn had fired his weapon in the field on three occasions since 2015, according to the Mercury News. Tonn fired his weapon on two occasions in a six-week period in 2017: in May, Tonn and another officer shot and wounded Kevin DeCarlo while attempting to arrest him on a felony warrant, and in July Tonn chased a suspect in a violent carjacking and fired at him three times. In 2015, Tonn fired his weapon 18 times in two seconds while attempting to arrest Gerald Brown, who police allege rammed Tonn’s police vehicle with a stolen car. None of the previous shootings were fatal, according to the Mercury News.

In 2018, Tonn was sued by Vallejo resident Robert Strong, who alleged that Tonn put him in a chokehold, forced him onto the ground and scraped his head against the concrete when Strong began filming Tonn during a stop for a minor traffic violation, the Mercury News reported.

Tonn started his career as a member of the Galt police force in 2007. In 2013, Tonn’s cousin, Galt Police Officer Kevin Tonn, was shot and killed. According to Mercury News, Jarrett Tonn was one of the first officers at the scene of his cousin’s death. Tonn transferred to the Vallejo Police Department the following year.

Vallejo police have been criticized for failing to announce Monterrosa’s death for nearly two days after the incident. At a tense press conference, Williams muddied the timeline of Monterrosa’s death and the police announcement of the shooting. Williams suggested that police issued the information as they received it, but the Times-Herald found that Monterrosa’s time of death was 1:31 a.m., several hours before Vallejo police announced that a shooting had taken place and almost two days before Williams’ press conference.

“I would say that it’s always a tragedy anytime an officer has to use force,” Williams said at the conference. “My condolences to his family. It is a difficult thing to happen, I understand that.”

On Friday, California Attorney General Xavier Becerra announced that his office would review the Vallejo Police Department going back to 2013, according to the Mercury News.

“Our communities are safer when our police departments can build public trust through good policies, practices, and training,” said Becerra. “The review and reform agreement we announced today with the City of Vallejo represents a critical step the Vallejo Police Department must take to build trust with people who have lost faith in them.”

According to the Mercury News, Vallejo police have shot 32 people in the last decade. Eighteen of those victims died. In that time, no officer has been fired for their role in the shootings, according to the Mercury News. According to Police Score Card, Vallejo police also used nonlethal violent force like batons, strangleholds and Tasers during arrests at a greater rate than all other police departments in California.

The office of the Solano County District Attorney, led by Krishna Abrams since 2014, is responsible for investigating and bringing charges against police officers in the Vallejo, Fairfield, Benicia, Dixon, Rio Vista, Suisun City and Vacaville police departments, as well as the Solano County Sheriff’s Office.