Davide Giri was a doctoral student at Columbia University in New York City who was stabbed to death in a random attack.

His website reveals he was a promising scholar who already had multiple publications and projects to his name.

Manhattan’s Bourough President, Gale Brewer, wrote, “I have learned with profound sadness about the death of a young man, Davide Giri, a graduate student whose life was taken from us too soon. He was killed not far from where Tessa Majors was killed also. I thank the NYPD for their quick actions in apprehending a suspect.”

Tessa Majors was an 18-year-old talented freshman at Barnard College who was stabbed to death in Manhattan. A security guard found her, but it was too late.

1. Giri Was Stabbed as He Returned Home From Soccer Practice

According to the New York Times, Giri was stabbed to death near the Columbia University campus, about two blocks from his apartment.

Giri was heading home from a soccer practice around 11 p.m. He was stabbed “in the abdomen,” The Times reported.

The suspect then is accused of stabbing another person nearby, wounding him. The Times reported that the 25-year-old suspect was arrested inside Central Park.

According to CBS Local, citing sources, the suspect is “25-year-old Vincent Pinkney, a known gang member with 16 prior arrests who was out on parole.” 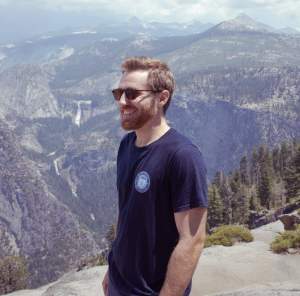 On his website, Giri revealed he was a Ph.D. Candidate in Computer Science.

“Ph.D. Candidate in Computer Science at Columbia University, part of the System-Level Design Group. Research interests include architectures and system-level design methodologies for heterogeneous system-on-chip, with particular focus on hardware accelerators,” he wrote.

He was also working on projects involving computer science and Harvard and Princeton Universities. His thesis was in “Agile Design and Integration of Accelerators in Heterogeneous SoC Architectures.” He was a teaching assistant and project mentor.

Giri’s Facebook page shows him hanging out with friends on a couch and at a pool. Little else is visible on his page.

4. People Offered Tributes on Social Media to Giri, Who Was a Classical Pianist Who Played Competitive Soccer

Born in the Catenaccio Years, your left-foot and slide tackles made wonders.

The New York Times reported that Giri “had played soccer competitively for more than two decades, including with an international club in New York,” and was a classical pianist.
NY International FC wrote, “You are a Legend, Davide. We Love You. We extend our deepest condolences to his family during this time.”

People are offering tributes to Giri on social media.

“First came the email to the Columbia University community early this morning. Now a television camera crew is stationed outside of the Amsterdam Avenue gate of the campus, across the street from our place. Another senseless killing. Instead of posting about his murder, I’m providing a link to Davide Giri’s personal page. I did not know him but I am thinking about who he was before he was violently robbed of his life,” a woman wrote.

It has been one of the hardest days and I can't comprehend this news.

Played with him at practice and we were doing so great.

“We are deeply saddened to share that Davide Giri, a Columbia Engineering graduate student, was killed in a violent attack near campus last night. A criminal investigation is ongoing and police have a suspect in custody. Little more is known at this time, but we will continue to share details here, including about gathering together as a community, as soon as we are able.”

Loading more stories
wpDiscuz
0
0
Would love your thoughts, please comment.x
()
x
| Reply
Davide Giri was a doctoral student at Columbia University in New York City who was stabbed to death in a random attack.