With each week of Fortnite comes a new set of XP coins to collect and those can go a long way to leveling up your account in hopes of unlocking some rare and colorful skins.

This week of Fortnite is no different as there are 11 new XP coins to collect and they’ll take us all over the map to find them. Well, we mean everywhere but the southwest of the map, where the coins have notoriously been absent for almost the entirety of the season.

Nevertheless, we have several coins to track down and a lot of XP to collect, so let’s just get right into it. 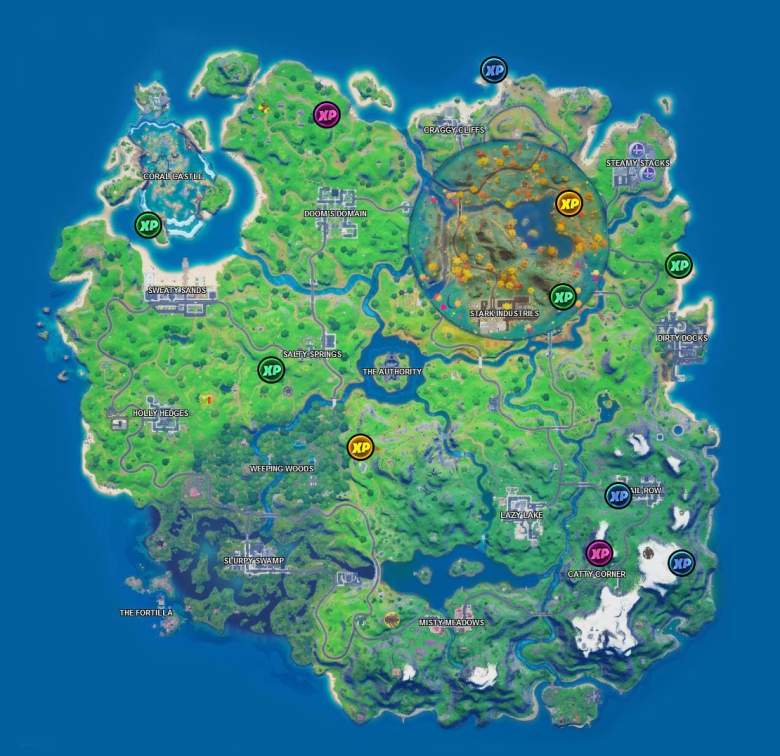 Thanks to the team at Fortnite.gg, we can clearly see where to find each of the XP coins this week.

Keep in mind that some of the coins will be hidden inside of objects, so if you hear the noise, just start smashing stuff near you and you’ll be bound to find where they are hiding.

It’s also worth mentioning that if you haven’t collected the coins from previous weeks, you’ll also have those to look forward to.

The Fortnite challenges seem to end at Week 10, but we still have over a month left in the season, so it would be a bit odd to see it all end there.

There’s nothing that would stop more XP coins from showing up, but having a whole month left in the season and no more weekly challenges would seem like a strange move.

We don’t know what Epic has in store for the game after Fortnitemares wraps up in November, so that’ll definitely be something worth keeping an eye on.

Galactus does have to come to the island at some point so we can see how the season-long plot plays out, and we’ll likely be getting even more secret challenges to help hold us over.

It seems like things are shaping up for an exciting end of season event, so buckle up.