In a February 5, 2022, press release, Corsicana Police Chief Robert J. Johnson wrote that, at 12:06 a.m. that day, the Corsicana Police Department received a 911 call reporting that a “known suspect had killed his (suspect’s) family members.”

Milazzo was tracked down in a vehicle, and he shot and killed himself with a self-inflicted wound to the head, but not before leaving a trail of carnage at two residences, police said in the news release.

Authorities did not name the three people who were injured. They released the names of the deceased people as:

In December 2020, Connie Mimms wrote on Facebook, “Please pray for all of us!!! Especially Kevin..he is in bad place.” A friend asked, “What is wrong with him, Connie?” She replied, “Satan.” To another friend, she responded, “on antibiotics. Kevin needs God … Satan torments him.”

In 2014, she wrote, “33 years ago I gave birth to my only son Kevin. It’s been a ride to remember. Some up some down but I wouldn’t give u up for nothin.” Milazzo had a lengthy criminal history in Texas.

Upon arrival at the first residence, officers “located an adult male and adult female, deceased in their residence in the 2900 block of W. 2nd Avenue. Both subjects had suffered gunshot wounds. A search of the residence revealed two additional gunshot,” victims, police wrote. CBS Dallas wrote that these deceased victims were William and Connie Mimms, the mother and stepfather of Milazzo.

The living victims “suffered gunshot wounds and were transported by air ambulance to a Dallas area trauma center.”

On her Facebook page, Connie Mimms wrote that she went to Navarro College, lived in Corsicana, and was from Dallas, Texas. She filled her Facebook page with family photos, including on Christmas, and with graphics about politics and religion. In 2021, she wrote, “HAPPY ANNIVERSARY BILL MIMMS 38 YEARS.. HEY YR TO OLD FOR ME LOL..NAH LOVE 💘 U.”

In one post, Connie Mimms wrote that her son, Kevin, had made her brisket and loved her. “I love when I wake up and see sunshine. Truly a gift from God,” she wrote in 2020.

FacebookKevin Milazzo with his mother

“They’re just really good people. They didn’t deserve for this to happen to them,” neighbor, Kim Felix, told Local12.

Felix told the Corsicana Daily Sun that the Mimms had a son who moved back in with them recently due to mental health struggles.

“The father just rode his lawnmower over here and brought us homemade cookies the other day,” she said. “They were really good people.”

The Navarro County Sheriff’s Department responded to a second location near the intersection of Garrity and Stroud Streets in Frost, Texas, police wrote.

There, they found the bodies of an adult male and a child, who both died from “fatal gunshot wounds.” CBS Dallas reported that these victims were Joshua Milazzo and Freeman.

Connie Mimms wrote on Facebook in 2019, “To the most awesome grandson Joshua Milazzo, He is 19 today. Happy Birthday !. U make me proud. Ur heart is soft, ur love for God is awesome. I love u.”

A third adult female was also found “with multiple gunshot wounds” and was taken to a Dallas area trauma center. Her condition is unknown.

A man wrote on the comment thread of the police news release post, “I knew one of the victims out of all these people I went to school with him very great friend of mine very angry and sad at the same time we’ll see each other again someday my friend Joshua Milazzo.” 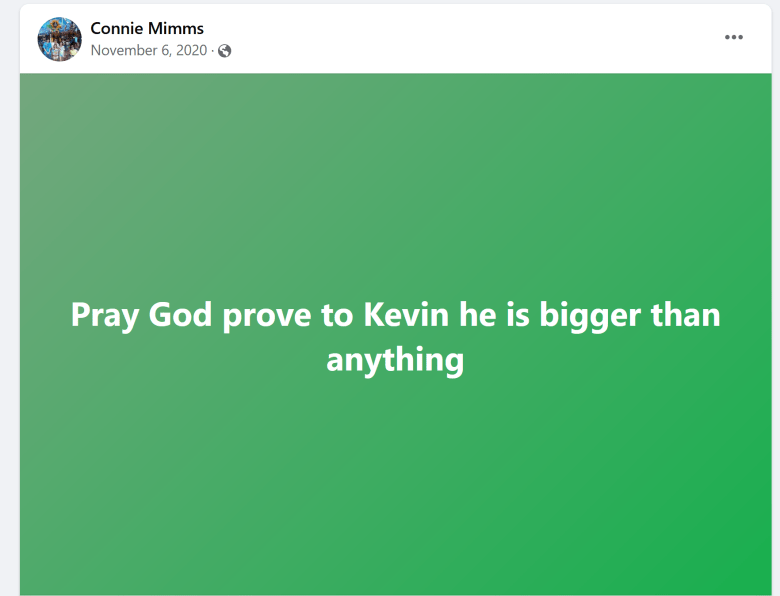 According to the Texas Department of Public Safety, Kevin James Milazzo had a lengthy arrest record including the following arrests:

August 3, 1999: arrest for assault, causing bodily injury by Corsicana Police Department. The case was a misdemeanor. He was found guilty and received six months confinement.

August 16, 1999: arrest for aggravated assault with a deadly weapon, a felony in the second-degree, by Corsicana Police Department. The disposition is listed as deferred on a misdemeanor count. He received 1 year confinement.

October 20, 2000: arrest for misdemeanor marijuana possession by the Navarro County Sheriff’s Office. He was convicted. The disposition is listed as six months confinement.

September 10, 2001: Arrest for misdemeanor possession of marijuana by Corsicana police. He was convicted of the misdemeanor and four months court confinement is listed.

September 11, 2002: Arrest for aggravated assault, serious bodily injury, a felony, by Mexia police, as well as burglary of habitation. He was convicted of the latter, which is what the prosecution changed the offense to and was given one year confinement.

May 5, 2004: Arrested for driving while license suspended by the Navarro County Sheriff’s Office. He was giving confinement time on the misdemeanor.

July 20, 2005: Arrested for evading arrest, a felony, by the Corsicana police. He received 18 months confinement.

July 20, 2005: Arrested for driving with an invalid license by the Corsicana police. He received confinement time on the misdemeanor.

October 14, 2005: Arrested for driving with an invalid license by Corsicana police. Given confinement time.

May 1, 2006: Arrested for driving with an invalid license by the Navarro County Sheriff’s Department and given confinement time.

June 6, 2006: Arrested for evading arrest, a misdemeanor, by the Navarro County Sheriff’s Office. He was given six months’ confinement time.

June 6, 2006: Driving with invalid license by the County Attorney’s office in Corsicana. He was convicted and given confinement time.

April 16, 2012: Driving with an invalid license arrest by Corsicana PD. He was given confinement time.

February 1, 2012: Another driving with invalid license arrest by Corsicana PD. Given confinement time.

August 30, 2013: Arrested for terroristic threat, a misdemeanor, by Corsicana PD. Given confinement time.

March 8, 2016: Arrested for unlawful possession of a firearm by a felon, a felony, by the Navarro County Sheriff’s Office. He received 5 years confinement.

He was paroled on several occasions, most recently through October 3, 2021.

5. Milazzo Shot Himself in the Head After Police Remotely Stopped His Vehicle, Authorities Say 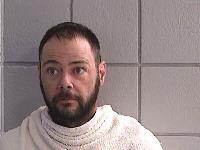 The detectives were able to identify and track the suspect’s vehicle through its GPS navigation system. Multiple law enforcement officers “searched for and intercepted the suspect vehicle on FM-1129, just south of Roane Road,” the news release said.

They instructed the monitoring service to remotely turn of the vehicle’s engine, and it came to a full stop.

SWAT officers approached the vehicle and found the driver critically injured from a self-inflicted gunshot wound to the head. He was taken to a hospital, where he died.