Scott Henry is a Texas school board member who is the focal point of controversy after a video clip emerged of him talking about Black teachers at a Cy-Fair Independent School District board meeting in January 2022.

According to ABC13, there are now calls for Henry to resign. He, in turn, has accused people of twisting his words for political motivation.

Cy-Fair ISD stands for Cypress-Fairbanks Independent School District, located near Houston. While Henry remains on the school board, he has lost his job as a result of the comments and backlash. Henry had worked at Splunk, a San Francisco, California-based software company. Splunk said on Twitter in the days after video of Henry went viral, “We viewed the employee’s conduct as inconsistent with who we are as Splunkers and the individual is no longer employed by our company. Diversity, equity, and inclusion are core to Splunk’s values and mission. We are deeply committed to DEI and take these concerns seriously. Due to the privacy of any individuals involved, we do not discuss specific employee matters.”

You can watch video of Henry’s comments below. Here’s what you need to know about Scott Henry:

1. Henry Brought Up the ‘Average Percentage of Black Teachers’ & Compared It to the Dropout Rate in Houston

According to ABC13, Henry was “talking about a new report, commissioned by the district, that shows disparities between how white students and minority students are treated, and recommends hiring an equity administrator.”

“It’s on y’all, quite frankly, this heap of junk we paid for,” Henry said at the meeting. “The community elected us because of one thing – they saw that there was a problem.”

2. Henry Says His Words ‘Are Getting Twisted by Political Actors for Political Purposes’

In a Facebook post, Henry accused people of twisting his words. Here is his statement in full:

I serve on this board for one purpose: making sure our children are receiving the best education possible. I am not a politician and don’t care about politics. I just care about our kids and their education. Unfortunately my words are getting twisted by political actors for political purposes.

I was defending our school district against attacks from an out-of-state political organization that claimed our schools were failing our students because we did not one pre-determined diversity metric. This political organization claimed that one metric – the percent of Black teachers in our schools – determined the quality of education our students receive. I was simply refuting that by pointing out the fact that there is no one metric that determines education quality – there are a number of important metrics that should also be taken into account. Diversity is just one of those metrics, it’s not the only metric.

Any suggestion that I said more black teachers leads to worse student outcomes is a flat out lie and those spreading that lie should be ashed of themselves. I am proud that our school district has placed an emphasis on hiring diverse teachers and that we exceed in doing so.

We need to get back to the basics in our schools, focusing on reading and math and the educational building blocks that have fallen out of focus during this pandemic. That’s all I care about and why I serve on the school board. I’m not going to let disingenuous political attacks district me from that.

3. Henry Was Part of a Trio of Candidates Who Ousted Incumbents in November 2021

According to a November 2021 article in The Texan, Henry was one of three challengers who ousted incumbents “following a year of heated controversy in the state’s third-largest school district.”

The Texan reported that Henry and two other victorious challenges, Lucas Scanlon and Natalie Blasingame, were “all endorsed by the Harris County Republican Party (HCRP), the Conservative Coalition of Harris County (CCHC), and business political networking organization BIZPAC.”

Race was at the center of those challenges, the article reported. The incumbents caused controversy after passing a “Resolution Condemning Racism” in September 2020 “that called for an ‘equity audit’ and pledged to ‘lead through policy and practice to eliminate racism, systemic racism, discrimination, injustice, and inequality in any and all its forms.’”

One incumbent also caused controversy for “a series of social media posts that compared police officers to the Ku Klux Klan and included racially tinged comments about black GOP congressional candidate Wesley Hunt,” according to The Texan, which said parents came to School Board meetings to protest Critical Race Theory. 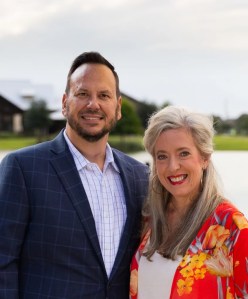 Henry’s campaign website for School Board says that he “was born in Dallas, Texas, and have lived in Cypress since 2004 when my company relocated us to the Houston area. As Texans by birth, we are proud to call it home and love everything about it from the hill country to beaches in Port Aransas.”

His bio adds, “For the past 20 plus years, I have been in the public sector working in the software industry in various management roles for several large multi-billion dollar companies. This experience has helped me gain great networking with business executives around the world.”

“I am married to my wonderful soul mate Jennifer for the past 29 years. We have three fantastic children with one child still attending school in the district. We attend Second Baptist Church where I assist the Tech Ministry on a monthly basis with lighting and other tech needs. I am also on our HOA board and have been serving the needs of our community for over six years. In addition, I serve as a MUD director for MUD 398.”

5. Henry Promised to Be the ‘Voice of Our Children & the Parents of Our Community’ & Ran on Eliminating Critical Race Theory From the School District 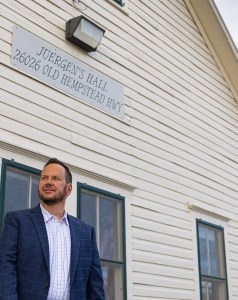 When he ran for School Board, Henry said on his campaign website:

As a Cy-Fair ISD Parent, I will strive to be the voice for our children and the parents of our community. I will ensure the board will operate both ethically and with Christian values. Operating with transparency is key when dealing with a sound budget and the overall management of operations. This will be in the best interests of our children and the community which will always be at the center of everything I do.

He ran on an issue platform that included eliminating critical race theory from Cy-Fair ISD.

Focus on academics, not politics
Servant leadership that puts students first
Respect family boundaries
Bring accountability and Cy-Fair’s most cherished values back to our schools
Empower our teachers to connect with students, inspire academic excellence, and be passionate about teaching again

The board should all agree to never support divisive ideologies like CRT in any classroom, book, or teacher training in Cy-Fair
Teaching kids to see privilege or prejudice where it does not exist is wrong and does not belong in the classroom

Parental involvement and control in education.

The board serves the community at the pleasure of the parents and the taxpayers. The board should represent them effectively instead of advancing their own agendas
Parents need more opportunities to provide meaningful input to the educational direction of Cy-Fair ISD with transparency in curriculum
​
Let Teachers teach again with more control in the classroom

Keeping and retaining the best talent for Cy-Fair ISD
Teachers should have creative freedom to customize lesson plans and to adapt those lessons to the current students.

What has CRT to do with the report on the disparities between the treatment of white and black students? The report argues for more minority teachers and his comments make no sense. If more teachers are needed shouldn’t the new ones all be paid the same- so why argue about pay disparity? Why discuss the percentage of black teachers in other districts when the problem being discussed is the problems students in this particular district face. What a bunch of garbage.

CRT IS THE WORST THING IN AMERICA……YOU WANNA TEACH MY KIDS THIS….SUCK MY GUN BARREL….

I happen to support Scott Henry of the Cypress Fairbanks SD. I am a Navy veteran and retired urban HS teacher. Black students are part and parcel to the Cypress SD. Efforts to pit them against he white students is obvious and detrimental. —Because of poor education, black teachers do not have the proper tools in most cases to work with our children. The Democratic Party is now Bolshevik and out to destroy capitalism and Western Civilization with Christianity viewed as the cause of all racist ills. African-Americans are now little more than “proxy warriors (read E Michael Jones PhD) for the implementation of the Masonic agenda.

Loading more stories
wpDiscuz
5
0
Would love your thoughts, please comment.x
()
x
| Reply
Scott Henry is a Texas school board member who is the focal point of controversy after a video clip emerged of him talking about Black teachers at a Cy-Fair ISD School Board meeting.