Jamar and AnnMari Robinson are the Atlanta couple who died by drowning during a trip to Puerto Rico two months after celebrating their 15th wedding anniversary. Jamar Robinson was the principal of the city’s Westlake High School. AnnMari Robinson was an assistant professor at Georgia State University.

Westlake football coach Bobby May confirmed the couple’s deaths in a tweet on November 11. May wrote, “Our hearts are broken for the family of Mr. Robinson and Mrs. Robinson and the entire Westlake community. We will always remember Mr. Robinson as the principal who worked tirelessly, was always upbeat, passionate, never missed a game or event and LOVED his students with a heart that was unmatched.”

Puerto Rico Headline News reported that Robinson and his wife were swimming at the beach close to the La Concha Hotel in San Juan on November 8 when AnnMari Robinson began to struggle against “a whirlpool and currents.” The report said that Jamar Robinson attempted to reach his wife, and bystanders also tried to help them, but both drowned. Authorities received a 911 call about the incident at 3:08 p.m., the outlet reported.

CBS Atlanta reported that an email sent to parents from the Fulton County School System clarified that the couple’s deaths were unrelated to COVID-19.

This. The love and passion he had for his students ! My message to all of you is to be the Great that he saw in all of YOU! pic.twitter.com/n0UbTD39VW

According to Jamar Robinson’s profile on the Fulton School System website, he was a graduate of Southwest Dekalb High School. He went on to attend Florida A&M University, where he was a drum major in the school’s band.

Robinson was quoted by The Famuan newspaper in 2000 as saying, “I always want to be the best — the top in whatever I do.” Following his graduation from Florida A&M, he attained advanced degrees from the University of Phoenix, Georgia Southern University and Georgia State University. Prior to joining Westlake High School, Robinson taught at Martin Luther King, Jr. High School in Stonecrest, Georgia. His initial roles at Westlake High School was as an English teacher and manager of schoolwide testing.

According to his LinkedIn page, Robinson became the assistant principal of the school in 2016 and was named as principal in June 2018. Robinson’s profile also indicates was also a mentor with the Young Men of Excellence program. He wrote in a letter to faculty, parents and students upon his appointment as principal of Westlake, “I have been here for the struggles, the triumphs, and the setbacks. I have seen our community and students pull together to accomplish the unthinkable, and then go back and exceed expectations yet again.”

In 2014, then-Georgia Secretary of State Brian Kemp awarded Robinson the “Outstanding Georgia Citizen” award, according to his Westlake High School profile. Robinson’s favorite quote, according to that page, was, “If you don’t want to serve, you aren’t ready to lead.”

3. AnnMari Robinson Said: ‘Through My Pursuit & Attainment of Knowledge, I Have Become a Conquerer’ 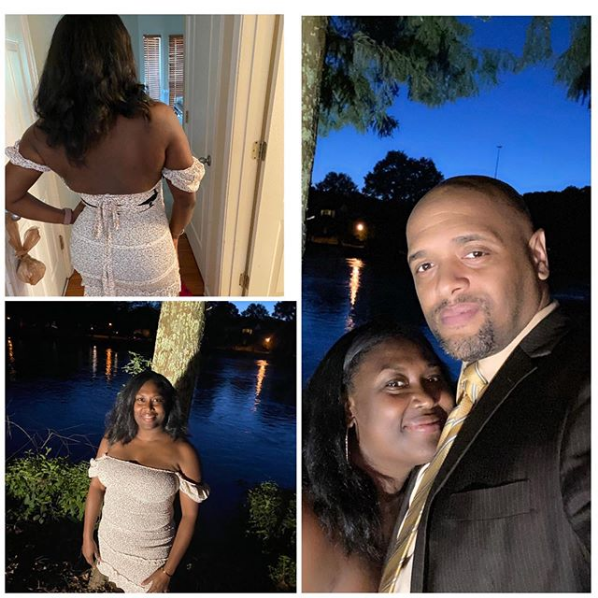 AnnMari Robinson had been an assistant professor at Georgia State University Perimeter College since 2005, according to her LinkedIn page. She listed Miami, Florida, as her hometown on her Facebook page and attended Miami Edison High School. Like her husband, Robinson was a graduate of Florida A&M, graduating in 2001 with a degree in criminal justice and political science. In 2002, Robinson attained a master’s degree in public administration. She also attended Georgia State University. She wrote on her Facebook page:

My life has been defined by the acceptance of challenges placed before me and my ability to meet and overcome those challenges to ultimately find success. Throughout the struggles and circumstances I have found myself in, education has been my one steady and absolute ally. Through my pursuit and attainment of knowledge, I have become a conqueror.

On September 13, the couple celebrated their 15th wedding anniversary, according to a post on Robinson’s Instagram page. She wrote in part in the caption, “Just asking God to bless our family and keep us thankful and grounded!”

11Alive in Atlanta reported in April 2020 that Jamar Robinson was responsible for getting Westlake High School seniors’ photos onto billboards across Atlanta and South Fulton. He told the station, “We knew we had to do something huge to make up for that they are still recognized and still loved so you drive up and down the streets and you see these gigantic billboards highlighting everything. Our students up there as well.” In August 2020, Robinson defended his students in an interview with WSB-TV after a photo of Westlake students on school grounds without masks went viral.

In one of his final posts, Robinson tweeted about the election of Kamala Harris as vice president of the United States. He wrote, “Proud to live in a time where young black women will know that the term Madam Vice-President is no longer imaginary, and be able to celebrate that a woman of color 1st broke that barrier. This is just the belated announcement of the greatness these women have always demonstrated!”

Westlake High School basketball star Raven Johnson mourned Jamar Robinson on her Twitter profile, referring to the principal as one of her “biggest fans.” The South Carolina University-bound Johnson tweeted, “He was one of my biggest fans. Since school started back, all he kept saying to me is ‘We are going to get that 4peat and you will lead us all the way.’” Johnson is due to commit to the South Carolina Gamecocks on November 13 in a remote signing, according to Rivals.com.

Loading more stories
wpDiscuz
0
0
Would love your thoughts, please comment.x
()
x
| Reply
Jamar and AnnMari Robinson are the Atlanta couple who died after drowning during a trip to Puerto Rico where two months after the couple celebrated their 15th wedding anniversary.