Reddit is down for many users, as of Thursday evening. At 5:04 eastern time, the platform confirmed that it was aware of the issue, and said “a fix has been identified and is in the process of being applied.” 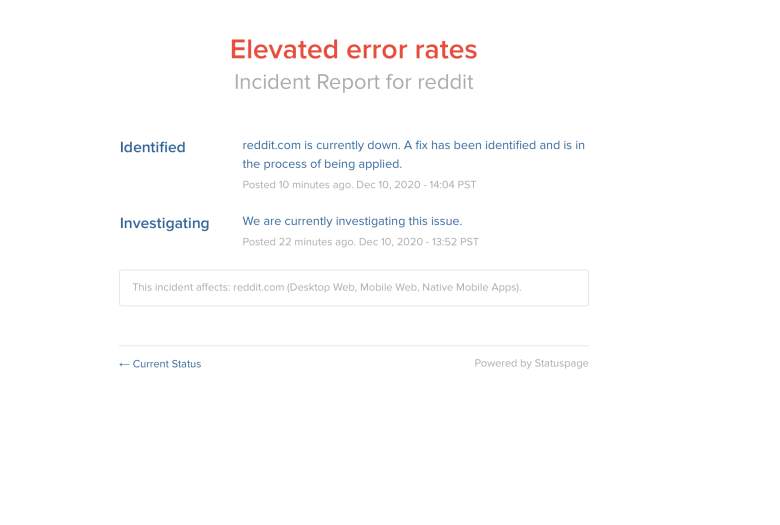 When the platform crashed, thousands of users turned to Twitter to relay their frustrations with the situation. One user screenshotted the “503 error” notice they were getting from the site. “Y’all ok?” The user tweeted.

In the official status update, the platform confirmed that the issues were taking place on the platform via any device, on mobile and on web browsers.

Down Detector provided more context around the incident, showing that there had been over 50,000 reports of issues with the site, with complaints starting at around 5 p.m., eastern time. The majority of those reports came from users on the mobile version of Reddit, with a smaller percentage lodging complaints about the Reddit app.

Down Detector’s Outage Map indicated that the majority of the issues were reported from users in the United States, particularly on the west and east coasts.