The gamers have taken to Twitter to show their cheers and jeers on this year’s E3. There are so many ways to crack on Xbox with only 140 characters. Check out the best tweets with jokes, trailers, memes and pics, straight from the floor of the LA Convention Center.

Someone should hold an E3 conference for the games I haven’t beaten yet to get me excited about them again.

I’m up!! E3 day 1 begins!!! First thing I see is this: youtube.com/watch?v=QOdW1O… and instantly I know this year is gonna be great.

Ladies and gentlemen, the best video ever has been made youtube.com/watch?v=kWSIFh… Sony’s complete and dominating ownage of E3 is now complete. 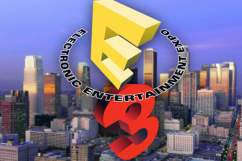 The best thing to come out of #E3 this year was this image; twitter.com/Bendilin/statu…

Nintendo better announce a goddamn HD remake of Christmas Morning 1994 for making me get up this early. #E3

E3: Where we get our pictures taken with booth babes while furiously arguing there is no misogyny in gaming.

Nothing can top seeing Killer Instinct today. I’m good for the whole week of E3. Tomorrow though – the new Super Smash Bros. is all I want!

That moment when everyone lost their mind. #ps4 #e3 twitter.com/Higgins82/stat…

1st I hosted the @ubisoft E3 presser,then #Archer won a #CCTA for best animated show, then Aaron Sorkin said he’s a fan. And then I died.

Aw man all this E3 coverage makes me misty for G4. It was always an intense couple of days (months for Mr. @adamsessler), but always fun! 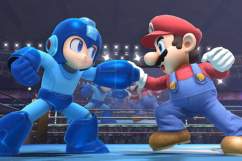 Read More
E3, Funny Tweets, Games, Social Media, Twitter
There are so many ways to crack on Xbox with only 140 characters.