When Instagram Video debuted last month, it brought the speed of social media video up from Vine’s 6 seconds to a whopping 15 seconds.

Actors and comedians David Koechner and Harland Williams have seized the opportunity to use this new social media tool to create a “full length” movie. Dubbed an “Instamovie” Steady and Shakes tells the story of two bad cops and is the first ever movie shot with Instagram Video.

The special effects, steady camera work, and really any sort of production value is completely non-existent, but c’mon, it was shot with zero money on Instagram, what do you expect? While Instagram Video is a relatively new thing, the story for Steady and Shakes was conceived by David years ago and kept on the shelf until a way to present the slapstick comedy was developed.

The movie was split up into 8 clips of 15 seconds each, clocking the action comedy in right at 2 minutes. Not to spoil the ending for you, but yes, they did leave it open for a sequel. 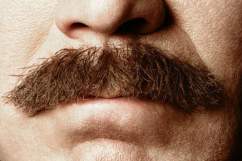 The Channel 4 News Team is Back with ‘Anchorman 2′ Official Trailer!