Bunnies can fly…proofOur little bunny that we found in the garage. Fed him for a week and let him go. Unfortunately the hawk had other plans… :( This video is licensed and protected by this YouTube Channel. For licensing or usage, contact licensing@viralhog.com **Update** and answers to some questions: 1) It is %100 real video, no editing and it was filmed with a Motorola Droid Rzr Maxx HD 2) The mommy bunny can be seen in the video just below the neighbors mailbox/driveway lying in the grass. Kermit did not run towards the bigger bunny. 3) This was not setup in any way shape or form. 4) The laughter at the end of the video was shock and the dis belief of what we captured on film. 5) The title is misleading and was the first thing I thought of when I uploaded. 6) We had no idea the video would go viral (hence the clear display of our license plates) 7) We explained to our daughter that the bunny went for a ride and was returned to its mother. She is only 4 and knows no different. 8) My wife was devastated and immediately began crying. I had to stop filming and comfort her for a bit.2013-09-25T22:21:23.000Z

This video is proof that bunnies can, in fact, fly.

Currently going viral on reddit, this video depicts, well, proof that a bunny can fly. We don’t wanna spoil it, but suffice it to say, if a kid can handle this, this is a good lesson about life and how nature works. I feel bad for the little girl who witnessed this brutal event because this is a pretty graphic way to learn about nature, but she had to learn sometime.

For the rest of us, those more exposed to how the world works, this is hilarious. Check it out. 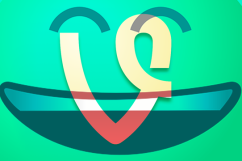 150 of the Best Vines in the World