If you run into @TheMattEspinosa on the I
nternet, you may be asking for some greater context on why this kiddo has so many followers and so much attention.

Here’s what you need to know about Matt Espinosa.


The hashtag is #getMatthewTo200k, indicating that people are trying to get the number of his Twitter followers up. Many fans are tweeting in support of Matthew Espinosa saying things like:

Come on guys we can do this everyone go follow this cutie ;)) @TheMattEspinosa he’s almost at his goal 200k follow him !! #getmatthewto200k

Been watching this kid since 2k followers on vine, possibly my fav viner! Get him to 200k @TheMattEspinosa #getmatthewto200k ❤️❤️❤️

2. Matt Espinosa Nearly Started a Riot at a Canadian Mall

While hard evidence is lacking regarding the extent of the riot, the above video shows at least mild disorder and lots of screaming. A Storify post tells a different story:

3. He Commands a Hefty Social Media Presence and Has 1.3M Vine Followers


Matt’s biggest social media outlet is his Vine where he has risen to meteoric heights. His twitter is approaching 200k followers as earlier discussed, and his Instagram has 313k followers. Meantime, his YouTube has almost 100k.

4. He May Be Famous Because He Looks Like Bieber

5. He Played Football for His High School, Bishop Ireton

This page also indicates that he plays Lacrosse. Matt is clearly an individual with a broad range of talents and interests. 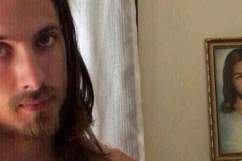 What is the Selfie Game? 5 Fast Facts You Need to Know