Lipton Tea wants everybody to chill out. And to do that, they’ve recruited the Muppets for their new ad campaign. 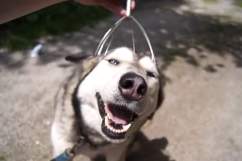