A man in Northwest Houston has his family worried after they found out he had stripped naked and was dancing on a busy intersection.

But the many styles of dancing is laudable. According to an interview with a witness by KHOU:

“He was doing the Beyonce, the surf board, twerking, the Nae Nae. Every dance that’s out there right now, he was doing,” said witness Chad Arceneaux. “I didn’t know what was next.

People began to cheer, which made the situation more hectic for police.

A relative of the man stated that he had gotten high on embalming fluid. It was a first time occurrence, allegedly.

Best of luck to him. 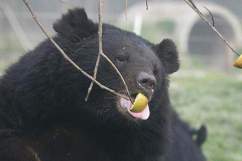 WATCH: Hunter in Tree Gets Joined by a Family of Black Bears

Read More
Drugs, Streaker, Texas, Youtube
A drugged out, nude Northwest Houston man drew applause as he performed incredible dance moves on a busy intersection. His family was not so amused.