Have you heard about the new Amazon Echo? 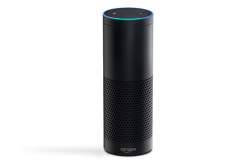 WATCH: What Is Amazon Echo? What Does It Do?

It’s basically a cylindrical tube for your home that acts as a sort-of “out of the box” Siri.

If you’re still confused, watch the commercial Amazon released above.

Did you watch it? Great, now watch the hysterical parody commercial of it below made by Barry Mannifold, who took the original commercial and gave it a hysterical new audio track.

Funny enough, the parody commercial has more views on YouTube than the real commercial.