When most of us think of Thanksgiving, we think pecan pie, football, turkey, and going home to friends and family. But what we often fail to acknowledge is the history and meaning of the holiday. What is the origin of Thanksgiving Day?

In 1620, a ship called the Mayflower left Plymouth, England for the New World. After a difficult battle at sea that lasted 66 days, the 102 passengers of the Mayflower landed near the tip of Cape Code, which was too far north of their intended destination. One month later, they made their way to Massachusetts Bay, and the Pilgrims began to build a new home at Plymouth.

Nearly half the Pilgrims died from starvation and sickness in the New World, but those who survived experienced their first successful corn harvest in November 1621. To celebrate, Governor William Bradford organized a three-day long feast and celebrated with their Native Americans friends. Today, this feast is recognized as America’s first Thanksgiving.

According to the History Channel, the food prepared for America’s first Thanksgiving is different than many of the meals we celebrate with today.  “Historians have suggested that many of the dishes were likely prepared using traditional Native American spices and cooking methods. Because the Pilgrims had no oven and the Mayflower’s sugar supply had dwindled by the fall of 1621, the meal did not feature pies, cakes or other desserts, which have become a hallmark of contemporary celebrations.”

Take a step back in time with the pilgrims when you @visitplymouth on a #Thanksgiving #RoadTrip. #FunPlaces #Travel https://t.co/hlcGlkdBGd pic.twitter.com/G3RbWqKe7W

The Plimoth Plantation writes, “The arrival of the Pilgrims and Puritans brought new Thanksgiving traditions to the American scene. Today’s national Thanksgiving celebration is a blend of two traditions: the New England custom of rejoicing after a successful harvest, based on ancient English harvest festivals; and the Puritan Thanksgiving, a solemn religious observance combining prayer and feasting.”

In 1789, George Washington issued a proclamation and America celebrated its first Thanksgiving Day under the new constitution. That was the same year that the Protestant Episcopal Church announced the holiday would take place annually on the first Thursday in November. Despite these motions, Thanksgiving wasn’t truly celebrated until the latter half of the 19th century, when President Abraham officially set aside the last Thursday in November as a national day of Thanksgiving. In 1941, Congress permanently named the fourth Thursday of each November as a national holiday.

Though the meaning of Thanksgiving has changed a number of times– from being grateful about one’s survival to recognizing a thriving community– it’s typically recognized as a celebration of gathering in unity. The holiday is also meant to teach the younger generations about the history of America, and to give thanks for the gifts in our lives.

Shelley Duval: Photos of the Actress Then and Now 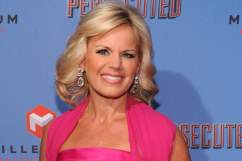 Read More
Social, Thanksgiving
What is the history and meaning of Thanksgiving? What are the origins of the holiday? Get the details here.