Reddit / mochanutcoconutA photo of the Berenstain Bears with incorrect tags.

A Redditor has uploaded a photo of Mama Bear and Brother Bear of the Berenstain Bears, but with tags reading “Berenstein.” Redditors say it confirms the conspiracy of an unannounced name change or parallel universes, however, it’s more like just knock-offs of the real Berenstain Bears or a common mistake of mispelling, even on official products.

The image was uploaded to Reddit by mochanutcoconut, who wrote, “My best friend found this tag when they were cleaning out her grandmas house on some old BERENSTEIN Bears.”

The post immediate immediately shot to the top of Reddit, with fans of the Berenstain Bears conspiracy saying it provides proof to their theory. “You just found the missing link in one of the most hotly debated childhood nostalgia topics of our age. Get that shit on eBay,” wrote humboldt77.

The Berenstain Bears conspiracy theory is that most people incorrectly remember the name as the Berenstein Bears. To explain the memories, some people have come up with humorous theories of an unannounced name change, time travel, or parallel universes. However, the technical term for it would be the “Mandela effect,” which is a collection of false memories.

Other examples of the Mandela effect include the common belief that the non-existent 1990s “movie” Shazaam starred the comedian Sinbad. This false memory might be the confluence of multiple factors, including a character named Sinbad in The Thousand and One Nights, the casting of basketballer Shaquille O’Neal as a genie in the similarly named 1996 film Kazaam, and the fact that people of other races are routinely confused by other members of other races.

The Mandela effect is named after Nelson Mandela and was coined by “paranormal consultant” Fiona Broome, who thought that the South African leader Nelson Mandela died in prison in the 1980s instead of 2013. Broome claims that thousands of other people thought this.

In regards to the Berenstain Bears, the National Post quotes Michael Berenstain, the son of the late authors Stan and Jan Berenstain who created the franchise. Michael says, “[My dad’s] elementary school teacher said that his name was spelled incorrectly and that she was changing it to ‘Berenstein,’ and that she wouldn’t recognize the spelling of his name in her class because there was no such name. So it goes back pretty far, the issue. And when I was a kid growing up, nobody pronounced it correctly. I never even tried to get people to pronounce it correctly. They always said ‘Berensteen’ or ‘Bernstein’ or something. I never thought much about it at the time. I just figured that, you know, people pronounce things incorrectly, and that’s just the way it is. It’s not a new issue, it’s just a common phenomenon that happens to people with oddly spelled names… If people think that old documents and old books have magically changed from one spelling to another, then people are free to believe whatever they want to believe. But it’s really silly.”

However, there are others that still won’t believe Michael. For those, we offer the above image (most likely a knockoff) and this website, a collection of all things “Berenstein.” 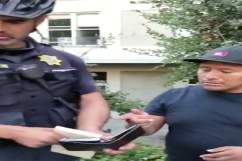 Read More
Conspiracy
A Redditor has uploaded a photo of Mama Bear and Brother Bear of the "Berenstain Bears," but with tags reading "Berenstein." Redditors say it confirms the conspiracy of an unannounced name change or parallel universes.