Columbus Day is finally here, and while some of us are sitting at home enjoying our fall lattes as we curl up on the couch, others are at work, crunching numbers and sitting in meetings. This begs the question: who exactly gets Columbus Day off? Is it a federal holiday? Which states give workers Columbus Day off as a paid holiday? 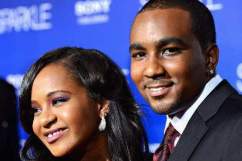 Although Columbus Day is one of 10 official federal holidays, it’s known for being an inconsistently celebrated holiday. Observance of the holiday varies in different parts of the US. Most states observe the day as an official state holiday; however, many call it a ‘day of observance’, and continue operate on their normal schedules.

With federal offices closed, banks and bond markets that trade in US government debt will be closed; the stock market, however, remains open. If you’re not a federal worker, you may very well have work– it’s essentially up to your employer.

Here Are The Cities That Celebrate Indigenous Peoples' Day Instead of Columbus Day https://t.co/mh5o5cOyod

According to the Council of States Governments’ Book of the States, only 23 states gave their employees Columbus Day as a paid holiday in 2015. In states where Columbus Day isn’t observed as a public holiday, many business and shops will likely be open.

The day commemorates Christopher Columbus arriving in the Americas on October 12, 1492. According to History.com, Columbus Day was celebrated unofficially in a number of cities and states as early as the 18th century. It became an official state holiday in Colorado in 1905, and a federal holiday in 1937.

Over the years, the holiday has become a source of controversy. Columbus encountered many indigenous people on his travels through the Americas, and his use of violence and slavery has led many to believe the holiday should not be celebrated. He also unleashed a host of diseases upon his arrival in America that wiped out entire indigenous populations.

Great to march in the Columbus Day Parade this afternoon, a celebration of Italian-American culture. pic.twitter.com/VBQbXaChru

Here’s what will be closed on Columbus Day:
– Most banks (Wells Fargo and Chase will remain open)
– Post offices
– Federal offices (many state government offices will be closed as well)
– School closures change by state, so contact your local school to find out if it will be open 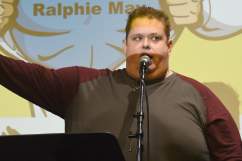 Read More
Columbus Day, holiday, Social
Who gets the day off on Columbus Day? Is it a federal holiday? Find out here.