Regardless of the outcome of Scotland’s independence referendum, Thursday will go down as a historic day for the Scots.

The Royal and Ancient Golf Club of St. Andrews announced that it will finally allow female members after being a male-only club for its entire 260-year history — a timespan almost as long as Scotland’s union with England, which is on the line in the referendum.

Peter Dawson, the club’s secretary, announced the move in a statement, noting that 85 percent of the club’s members voted to allow women.

Here’s the statement from Dawson:

I am very pleased indeed to announce that the membership of The Royal and Ancient Golf Club of St Andrews has voted overwhelmingly in favour of welcoming women members.

More than three quarters of the club’s global membership took part in the ballot, with a decisive 85% voting for women to become members.

This vote has immediate effect and I can confirm that The Royal and Ancient Golf Club of St Andrews is now a mixed membership club.

The membership has also acted to fast-track a significant initial number of women to become members in the coming months.

This is a very important and positive day in the history of the Royal and Ancient Golf Club. The R&A has served the sport of golf well for 260 years and I am confident that the club will continue to do so in future with the support of all its members, both women and men.

The club was founded in 1754 and is one of the oldest and most prestigious clubs in the world. The vote to allow women comes two years after Augusta National — the home of the Master’s and the most prestigious golf club in the United States — admitted its first female members, one of whom was former Secretary of State Condoleezza Rice. 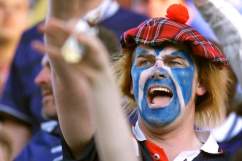