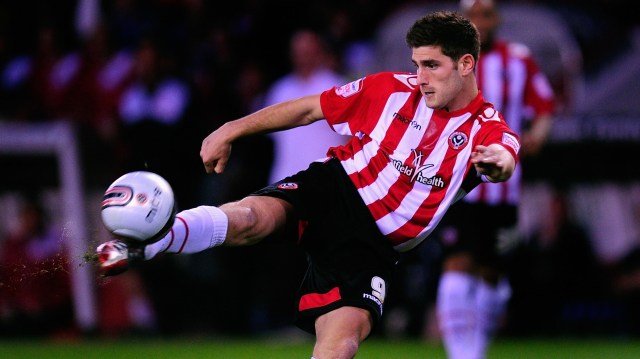 Welsh soccer star Ched Evans is at the center of an outcry in the UK as he seeks to continue his career as a top flight striker when he is released from prison after serving two years of a five-year sentence for raping a 19-year-old girl. Bosses from Sheffield United, the club that paid $5 million for him in 2009, haven’t ruled out a return when Evans is free – sparking a furor that has even involved the country’s Deputy Prime Minister.

Evans, a former Manchester City player, denied raping the teen and his family and girlfriend have stood by him. But 145,000 people have now signed a petition saying the club should never take him back. So should the Welshman be free to play again – or be banned for life? Here’s five facts about Ched Evans you need to know.

1. Evans Admits Having Sex With the Teenage Waitress But Insists it was Consensual 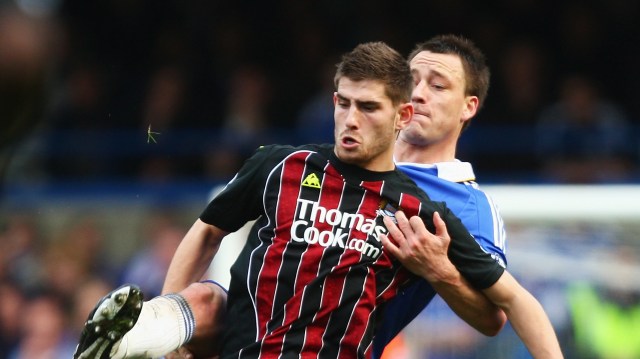 Evans, pictured in a tussle with defender John Terry when he played for Manchester City, has always maintained his innocence of any crime on the sordid night he teamed up with boyhood pal Clayton McDonald, a defender with a lower league team, to have sex with a waitress at the Premier Inn hotel room in Rhyl, North Wales. McDonald allegedly sent Evans a text message saying “got a bird” and the pair were both accused of having intercourse with her back at their hotel.

In 2012, a jury was told that the victim was so drunk after downing four double vodkas and a sambuca that she didn’t remember having sex with either man after meeting them outside a take-out restaurant. She awoke the next morning naked and alone. She told police she thought her drinks had been spiked. McDonald was acquitted moments before the jury found Evans guilty.

2. There is Video Evidence of Them at the Hotel

Dismissing Evans’ claim that the girl was willing to have sex with him, the judge said the CCTV surveillance tape of her arrival at the hotel was key evidence proving his guilt.

Judge Merfyn Hughes QC told Evans: “You have thrown away the successful career in which you were engaged. The complainant was extremely intoxicated. CCTV footage shows, in my view, the extent of her intoxication when she stumbled into your friend. She was in no condition to have sexual intercourse.”

3. The Disgraced Soccer Star’s Girlfriend is Standing by Him Even Though She Accepts he Cheated on Her

Evans’ girlfriend Natasha Massey dated the footballer for two-and-a-half years before the rape and still says he’s not that sort of guy. “My feelings over the cheating had to be put to one side,” she says in a TV interview.

4. A British TV Personality Said the Victim Had Too Much to Drink 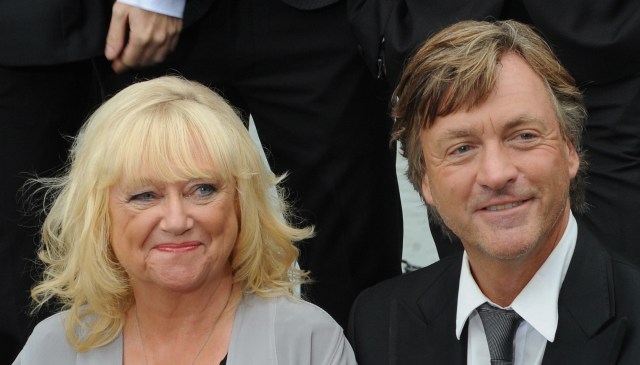 British TV personality Judy Finnegan was savaged online after she suggested in an interview that the victim in the Evans rape case did not receive any “bodily harm” and had “far too much to drink.”

Finnegan, pictured with fellow TV host husband Richard Madeley, said of the player’s proposed return: “If he does go back, he will have to brave an awful lot of comments obviously from the fans who are there. But, having said that, he has served his time, he’s served two years. The rape – and I am not, please, by any means minimising any kind of rape – but the rape was not violent, he didn’t cause any bodily harm to the person. It was unpleasant, in a hotel room I believe, and she had far too much to drink.

“That is reprehensible but he has been convicted and he has served his time. When he comes out, what are we supposed to do, just actually to refuse to let him do his job even though he’s already been punished?” 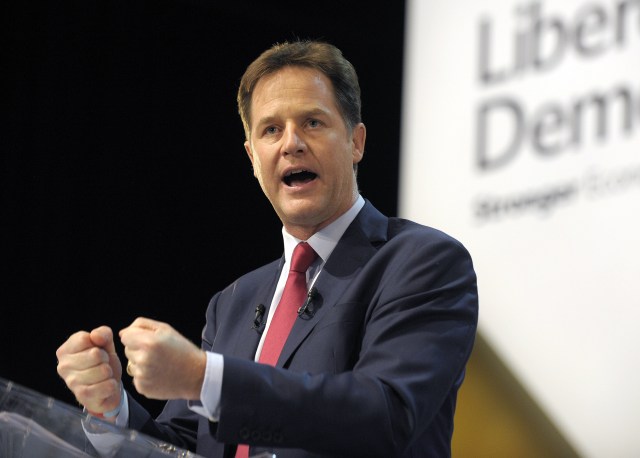 Clegg comes from Sheffield, the northern city where Evans played before he was locked up. The striker scored 35 goals for the Blades in the 2011-2012 season before going to prison but Clegg thinks the club owners should think “long and hard” before allowing him to play for them again.

“You are taking on a role model, particularly for a lot of young boys who look up to their heroes on a football pitch in a team like that, and he has committed a very serious crime. Rape is an incredibly serious offense, an unbelievably serious offense,” he said in a radio interview.

“He has done his time, but I just don’t believe that the owners of a football club can somehow wish away the fact that that has happened.”

Read More
5 Fast Facts, Crime, Prison, Rape, Soccer
Ched Evans wants to resume his soccer career after he is released from prison, where he served time for raping a 19-year-old girl.