Roy Keane has reportedly been involved in an altercation with someone at the Irish soccer team’s hotel in Dublin. The Irish Independent had earlier reported that police had been called to the Irish hotel in Dublin but the paper didn’t specify why. Despite rumors of an arrest, Keane has not been taken into custody, but the incident is still under investigation.

The Irish Times reports that a group of fans had assembled at the Irish team’s hotel in the hopes of getting autographs from a “well-known member of the Irish set-up.” A tussle occurred at some point. The Times adds that something was thrown “towards the member of the Irish soccer camp.” The fan was treated for after “being struck.” Police have not made any arrests in the incident.

The soccer association of Ireland have not commented on the altercation.

2. The Fan Wanted Keane to Sign a Copy of The Second Half

The Daily Record reports that the autograph hunting fan wanted Keane to sign a copy of Keane’s second controversial autobiography. The altercation happened in the hotel bar with one witness telling the Record:

One guy was reading Roy’s book and wanted him to sign it. I think Roy told him no and then there were words exchanged. It all just kicked off from there. There was lots of roaring and shouting after. An ambulance was called and your man was taken away. The players were coming in and out of the bar before and then they were called in to a private room. Everybody in the bar is talking about it. You don’t see something like that every day.

The new book didn’t really target any Irish teammates but did take aim at his former mentor, Sir Alex Ferguson.

Speaking of autobiographies, Keane’s former-teammate Rio Ferdinand is in Ireland promoting his book. During his visit, Ferdinand said that he had not problems with Keane.

3. Keane Seems to Be on Good Terms With Most of the Irish Team These Days

4. Irish Coach Martin O’Neill Is Trying to Prepare His Team for Their Upcoming Game With Scotland

The Irish team are due to fly to Scotland on November 13 for their game against the Tartan Army on November 14. The tension for that game has already been building with Scottish legend Gordon McQueen criticizing the Scottish-born players in the Irish team.

In addition to his role with the Irish soccer team, Roy Keane is the assistant coach at English Premier League team Aston Villa. The team is owned by U.S. billionaire Randy Lerner. 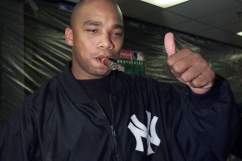