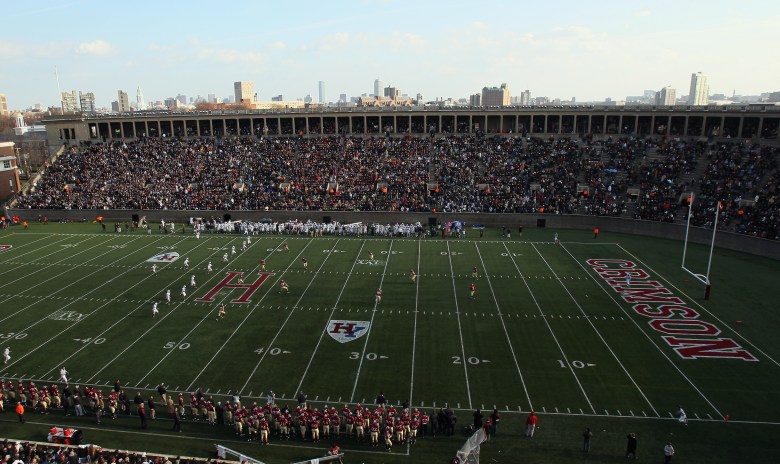 With Ivy League title implications at stake and ESPN College GameDay on hand, Saturday’s 131st meeting of “The Game” between Yale and Harvard might be one of the most anticipated in the series’ history.

At 9-0 overall and 6-0 in the league, the Crimson clinched at least a share of the Ivy title with last week’s 34-24 win over Penn. A win Saturday would give them the Ivy championship outright.

Harvard, on a Football Championship Subdivision-best 13-game winning streak, is ranked 14th in the FCS Coaches’ Poll and 15th in The Sports Network poll.

It is the first time ESPN College GameDay will visit Harvard.

Here’s what you need to know about the latest installation in one of college football’s oldest rivalry:

Yale enters riding a 5-game winning streak thanks in large part to its Football Championship Subdivision-leading total offense and No. 4 scoring offense. The Bulldogs top the FCS with 587.2 yards per game, while scoring 43.0 each contest. (Watch the highlight reel above of the Bulldogs’ 49-43 overtime win over Army on September 27.)

The Elis are led by quarterback Morgan Roberts and running back Tyler Varga. Roberts has thrown for 2,925 yards and 21 touchdowns and his average of 325 yards per game is second in the Football Championship Subdivision. Roberts also leads the country with a 68.7 completion percentage. Varga has 20 rushing touchdowns to go along with 1,296 yards (144.0 yards per game).

Roberts will look for senior wide receivers Grant Wallace and Deon Randall often. Wallace has reeled in 71 passes for 1,012 yards and 5 touchdowns, while Randall has put up a 67-889-6 line for the Bulldogs.

Yale’s defense hasn’t exactly held opponents out of the end zone, allowing 29.8 points per game, 84th in the FCS.

The Bulldogs’ lone loss this season came to Dartmouth, a 38-31 defeat on October 11.

While offense is what drives Yale, a stifling defense is what Harvard hangs its hat on. The Crimson allow just 11.0 points per game, best in the FCS, and have given up 20 points in a game just once this season, a 34-24 win over Pennsylvania last week. (The highlight reel above is from Harvard’s 49-7 rout of Princeton on October 25.)

One of only 2 undefeated teams in the FCS (Coastal Carolina, 11-0), Harvard also ranks in the top 10 nationally in rushing defense (2nd), first downs allowed (2nd) and total defense (9th). Matt Koran and Jacob Lindsey lead the way with 55 tackles apiece, while Zack Hodges has 6.5 sacks, giving him 25 in his career, most in school history.

But Harvard isn’t all defense. Behind a balanced offense, the Crimson scores 32.9 points per contest, good for 32nd in the nation. Paul Stanton, Jr., has rushed for 881 yards and 10 touchdowns, while quarterback Scott Hosch has thrown for 1,428 yards and 8 scores. Hosch took over the starting role when Connor Hempel (5 touchdowns) went down with an injury earlier in the season.

While Yale is enjoying its best season in years, Harvard is having a slightly better one and has had the Elis’ number lately. A home game, a chance at another undefeated season (17th in school history and third under coach Tim Murphy) and a shot to clinch the Ivy League title outright are on the line for the Crimson. Their defense steps up, the offense takes advantage of the Bulldogs’ porous defensive unit and the capacity crowd at Harvard Stadium goes home happy. 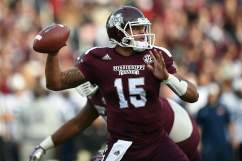