In an effort to extend their win streak to 29 this Saturday, The Florida State Seminoles take on the Georgia Tech Yellow Jackets for the ACC Championship. In the College Football Playoff Committee’s most recent poll, the Seminoles fell to No. 4 while Georgia Tech moved to No. 11 with a huge win over interstate rival Georgia.

Florida State (12-0) is holding on to the last the spot in the College Football Playoff, and seemingly can only maintain it with a win and a conference title on Saturday. Georgia Tech is looking for the university’s first conference championship since 2009. This is the fifth year that Bank of America Stadium is hosting the ACC Title game.

Here’s what you need to know before Saturdays game:

1. Florida State Won The ACC Title the Past 2 Seasons

By now, most college football fans know the story of Florida State and Jameis Winston. All they do is win. For the past two seasons, the Seminoles have played every game with a big 0 in the loss column. They carry the heavy burden of a 28-game winning streak into the game, including two consecutive ACC titles.

In 2012, EJ Manuel brought the Seminoles into Bank of America Stadium to face off against Georgia Tech. It was an odd turn of events to get Georgia Tech into the ACC title game because they finished third in their own division. GT was allowed in because the two teams ahead of them in the standings (Miami and North Carolina) had NCAA imposed sanctions, thrusting the 6-6 Yellow Jackets into the conference championship.

In 2013, QB Jameis Winston, WR Kelvin Benjamin, and LB Telvin Smith led FSU to a win over Duke, who really did looked like a basketball school in the 45-7 blowout, as shown in the video above.

With ESPN’s most recent unveiling of the College Football Playoff Rankings, the committee showed a real disdain toward Florida State by dropping them to No. 4. The only undefeated team left in the five major conferences has now been leapfrogged by three one-loss teams (Alabama, Oregon, and TCU).

Where would College Football be without a guy like Jameis Winston? Every since Johnny Football left, Winston has filled the void as the most polarizing player in all the land. He has had it all.

Controversy? You kidding me?

I wrote earlier this season that I didn’t feel like Winston was going to be a star in the NFL, but he is clearly a great talent and somebody will take a chance of the young kid and groom him into that starter. As a Heisman Trophy winner and National Champion, he doesn’t have a lot left to prove in Tallahassee, so its feasible that he will have played his last conference game this Saturday. Looks like fans will have to find somebody new to pick on.

4. Georgia Tech’s Offense will Cause Problems for Florida State

Not many Division I college teams run the triple option offense anymore outside of Georgia Tech and the service academies (Army, Navy, Air Force). Because it is so unique and difficult to prepare for, some teams are surprised by the rare qualities of the offense. As of right now, the Georgia Tech offense ranks 3rd in overall offensive efficiency, while Florida State’s defense ranks 44th in defensive efficiency. Matchup problem.

Earlier this season, FSU played a home against FCS team Citadel, who runs a triple option offense like Georgia Tech. In that game Florida State allowed a season-high 250 rushing yards and 4.5 yards per rush. FSU coach Jimbo Fisher should have his guys ready to go here; future NFL draft prospect linebackers Terrence Smith and Reggie Northrup have to stay disciplined throughout the game and not allow sweeping run plays for chunk yardage.

5. Florida State is a 4-Point Favorite

As of this writing the Noles’ are a 4-point favorite over Georgia Tech, according to SportsInsights.com. Doesn’t seems like a lot of points, and it’s a neutral site game, so take Florida State. Right? Consider this:

Many have been piling on the anti-Florida State bandwagon for weeks now, but for good reason. The last four weeks, FSU has only covered one time, making them a mere 3-9 against the spread this season. Sports betting-wise, this game seems the most intriguing of all the games on the board this week, because you never really know what to expect from Winston and company. This might be a classic stay away game, but if I had to choose a side, I’ll swallow the points the take Florida State giving the 4 points. 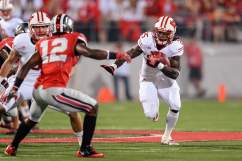