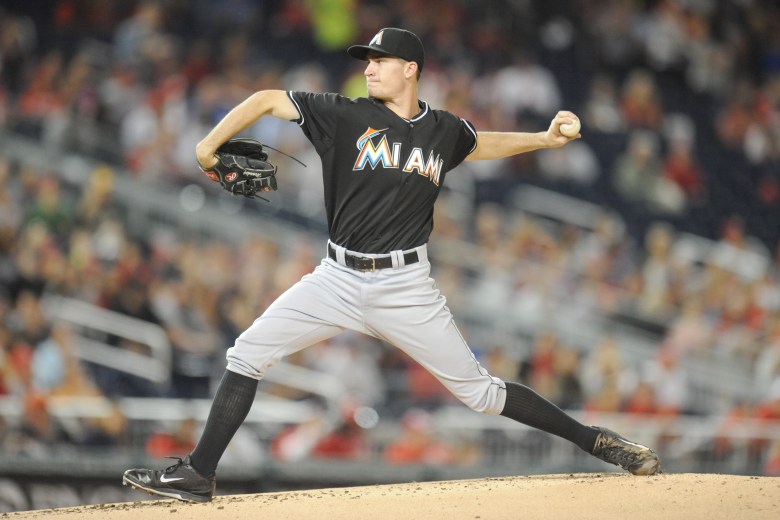 On Wednesday, the Los Angeles Dodgers acquired top pitching prospect Andrew Heaney from the Miami Marlins. The 23-year-old had a 5.83 in three starts this seasons for the Marlins.

According to the Los Angeles Daily News, the full trade includes:

Heaney, as well as the other three players involved in the trade, are under team control for 2014 to create more roster flexibility for the high-spending Dodgers. He was reportedly coveted by multiple teams.

Heaney was the 9th overall pick in the 2012 MLB Amateur Draft. He played collegiate baseball at Oklahoma State.

2. Heaney is Among MLB’s Top Prospects

In Andrew Heaney, @Dodgers are getting @MLB.com's: No. 18 overall prospect No. 2 LHP prospect No. 1 Marlins prospect pic.twitter.com/7eBPdkVfEF

3. Heaney Pitched Well in the Minors In His 2 Seasons

4. He Made His MLB Debut This Season

5. The Dodgers Cleared Their SS Logjam By Acquiring Heaney

Earlier in the day, the Dodgers acquired long-time Phillies SS Jimmy Rollins, which is why the Dodgers so freely looked to trade Gordon.